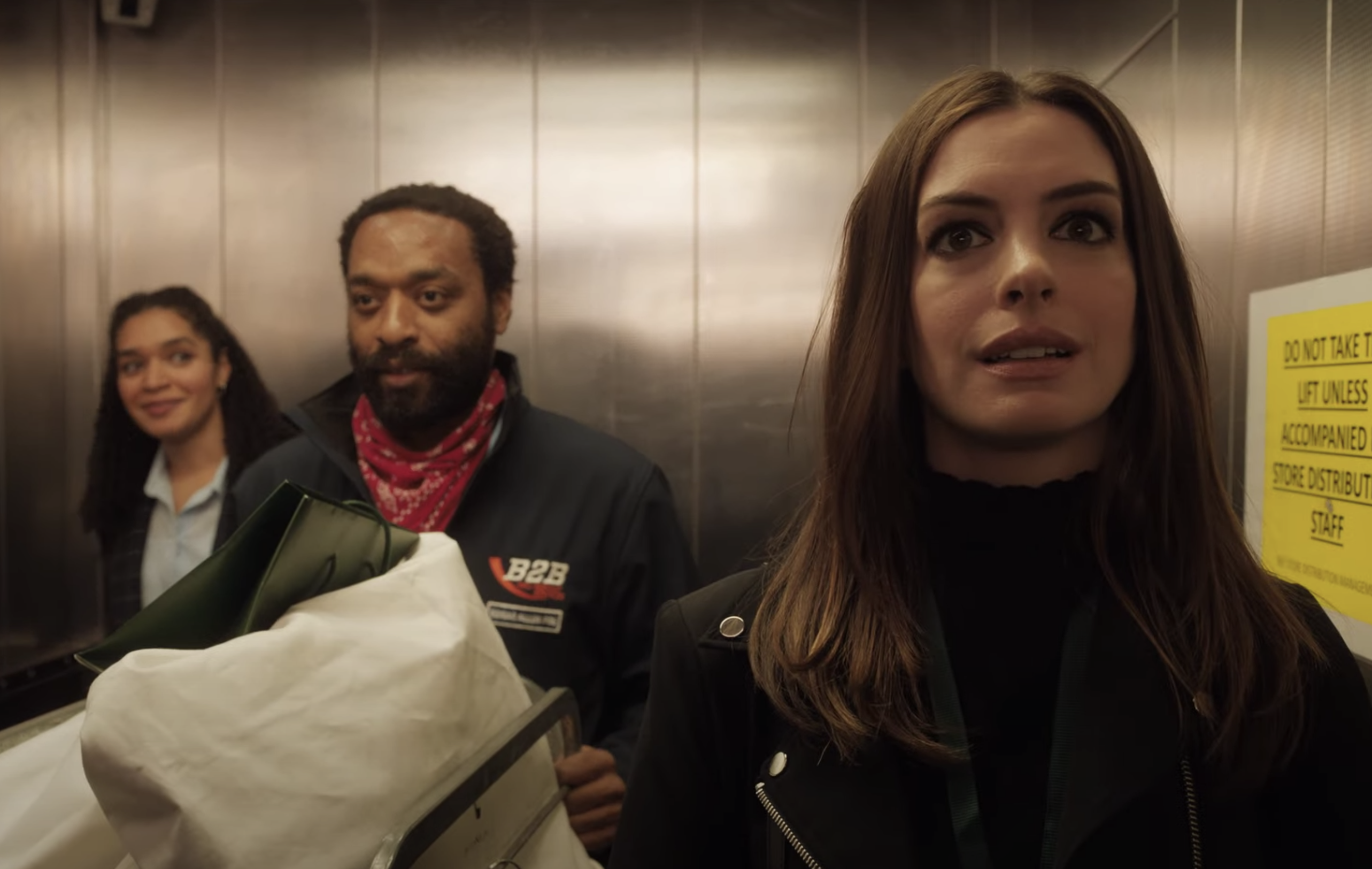 It’s difficult not to feel even just a little depressed about the fact that the COVID-19 pandemic has been raging long enough that we’re starting to get major movies about it. The Michael Bay–produced Songbird, which hit video on demand in late December, proudly touted itself as the first, and was merely a cheap and shameful attempt to capitalize on two global menaces, by which I mean the coronavirus and Bay himself. But now, Doug Liman—who gave us The Bourne Identity, Mr. & Mrs. Smith and Edge of Tomorrow—presents us with the second Hollywood movie on the subject with the HBO MAX original Locked Down.

Linda (Anne Hathaway, The Devil Wears Prada, Les Misérables) and Paxton (Chiwetel Ejiofor, 12 Years a Slave, Doctor Strange) have been together for 12 years when they realize that their relationship is over and decide to break up—only to find that they can’t because they are living together in London, which is suddenly put on lockdown due to the global health crisis. They do their best to cohabitate while driving each other insane as the tension of the situation becomes increasingly maddening for them both.

Linda is a highly placed executive who is dying inside because she hates what her job has turned her into, while Paxton, a recovered heroin addict who has a criminal record because of an incident a decade ago, is desperately trying to hold onto his employment driving a cargo-transport van. But when fate presents them with a once-in-a-lifetime opportunity by giving them exclusive access to a diamond that is worth £3 million and on display at Harrod’s department store, they must decide whether to work together and go through with a plan to use the circumstances of the COVID regulations to their advantage to pull off the perfect crime.

Liman’s knack for brisk pacing serves the movie well. The bulk of the film is confined to the couple’s apartment and the street outside it, and the majority of the significant supporting players, from Ben Stiller to Ben Kingsley, appear on Zoom meetings or Facetime calls. But this is definitely the kind of movie that lives or dies based on the lead actors, and luckily, they are both great.

Hathaway, who hasn’t exactly been on a hot streak in her career, does this sort of light comedy as well as anyone, and she’s in top form here in the best star-vehicle role she’s had since Colossal. But while Ejiofor may be mostly associated with heavier fare, he’s more than capable with comedy and can be very charming. The story requires these actors to alternate between projecting the impression that they don’t belong together at all to moments of strong connection and chemistry, and it’s testament to the skills of both—and to their director—that they pull off that tall order so effectively.

The screenplay, by Steven Knight, is funny and fresh, which came as a relief to me after he gave us Serenity (the wretched movie that Hathaway was in, not the shiny one that Eijofor was in over the last decade) and the unwatchable, Guy Pearce version of A Christmas Carol. But he’s much better when he’s not trying to be so brashly edgy, and it’s nice to see that he can do something that’s intentionally comedic instead of accidentally so. The interplay between Kingsley and Ejiofor is a hoot—what else would you expect from the stars of Schindler’s List and 12 Years a Slave?—and Merchant gets a couple of big laughs.

Locked Down is a unique take on the heist movie, but more than anything, it’s a good relationship dramedy. I have to single out the delightful Hathaway again as the MVP, making a great comeback, and as a big Mr. & Mrs. Smith fan, I really enjoyed seeing Liman tackle the complexities of love and not killing each other again. It’s not necessarily a modern classic, but it’s awfully enjoyable and even a bit cathartic during these mind-numbing times. –Patrick Gibbs