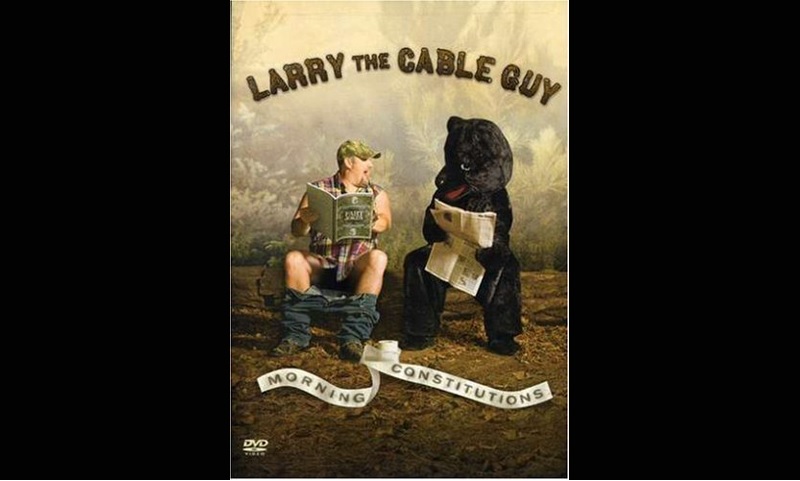 Daniel Whitney, or as America knows him, “Larry the Cable Guy,” is a marketing genius. Work with me here. When he first started taking his comedy to the stage, he learned that the square, irreverent white-guy routine was not only covered, but done much better by others. Changing his persona drastically, Larry was born, pandering his tailor-made routine to southern, or “redneck” culture. Though the subject matter of much his material remains intact, it is heavily altered to match his new moniker. Today, the camouflage-hat-wearing comic makes millions starring in movies, music videos and comedic DVD and CD releases. While I’m not demanding all standup comedy to be laced with philosophy, one element of it that IS important to me is honesty. “Funny” is subjective, but standup comedy is a catharsis, and it can mean much more to a listener if it’s not marketed as a product. Dig deeper, and avoid this like a sweaty turd in your drink. -Conor Dow