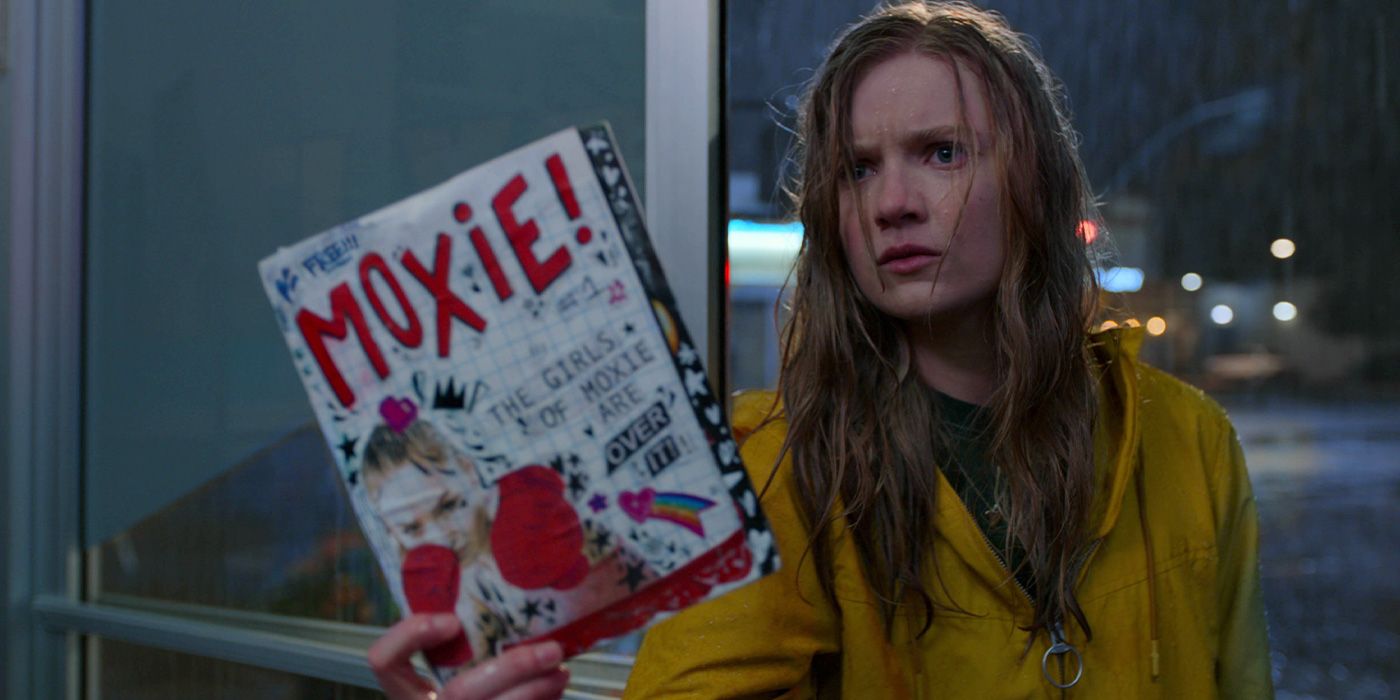 The 2003 comedy Mean Girls was a turning point for a lot of people, most of all for Tina Fey, who used the opportunity to rocket to enormous success behind the camera. It’s not surprising that her fellow alumna and gal pal Amy Poehler‘s second film, Moxie, plays like something of a companion piece. But it’s interesting that it feels almost like a counterpoint or rebuttal.

Vivian (Hadley Robinson, Little Women), a seemingly shy 16-year-old, has always preferred to keep her head down and fly under the radar. But when the arrival of a new student named Lucy (Alycia Pascual-Peña, Saved By The Bell) forces her to examine the unchecked behavior of her fellow students running rampant at her high school, Vivian realizes she’s fed up. Inspired by the rebellious past of her mother, played by Poehler, Vivian anonymously publishes an underground zine called Moxie to expose bias and wrongdoing in her high school, and unexpectedly sparks a movement. Now at the center of a revolution, Vivian begins to forge new friendships with other young women and allies, reaching across the divide of cliques and clubs as they learn to navigate the highs and lows of high school together.

Moxie takes the Mean Girls’ model of “girls can be so awful to each other” and provides a welcome alternative story of sisterhood and empowerment. But the well-intentioned storyline and screenplay from Tamara Chestna and Dylan Meyer, adapted from the novel by Jennifer Mathieu, is biting off a lot in terms of ideas, observations and lessons it wants to teach, and it doesn’t have enough time to masticate. For example, it does a great job addressing the humiliation and ill treatment of a girl who gets sent home for wearing a tank top at school—singled out when she’s not the only one doing it but happens to be the one who is viewed as a distraction because she’s busty.

At the same time, it seems oblivious of the feelings of the girl who wears the same clothing yet gets pointed out as not garnering the same kind of consideration as the first girl. Now, this is a 90-minute movie, and they can’t cover every single wrong that teenagers can do to each other, but there are moments like that where it seems impossible to miss the problem that arises. The ending manages to wrap up too neatly while introducing a serious, new plot element that isn’t even close to adequately resolved by the time Poehler jumps to the dreadfully executed denouement.

The cast is strong, with Robinson and Pascual-Peña standing out as engaging and charismatic young stars in the making. Patrick Schwartzenegger (Midnight Sun) has a lot of presence as the school’s resident alpha-male jackass. Poehler is charming as ever, but Oscar winner Marcia Gay Hardin is given a frustratingly underdeveloped character, and Clark Gregg (The Avengers) is just lucky his character has a name. Poehler does show some promise behind the camera, particularly in terms of working with actors.

Moxie still gets a strong recommendation from me, both because the good outweighs the bad and because it should be a jumping-off point for meaningful conversations about chauvinism and marginalization. Most importantly, it’s about building each other up by standing together, as well as the importance of effective and well-thought-out approaches to activism. –Patrick Gibbs