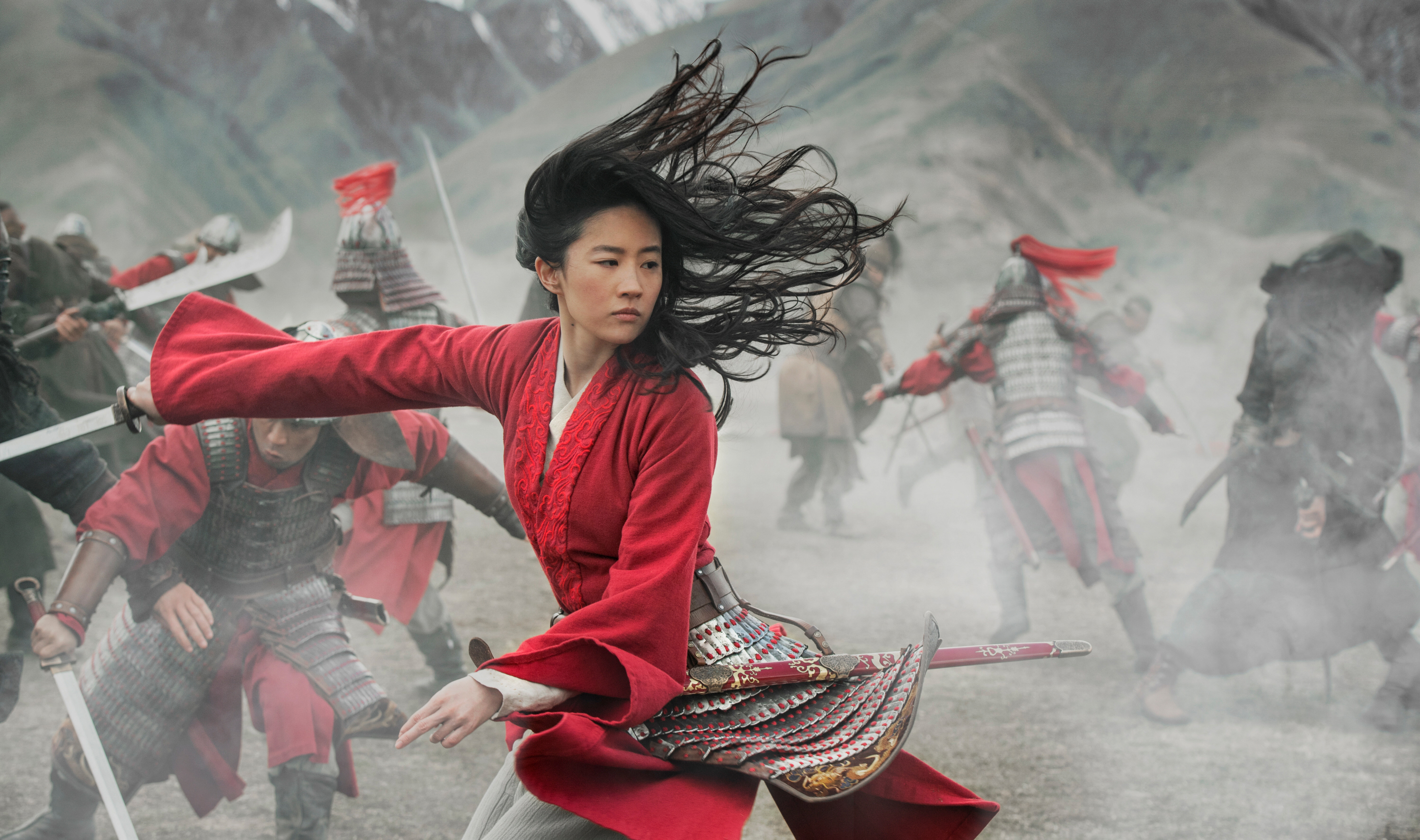 The Disney remake factory has become very tedious, especially since they started doing films from the ’90s, which have all been—to be kind—uninspired rehashes that play like seeing a community theatre version of the original (albeit a community theatre that is getting a truly insane amount of ZAP tax money). It’s easy to forget that a select few of these remakes have actually been good films in their own right: The Jungle Book was faithful to the feel of the animated classic while incorporating more of Kipling‘s original material, and Cinderella stood on its own as one of the best versions of the story. That sort of boldness seemed to be gone, but with the long awaited release of Mulan, director Niki Caro has restored honor to the Disney name.

Hua Mulan (Liu Yifei) is a young woman who was once an adventurous tomboy and shared a tight bond with her father, Hua Tzu (Tzi Ma, The Farewell, Tigertail). Mulan refuses to repress her natural Qi (or ch’i), a material energy and life flow that isn’t stolen from George Lucas—he stole it from the Chinese. Hua Tzu indulges Mulan until he becomes convinced that by not recognizing her place as a woman, she will bring dishonor to herself and her family.

Years later, when Mulan is a young adult and the family is trying to match her to a suitor, China is invaded by warriors from the North, and the Emperor issues a decree that one man per family must serve in the Imperial Army to defend the country. Hua Tzu steps forward to defend the family honor, but knowing that her aging father will be killed, Mulan sneaks out and takes his place. Masquerading as a man, Hua Jun, she is tested every step of the way and must harness her inner strength and embrace her true potential.

Caro (Whale Rider, North Country) is a very talented director who proves to be an inspired choice to helm this epic action-adventure tale, expertly staging elaborate fights and battle sequences while keeping the film grounded in a soulful, introspective tone that perfectly captures the character. Like Cinderella before it, this film recognizes that it’s telling a classic and timeless tale that wasn’t created by Disney, and allows it to be not so much a remake as an alternate telling of the story.

While there are plenty of respectful nods to the animated film, including musical refrains peppered through the score, there’s no singing, no cricket, no talking dragon and no slavish attempt to please the crowd that actually wants these to feel like an overblown TV special. This version uses different names for many of the supporting characters and focuses on entirely new ones, including Xianniang (Gong Li, Memoirs of a Geisha, Miami Vice) who allies herself with Böri Khan (Jason Scott Lee), the warrior who seeks to overthrow the Emperor. Xianniang is a great character who adds an unexpected new depth to this version and expounds on the feminist themes of the ‘90s film in bold new ways.

The cast is all quite good, and Liu Yifei does a great job in the title role. But there’s no question that the breakout star here is Caro herself. Mulan is a stunning directorial achievement aided by an equally brilliant cinematographer, Mandy Walker (Hidden Figures), and while it certainly belongs on the big screen, Disney has made the right choice under the circumstances. For all the uproar over the $29.99 price tag, this isn’t like paying $20 to get The King of Staten Island for 48 hours. The Premium access fee allows you to watch Mulan as many times as you like as long as you stay subscribed to Disney+, and if you like the film half as much as I did, you’ll watch it more than enough times to make the cost seem inconsequential.

Please don’t get me wrong: I love the animated Mulan, which is exactly why I don’t feel the need to see it done over again as the exact same movie. But if all you want is that version again, this isn’t you. I’m thrilled by this more grown-up take, and in the most pivotal moviegoing weekend of the year, when Tenet tries to prove that movies are still viable on the big screen and Mulan goes the streaming route, as a cinephile, I really want to be supporting the theatrical experience. But Mulan isn’t just the safer and more responsible choice, it’s simply the better film. –Patrick Gibbs