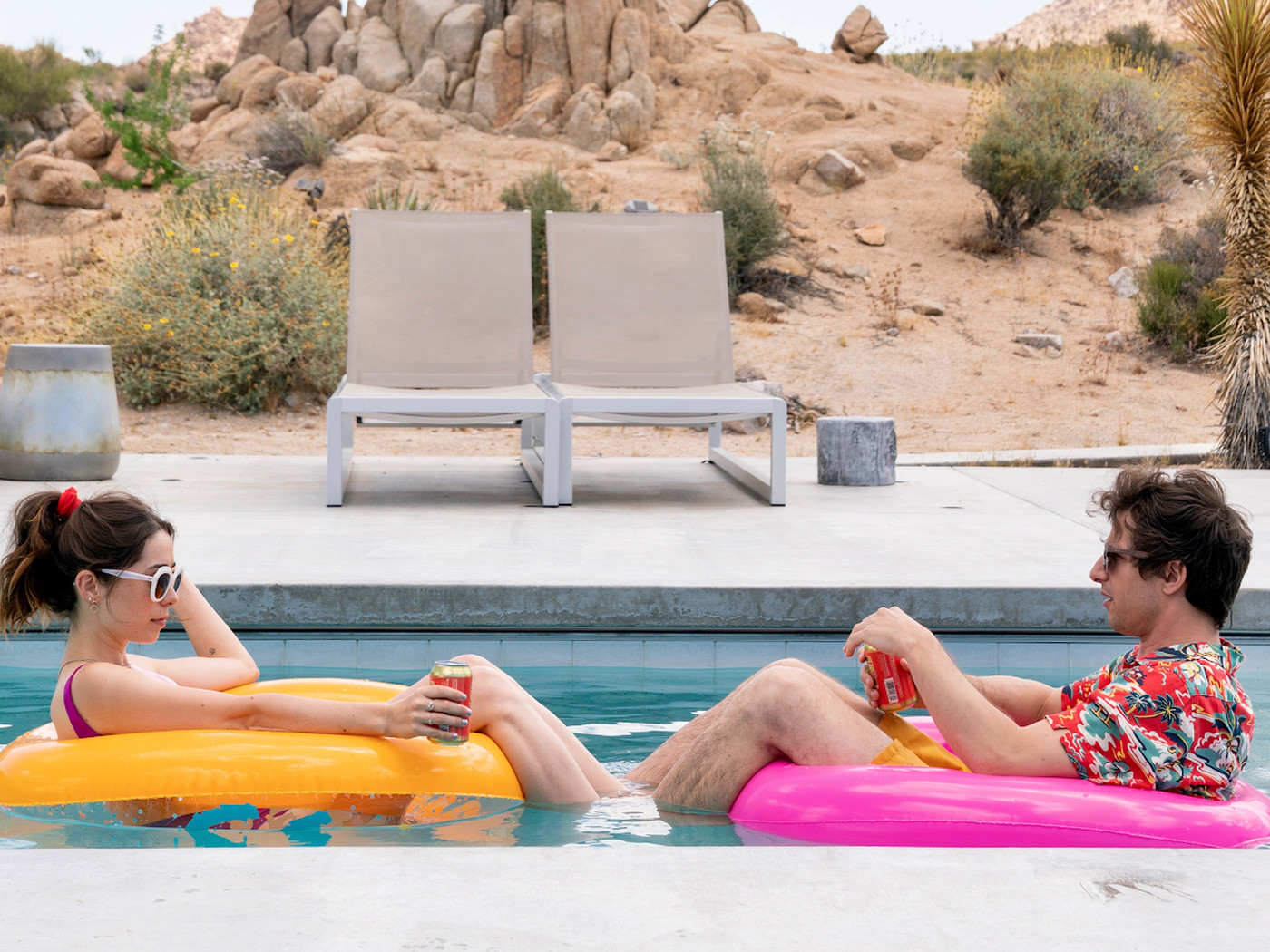 Sometimes, a film comes along that is so unique and based around such a great concept that it becomes a genre unto itself. It’s one thing when that movie is Die Hard, but it’s another when it’s Groundhog Day. It’s an arguable point as to whether every single time-loop movie is truly just a reworking of the 1993 gem, and one could argue that Groundhog Day was influenced by other films such as Krzysztof Kieślowski’s Blind Chance. But in the popular consciousness, Bill Murray and Punxsatwney Phil are iconic. In the past 15 years, movies such as Source Code, Edge of Tomorrow and two Happy Death Day movies had played with time loops and managed to gain fans despite the obvious comparisons, but they were all at least in different genres. Palm Springs, the new film from director Max Barbakow and writer Andy Siara (The Duke: Based on the Memoir “I Am The Duke” by J.P. Duke), is another light romantic comedy, and that makes it a Herculean task just to even try to step out of the Groundhog’s rather imposing shadow.

As the film opens, we meet Nyles (Andy Samberg), who is attending a destination wedding with his girlfriend, and seems to be off in his own world and completely disinterested in what is going on around him. Meanwhile, Sarah (Cristin Millioti), the older sister of the bride and reluctant maid of honor, doesn’t want to be there either, as she is known as the family screw up and feels like the entire wedding is a monument to her own failures and her family’s disapproval of her life choices. When Sarah meets Nyles at the wedding, the two hit it off and almost hook up. This is when an unexpected turn of events splits them up, and leads to Sarah following Nyles into a mysterious cave.

She wakes up the next morning, only reliving the previous day, and goes to confront Nyles, who tells her that she is now stuck in “one of those time loop situations you hear about.” The two of them are now both reliving the day of the wedding ad nauseum, and eventually Sarah decides there is nothing else to do but stick with Nyles and try to enjoy the ride.

Palm Springs plays more than a bit like Groundhog Day as written by Charlie Kaufman, and it’s actually even better than that sounds. It’s hard to overstate how much I enjoyed this surreal and cerebral comedy. Yes, it  features plenty of moments that are variations on what we’ve seen before, but they are all funny, and when it comes to the romance, it’s quite a bit deeper than the aforementioned comedy classic. As if that wasn’t enough, it features one the top-ten most memorable characters ever played by J.K. Simmons, and if that doesn’t make your mouth water, you’re probably not enough of a movie geek to really care about whether the premise has been done before.

Samburg proves that he’s more than just a great sitcom star: He's actually a terrific actor, and Millioti (Sleepwalk With Me, The Wolf of Wall Street, and the titular mother on How I Met Your Mother) is a revelation, and the last time I felt like I was seeing such a dynamic future star an indie comedy was Aubrey Plaza in Safety Not Guaranteed.

Punxsatawney Phil's specter pops up throughout, and there is just no getting past that fact. But Palm Springs is the kind of film that makes you rethink your idea of what “originality” means, and it’s easily one of the best movies of 2020 thus far. –Patrick Gibbs