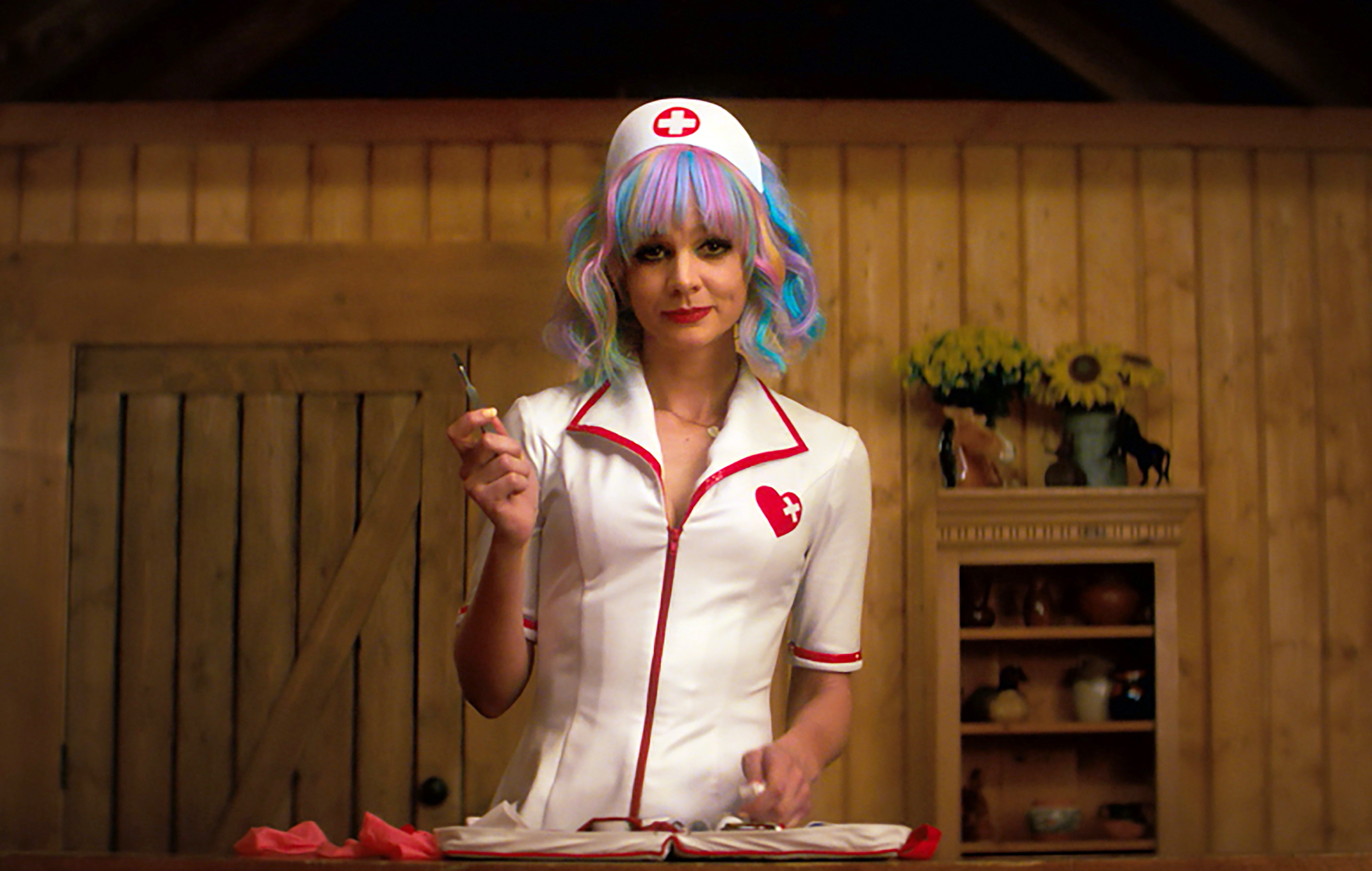 In the aftermath of the explosion of the #MeToo movement and the Brett Kavanaugh hearings, some people that I knew expressed a fear that their male children would grow up in a world where they had to live in constant fear of accusations. I’m not a parent, and I won’t directly criticize anyone’s feelings of protectiveness for their kids. But I am the most involved uncle you’ll ever meet, and I have two little nephews that I’m helping raise. There’s nothing good in this world I don’t want for them, but on the top of that list is the desire for them to not grow up with belief that their gender comes with privileges or expectations that guys behave a certain way, getting some sort of a free pass to do something just because it’s what guys do. I want a better world for them, and that means one that demands that they be better.

In Promising Young Woman, Carey Mulligan (An Education, Inside Llewyn Davis) stars as Cassie, a young woman who was going places. She was in med school, toward the top of her class and seemed destined for amazing success—that is, until she dropped out. Cassie is now 30, living with her parents and working as a barista. However, nothing in Cassie’s life is what it appears to be, and she is living a secret double life by night. She hangs out at clubs pretending to be too drunk to drive and turns into something in between Michael Keaton‘s Batman and Michelle Pfeiffer‘s Catwoman when some unsuspecting joker takes her home and tries to take advantage. During one of her stints, a chance encounter gives Cassie an opportunity to take things to a whole new level and exact vengeance on a few select figures from her past. But when she starts falling for a nice young doctor (Bo Burnham, The Big Sick, Parks and Recreation) and lets some of the walls she’s carefully put up go down, she starts to wonder: Should she go through with her plans, or let go of the past?

Writer-Director Emerald Fennell has created a daring and mesmerizing Count of Monte Cristo for the #MeToo era, a film that is smart, sassy and as wickedly entertaining as it is, at times, disarmingly uncomfortable. Mulligan is unforgettable, vividly portraying the most complex and interesting anti-hero I’ve seen on film in a very long time. Cassie is as tough as they come, and as strong and sympathetic as an angry and vengeful character can possibly be—truly, probably more sympathetic than I thought one could be—but her few moments of vulnerability are so devastating that I’m honestly shaking while writing this paragraph about it. For whatever it’s worth, she’s my choice for the Oscar.

Burnham, who wrote and directed the brilliant Eighth Grade, stands an excellent chance of adding Best Supporting Actor to his list of nominations he should have gotten but was passed over because Hollywood feels threatened by him, and Alison Brie (Happiest Season) gives a ferociously memorable performance as an old college classmate, as does Chris Lowell (The Help). Adam Brody is great in a cameo as one of the men who puts the moves on Cassie, and Laverne Cox, Clancy Brown and Jennifer Coolidge round out the impeccable ensemble.

This is one of the smartest, boldest and most elegantly crafted screenplays in recent memory, and the kind of film that makes you anxious to watch it again and see what you glean from it on repeat viewing. Fennell’s direction is assured and steady, keeping things visually interesting without feeling a need to get flashy. A very exciting new voice in cinema emerges with Promising Young Woman, and the next Emerald Fennell film will be something I look forward to with great anticipation.

On the whole, I think that this is a film that many people really should see, but in particular, it’s a must-see for guys out there who are feeling threatened, defensive and angry. I’m not saying that Promising Young Woman is necessarily going to change their minds, but it should at the very least give them something to think about while they whine about how scary it is to be a man these days. –Patrick Gibbs