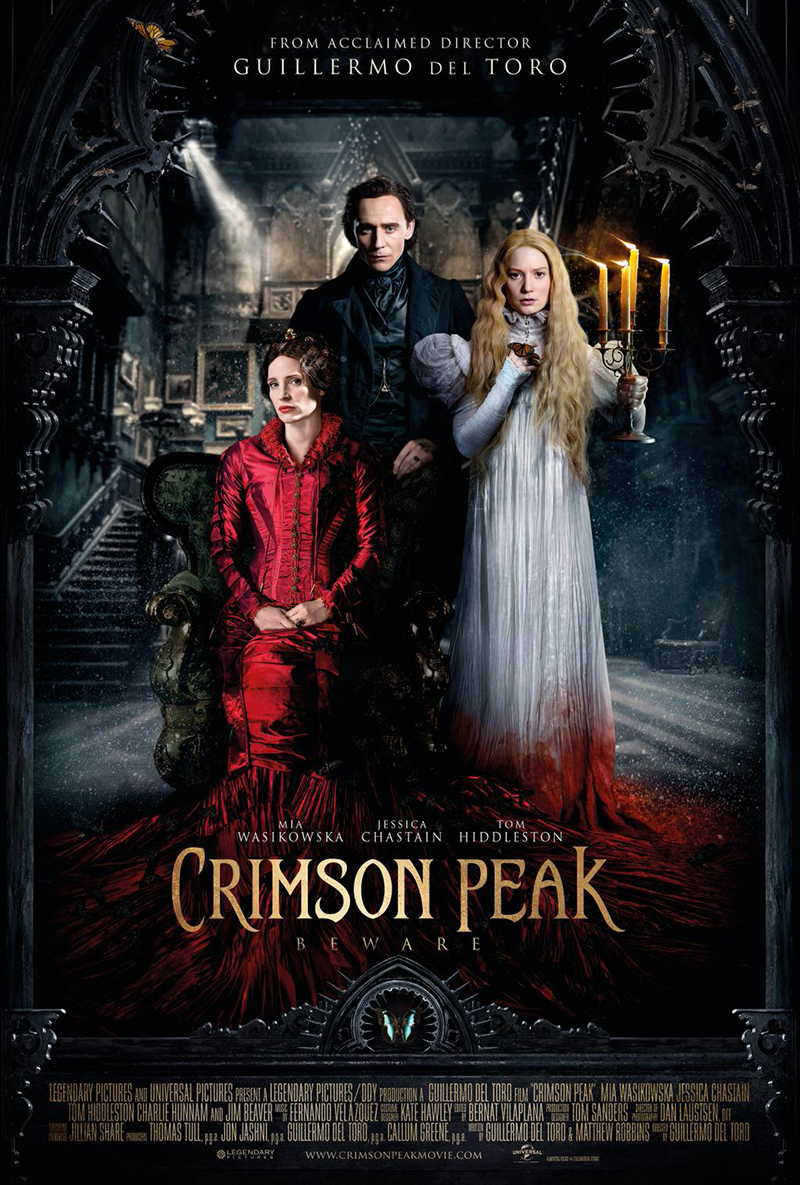 In a time where horror films have ultimately resulted in the umpteenth found-footage night-vision recording where nothing really happens, it’s a delight to have the opportunity to enjoy a well-crafted thriller developed by a skillful director. Guillermo del Toro transports viewers to the past and engulfs us into the world of Edith Cushing (Mia Wasikowska) as she becomes involved with the dashing yet mysterious Thomas Sharpe (Tom Hiddleston). After the two wed, they move into his family estate with his sister, Lucille (Jessica Chastain), where ghosts roam and warn Edith of things to come. Crimson Peak is one of those films where everything is a mystery, and to say too much would be a disservice to the production. Just go see it. Del Toro paints a beautifully horrific portrait that consumes the screen with ghastly images that are too striking to turn away from or close your eyes to. Beyond the exquisite cinematography and magnificent costumes, the sets are absolutely stunning and allow onlookers to reminisce about the genre’s earlier years and a better time in cinema. Sure, the obligatory cheap scares and thrills are present, but the film’s overall chilling tone is what will keep you grinding your fingernails into the seat’s armrest for the entire running time. –Jimmy Martin