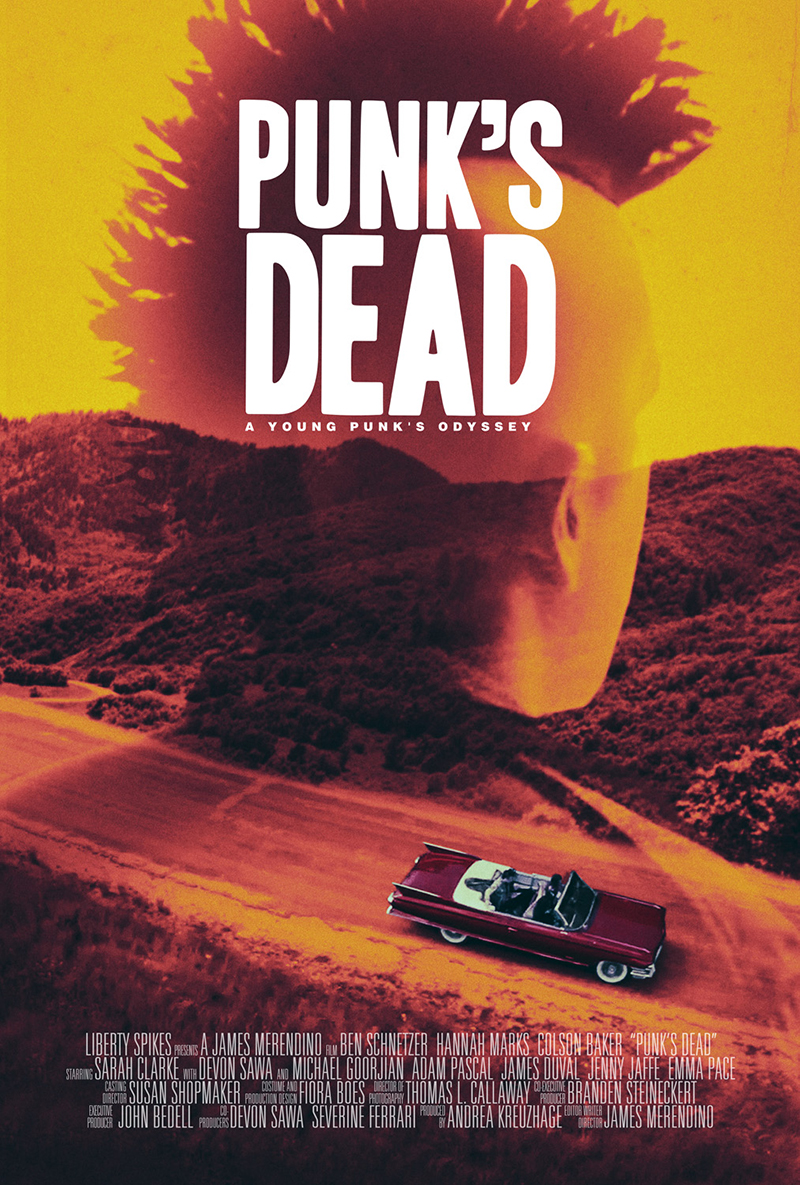 Before I moved to the Beehive State in the fall of 2000, one of my only references to this fascinating city was an independent movie titled SLC Punk. I watched it more times than I can remember and enjoyed every viewing for its exciting acting, energetic soundtrack and local resonance. It’s been 18 years since its release with multiple rumors that a sequel was on the horizon. As much as I enjoyed the first installment, I questioned whether or not it required or deserved another engagement. The initial ending was pretty cut and dry. Sadly, my concerns were affirmed after witnessing SLC Punk 2, a 65-minute (75 with credits) continuation of once-beloved characters who should have remained untouched until the end of time. Essentially, the deceased Heroin Bob (Michael A. Goorjian) returns to narrate the story of his son, Ross (Ben Schnetzer), a straight-laced, death-obsessed goth who must come to terms with his emotions after losing his girlfriend while driving to a punk concert with his friends Crash (Richard Colson Baker) and Penny (Hannah Marks). While the kids venture to the venue, Ross’ mother, Trish (Sarah Clarke), rallies all of the willing previous characters, including Sean (Devon Sawa), John the Mod (James Duval) and Eddie (Adam Pascal), to help locate her rebelling son. There’s not much more to it than that. Once again, James Merendino attaches a fantastic soundtrack that includes everything from Rancid and Screeching Weasel to New Order and David Bowie, along with a great message of punk music engaging the audience with a love for music, but that’s where the positivity ends and the chaos begins. The entirety of SLC Punk 2 comprises simple two- to three-minute scenes and music montages, which all fade to black. It’s a vicious cycle that never ends. The acting is nonexistent because the screenplay refuses to offer anything with substance. Any attempt for characters to showcase emotions is for naught, since there is absolutely no foundation to build said relationships. For something that’s been in the making for almost two decades, one would hope for more than a 65-minute shoddy, slapped-together pile of gibberish. Some franchises and their characters should be left alone and admired from afar, and this is certainly one of those cases—an absolute disappointment. –Jimmy Martin