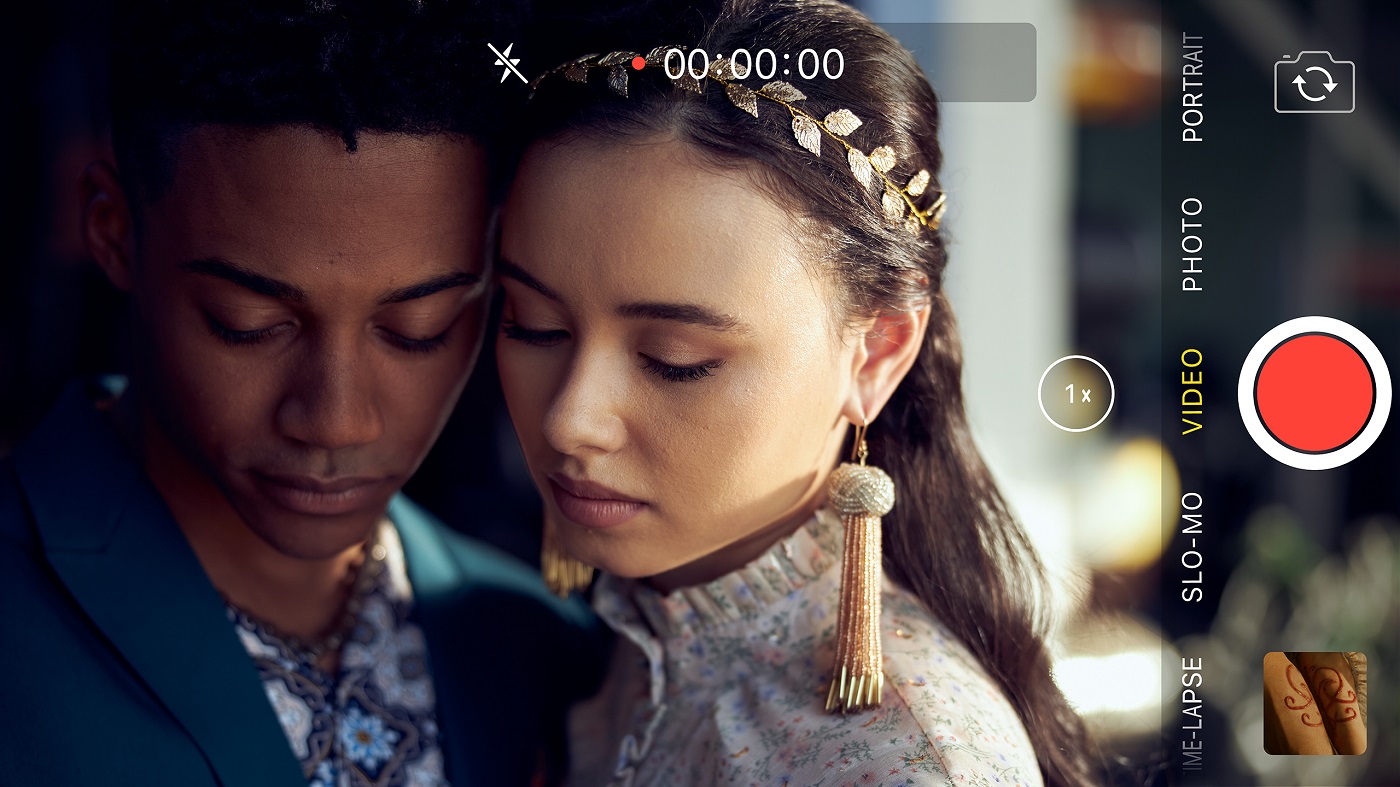 There are a lot things that make me old, but a version of William Shakespeare’s Romeo and Juliet that makes Baz Luhrmann‘s psychedelic and visionary Romeo + Juliet feel like an old-school, traditionalist take on the material may take the proverbial cake, and while it’s not entirely successful as a film, director Carey Williams’ feature debut, R#J, does do that much.

R#J tells the tale of a war brewing between rival houses, but captures it in a new and genuinely unique way. Montague and Capulet Gen-Zers are using their cell phones to document the eruptions of violence plaguing their communities. In the middle of it all, Romeo (Cameron Engels) discovers the artwork of Juliet (Francesca Noel) at a party, and the two inevitably fall in love. As tensions between their families escalate, the two plead for peace and desperately search for a way to escape their star-crossed destinies.

The story is told entirely through social media and smartphone screens, blending text messages and Shakespearean dialogue. R#J takes us into the subversive love language of the moment, where GIFs, Spotify playlist exchanges and Instagram profiles kindle romance and unexpected windows of vulnerability.

There’s no question that this is an audacious and very interesting piece of filmmaking, and one that brilliantly captures young people in the cyber age. While it’s by far the most emotionally distant version I’ve seen, to some extent that plays to its advantage. Romeo and Juliet is perhaps Shakespeare’s most iconic piece, but it’s also the one that its just critically or socially acceptable among serious fans of the bard to count among your favorites. The reasons for this are just how incredibly overdone it has been, and the fact that anyone who reads or sees it and has an ounce of maturity eventually feels compelled to state that it’s not about love, it’s about infatuation. But, and I grant you that this may be an inflammatory statement, today’s online relationships—especially among younger people—are more about make believe and desire for connection than real romance, and whether it intends to or not, R#J captures that very well.

I had mixed feelings on the way film jumps between straight Shakespearean dialogue and text messages in modern slang, and even more so about modern additions to the dialogue (“You gave us the counterfeit fairly, motherfucker!”), and then there’s the matter of going so far as to add major plot elements, from Juliet grieving  a dead mother to a detailed modern origin behind the Montague and Capulet feud. I’m not a rigid purist, and I’m a fan of experimenting with new interpretations and bringing new ideas, but R#J pushes the choice not to treat the original text as scripture to a point where you’d better be able to roll with it in this context if you plan to watch the entire film.

The acting is inconsistent and at times bordering on amateur, with Noel’s Juliet especially leaving a lot to be desired. But there are some very strong moments from several cast members, especially Siddiq Saunderson’s Mercutio and a fun take on Friar Lawrence by Jacob Ming-Trent.

I kind of reached my breaking point with the gimmicky twist ending, which is neither as profound or as original as Williams seems to think it is, and just didn’t need to be there. R#J is inventive, and an exceptional piece of experimental storytelling, but it requires you to be well acquainted with the play in order to really follow it, but also open to seriously messing with Shakespeare’s work, and that limits its audience by a very significant margin. It’s more a very intriguing experiment than a particularly good film. –Patrick Gibbs