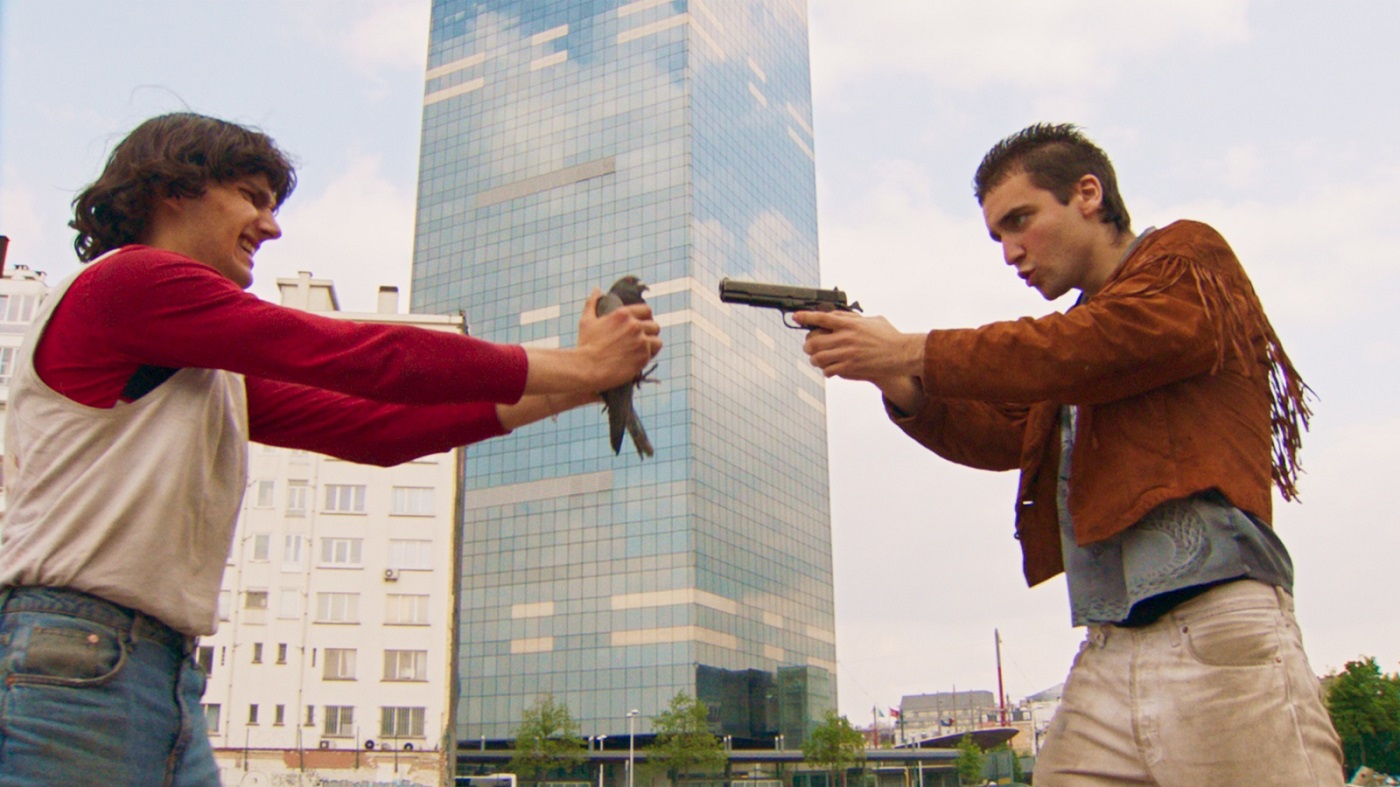 Baked within this year’s Midnight section lies Mother Schmuckers, a gleefully absurd take on the classic buddy comedy. The dynamic duo of brothers Issachar (Maxi Delmelle) and Zabulon (Harpo Guit) drive our loose—loose—narrative, and the film is essentially an hour and change of their self-inflicted misadventures. The film’s tone lies somewhere between a mock soap opera,  modernized slapstick and the stubbornly low-budget free-for-alls of Joel Potrykus, Frownland and Tim & Eric—above all else, Mother Schmuckers oozes personality. With an effects palate sourced straight from Movie Maker and an eye on the styles and techniques of a now-bygone era, co-writers and co-directors Lenny and Harpo Guit relish in the glitching, sometimes senseless approach to collage afforded by the early internet era.

Much of Mother Schmuckers’ humor comes from its high-velocity physical comedy and the directors’ penchant for situations that breach well past immediate credibility. Often, the jokes are in poor taste, punching down or pushing at the zero limit for simplicity and obviousness (or, more often than not, some combination of the three). That said, this willful stupidity actually breeds a host of hilarious moments. From our lead pair’s constant street squabbles to their involvement in a hyper-sexualized music video as a quick gig, their accidental admittance into a bestiality cult to their countless failed heists, there’s a wealth of goodwill in these “oh brother” scenes of misdirection. A few of the gags did leave a sour taste in my mouth and invoke a not-inconsiderable amount of groans and winces, and such is often the case when you show your ass and make everyone and everything you touch the butt of your jokes.

Mother Schmuckers is the kind of movie that feels resistant to honest criticism, as every flaw you might point out could be met with a disinterested “well, yeah” and a shoulder shrug from the filmmakers as they spark up another one. And perhaps that, too, is an element that carries over from their aughts nostalgia—a belief that making weird-ass art need not satisfy any other need than to make weird-ass art. It’s absurdity for the sake of absurdity, raunch for the sake of raunch—you know what you’re getting into. –Audrey Lockie