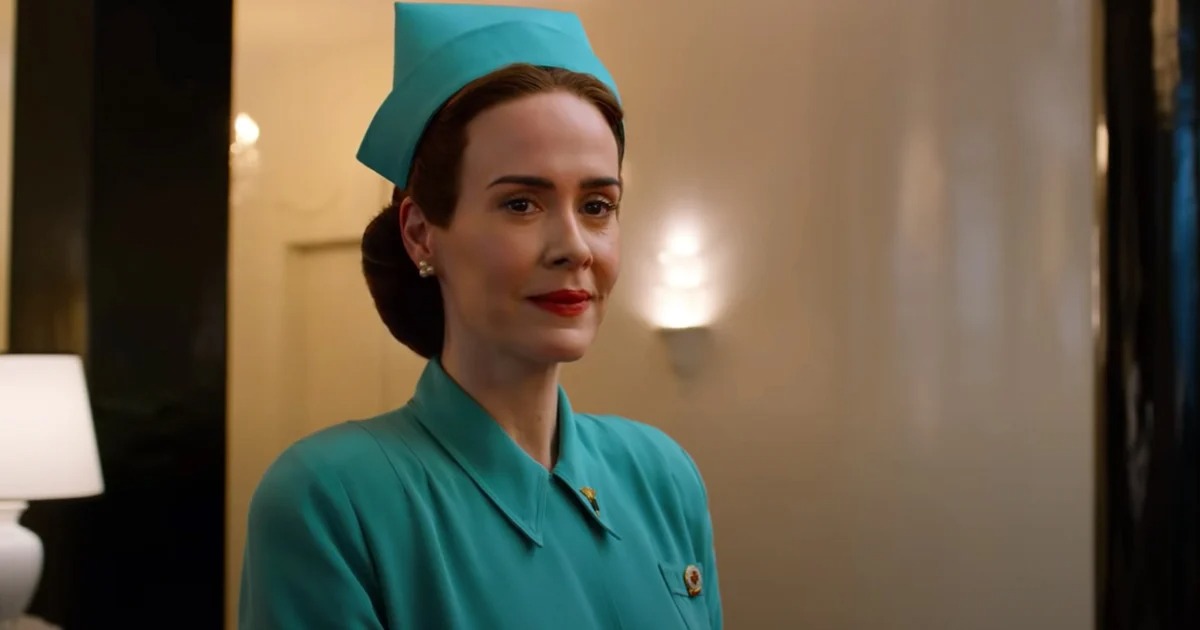 Everyone get ready to circle September 18th on your calendars, because Netflix will be releasing two new major series events that day: Jurassic World: Camp Cretaceous and Ratched. And they actually have a little in common. Both are spun off from classic movies based on best-selling novels and directed by two-time Academy Award winners. But the similarities end there, because, sadly, one of them takes great source material and reduces it to nothing more than a silly and insipid cartoon. The other one is Jurassic World: Camp Cretaceous.

Louise Fletcher won an Oscar and an indelible place in film history for her portrayal of Mildred Ratched, the cruel and manipulative head nurse of an Oregon mental institution in Miloš Forman’s unforgettable film One Flew Over The Cuckoo’s Nest. In this origin story, Mildred Ratched (Sarah Paulson) arrives in Northern California in 1947, seeking employment at a leading psychiatric hospital. She presents herself as the perfect image of what a nurse should be, and rises quickly up the ranks. But behind her fair facade lies an inner darkness and an ever-scheming mind.

Meanwhile, the hospital welcomes a new patient: the notorious Edmund Tolleson (Finn Wittrock, The Big Short, Judy), who brutally murdered five Catholic Priests in a shocking rampage. The hospital administrator, Dr. Hanover (Jon Jon Briones, American Horror Story) has been tasked with determining whether Edmund is fit to stand trial and face execution. The Governor (Vincent D’Onofrio) is running for re-election and doesn’t want to appear soft on crime, and a mysterious woman played by Sharon Stone … Actually, I can’t really tell you about her, and if I did, you would probably think I was making it up.

Ratched bares no resemblance whatsoever to Cuckoo’s Nest in tone, story or sensibilities. In fact, it resembles nothing so much as a Hannibal Lecter sequel that’s been directed by Douglas Sirk. This series is so absurdly over the top, sordid and hell bent on titillating its audience with all kinds of sex and violence that, from the very first episode, it’s made clear that this can only be appreciated as high camp. By the halfway mark it descends so far into self parody that it becomes mind-boggling. The series’ most perversely exploitative sequence is done in the form of a marionette show that seems like it should be entitled Team America: Pizzagate.

The actors try and fail to keep up with a rollercoaster that climbs upward to melodrama, dives sharply into grotesque horror and loops so sharply around into wacky comedy that it’s a wonder there isn’t more vomiting involved. Paulson is a great actress, but even she has trouble finding her footing at times. Briones flails about wildly trying to earn an Emmy with a ridiculous character, and Wittrock just never quite clicks in his poorly drawn role. Stone just embraces the hamminess from the word “go,” as do Judy Davis and Amanda Plummer. D’Onofrio doesn’t so much embrace it as swallow it whole, and Sophie Okonedo (Hotel Rwanda) as a patient with multiple personality disorder gives one of the howlingly goofy, off-the-rails performances since Faye Dunaway in Mommie Dearest.

The various personalities are largely distinguishable only by which profanity they most prefer to yell, such as the concert violinist who begins every appearance by proclaiming “you’re shit!” to anyone in earshot, or, as Jesse Owens, who chases Hanover around the office shouting about Adolph Hitler.

The conclusion that I came to after viewing this eight-episode travesty was that some Netflix executives screened the series Hollywood, and one of them turned to show-runners Ryan Murphy and Ian Brennan and said, “I defy anyone to give us a show that is more ridiculous than this.” To which they responded with a hearty, “challenge accepted!”

Ratched is watchable, sure, but you may think less of yourself for doing so. It’s the television equivalent of the fried pork rinds dipped in barbecue sauce that my cousin once shared with me: Once you start sampling it, you are instantly ashamed by the fact that you can’t stop. But you keep going, asking yourself, “Why am I doing this to myself?” until finally it’s all over and you are ready to spend a lot of quality time with the toilet, which is where all of these scripts should have been thrown in the first place. –Patrick Gibbs