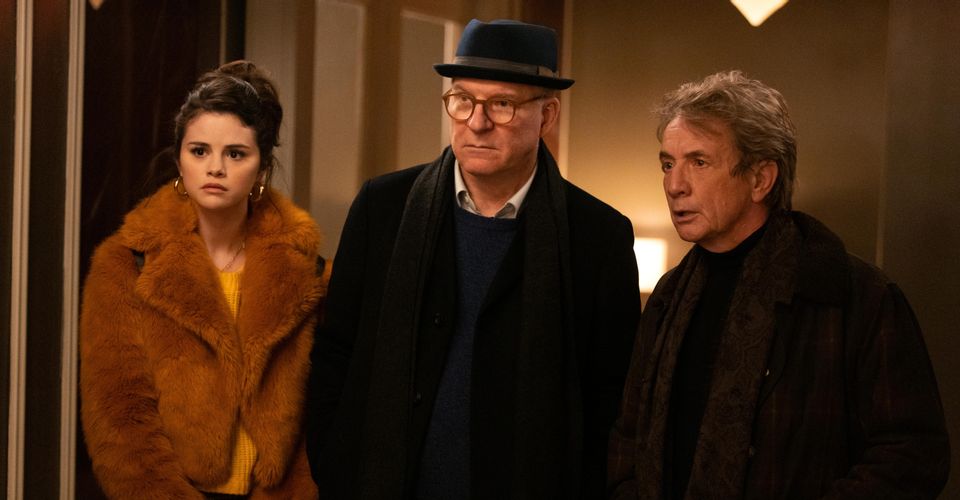 Series Review: Only Murders in the Building

Only Murders in the Building
Creators: Steve Martin, John Hoffman

I don’t get the whole true-crime thing, honestly. I understand the interest, but the people who can’t get enough of it and eat it up like candy honestly kind of scare me more than the subjects of these podcasts and documentaries. Only Murders in the Building, a new comedy/mystery series premiering on Hulu, explores this national obsession, adding the statistic that two out of three amigos are addicted to true crime.

The Arconia is a posh Upper West Side New York apartment building where Charles Hayden Savage (Steve Martin), an actor best known for his days long ago as a television detective named Brazzos, lives quietly and alone. He obsesses over his favorite true-crime podcast. As it turns out, a self-absorbed and out-of-work theater director named Oliver Putnam (Martin Short), who lives in the building is hooked on the same podcast, as is Mabel (Selena Gomez) a 20-something who seems a bit out of step with the rest of the tenants.

The three meet when the building is evacuated during what seems to be a fire drill, but is actually something far more juicy: Tim Kono (Julian Cihi, The Tick) an uptight, unlikable young resident, has been discovered dead of a gunshot wound to the head. Suicide? The trio of would-be sleuths doesn’t think so, and they form an unlikely partnership, deciding to use their precise knowledge of true crime to investigate the truth and make their own podcast about it, with Oliver directing and Charles narrating. As the stakes increase for everyone, the trio races to decipher the mounting clues before it’s too late.

Only Murders in the Building is a light, funny diversion that gets progressively more intriguing with each of its 10 episodes, as any good mystery should. It relies heavily on the considerable charm of its three stars. Martin and Short have worked together so many times that their chemistry is effortless, but Gomez ends up being a great fit, playing especially well opposite Martin.

Gomez is given the most interesting character, but she handles the comedy nicely, too. Although, I will never get used to hearing the former Disney kid dropping F-bombs, which she does frequently here because, apparently, everything that isn’t on Disney+ has to be a TV-MA these days. The rest of the ensemble includes Amy Ryan (Gone Baby Gone, The Office) as Charles’ love interest, Nathan Lane (The Birdcage, The Producers) as Oliver’s former business partner, Tina Fey as a famous podcaster and Sting as … Sting, who has a place in the building and ends up being an early suspect.

Only Murders in the Building has an old-fashioned murder-mystery-in-a-modern-setting feel that’s similar to Knives Out. While it’s not nearly that good, it’s a lot of fun, and it accomplishes what it sets out to do. By the end of the second episode, I was hooked, and it’s just so great to see Martin again and to see Short in good material that utilizes his manic energy without letting him get out of control. I don’t think we’re seeing the birth of a new classic, but I do see myself watching it again. Only Murders in the Building passes the time and pulls you in, and it has the potential for two or three enjoyable seasons. –Patrick Gibbs