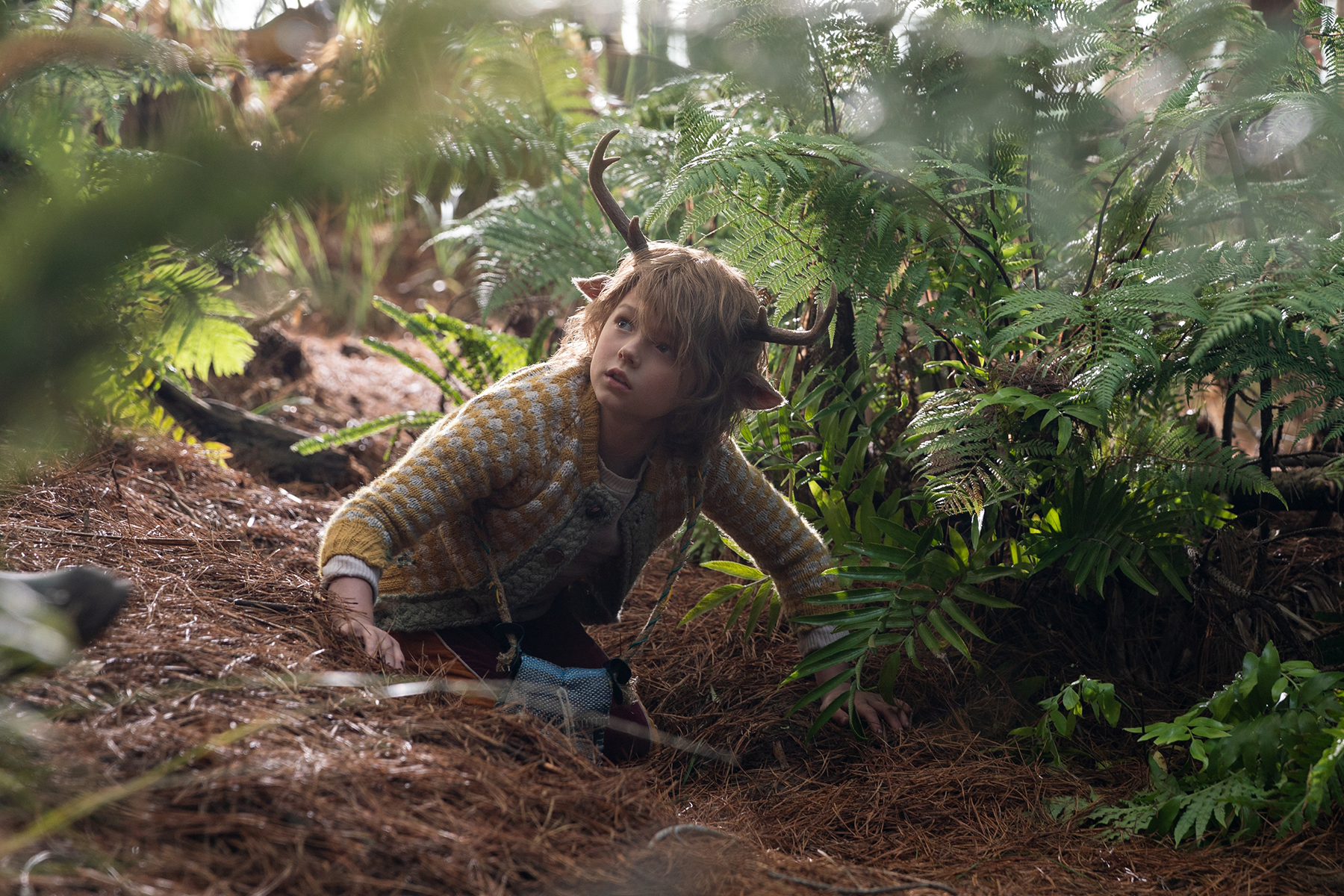 As all devoted geeks know, Robert Downey, Jr.’s glorious reign as the King of the MCU is finally over, thanks to his exit in Avengers: Endgame. But he’s not done with the comic book world. This time, he’s working with Marvel’s mightiest rival, DC, but not as an actor. Downey and his wife, Susan Downey, executively produced the new Netflix series Sweet Tooth, a dystopian sci-fi fantasy based on the 2009 comic book by Jeff Lemire, which—at the time—was often described as “Mad Max meets Bambi.”

Sweet Tooth takes place in a world that was changed forever by “The Great Crumble,” a deadly pandemic that wreaked havoc on the world and coincided with the mysterious emergence of hybrid babies born part human, part animal. Unsure if hybrids are the cause or result of the virus, many humans fear and hunt them. Gus (Christian Convery, Playing with Fire), a hybrid deer boy, spends the first decade of his life in a secluded forest home with his father (Will Forte, Saturday Night Live, The Last Man on Earth), who is hiding out from the world and keeping young Gus safe.

But when hunters show up on their doorstep, Gus must flee, and he befriends a wandering loner named Jepperd (Nonso Anozie, Cinderella, Ender’s Game), who gives the boy the nickname “Sweet Tooth” because of his reaction to being given a chocolate bar for the first time. Together, they set out on an extraordinary adventure across what’s left of America in search of answers—about Gus’ origins, Jepperd’s past and the true meaning of home. But their story is full of unexpected allies and enemies, and Gus quickly learns that the lush, dangerous world outside the forest is more complex than he ever could have imagined.

Sweet Tooth is an involving and inventive series, mixing dark, often cynical storylines and social commentary with a childlike sense of hope and wonder. The narration by James Brolin, who does a flawless impression of what I imagine Jeff Daniels would sound like doing an impression of Wilford Brimley, immediately creates an old-fashioned folktale feel, and at times, it has that vibe to it. But the post-apocalyptic elements get dark indeed, and the virus element of the plotline is both intriguingly topical and at times, frankly, just upsetting. Sweet Tooth almost reminded me of the works of Stephen King in that I couldn’t pull myself away for long, but sometimes I was really not sure how happy I was to be watching it.

But the world-building is strong, the effects and production design top-notch and the attachment to the characters comes quickly. Forte is perfectly cast as Gus’ “Pubba,” a warmhearted but eccentric man filled with secrets. Convery is endearing and natural as a the young protagonist, and Dania Ramirez (Once Upon A Time, X-Men: The Last Stand) is great as Aimee, a woman who creates a sanctuary for hybrid children. But Anozie, as the mysterious Jepperd, is the clear standout, and his performance and his character are a big part of what made me breeze through eight (roughly) hour-long episodes rather quickly.

There’s definitely a Hunger Games milieu at work here, especially when the cast meets up with a warrior teen called Bear (Stefania LaVie Owen, Running Wilde) who fights on behalf of the hybrids, and Sweet Tooth is likely to appeal to teen audiences and fans of young adult science fiction. Season 1 certainly left me wanting more, though I wouldn’t call it truly addictive television when I consider that, while writing this review, I keep checking the clock to see how much closer we’re getting to 8 p.m. and the finale of Mare of Easttown, which I’ve been preoccupied with all week. I’m certainly not going to feel that same level of anxiousness waiting for Season 2 of Sweet Tooth, but I’ll be keeping an eye out for it. –Patrick Gibbs