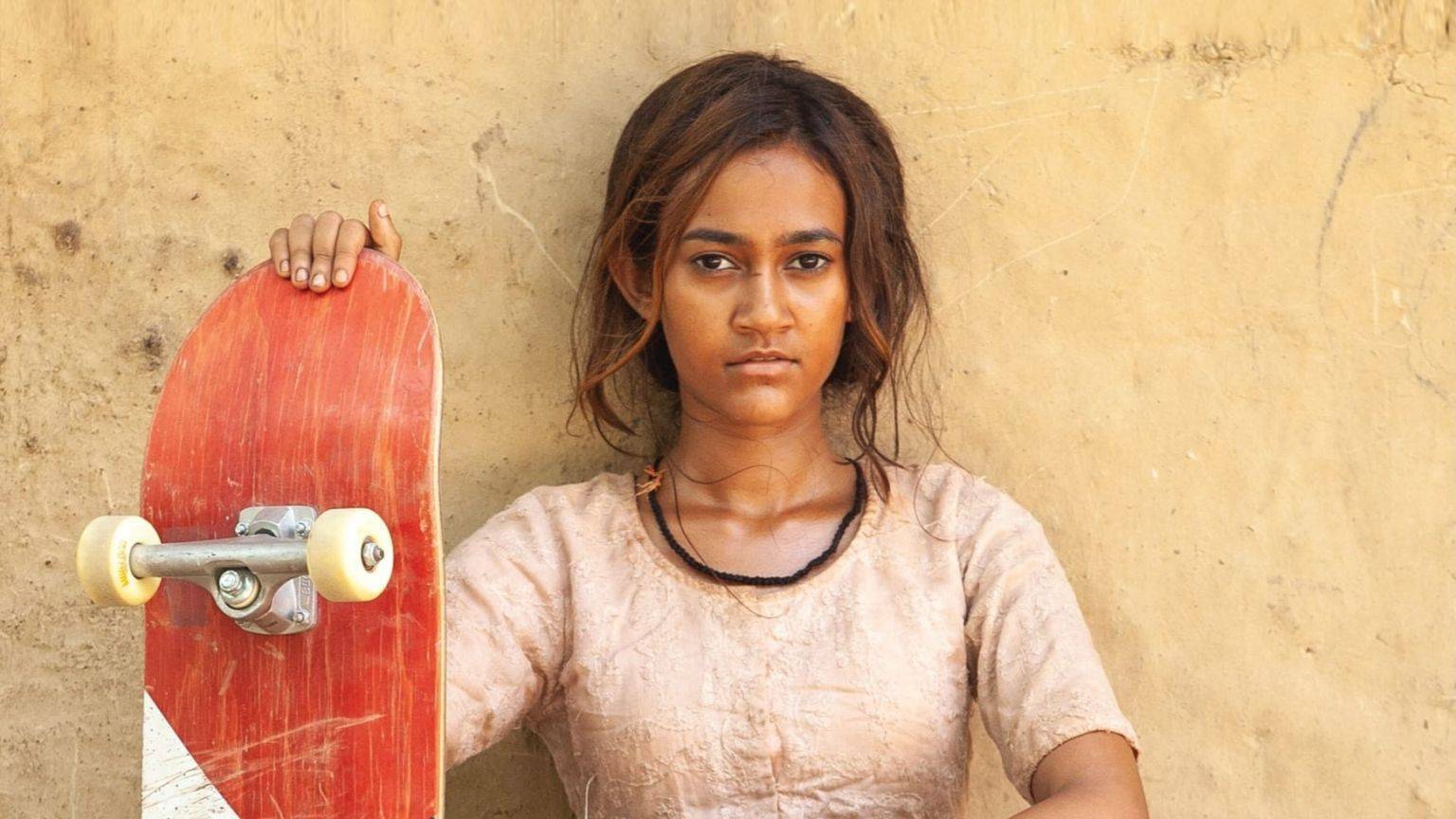 The best part of being a critic is the opportunity to bring attention to the films that aren’t on the average person’s radar. In my opinion, the best part of Netflix becoming a major player in film distribution is the fact that smaller films, including international fare, are able to reach a wider audience. Skater Girl, a new Hindi-language film that premiered this week, is the epitome of both of these points, and it’s one of my favorites of the year so far.

Skater Girl is a coming-of-age story set in a remote village in Rajasthan, India. Prerna (Rachel Saanchita Gupta, in her debut performance) is a local teen living a life bound by tradition and duty to her parents. But when London-bred advertising executive Jessica (Amy Maghera, Hollyoaks) arrives in the village to learn more about her late father’s childhood, Prerna and the other local children are introduced to something exciting and new thanks to Jessica and her old friend (Jonathan Readwin, Rock & Chips, Stoner Express), who cruises into town on a skateboard.

The kids become infatuated with the sport, skating through the village, disrupting everything and everyone around them. For Prerna, it’s as if she suddenly has wings. Determined to empower and encourage their newfound passion, Jessica sets out on an uphill battle to build the kids their own skatepark, leaving Prerna with a difficult choice between conforming to society’s expectations of her or living out her dream of competing in the National Skateboarding Championships.

Writer-director Manjari Makijany—who has worked as an assistant director on the India units of blockbusters including Mission: Impossible – Ghost Protocol and The Dark Knight Rises—makes quite a mark in her feature directorial debut. She tells the story with passion and flair that makes it hard not to feel privileged and grateful for first-our world problems. Gupta is mesmerizing in the role of Prerna, a girl who is barely old enough to be dating but is already considered to be inching past marrying age, and who has never had a chance to even dream about anything she wants for herself.

Shafin Patel, as her younger brother, Ankush, is possibly even more sweet and endearing, and Ankush is one of my favorite film characters in recent memory. Magheera and Reedwin bring a lot of presence to the film, and Waheeda Rehman, a major presence in Indian cinema since the 1950s, is wonderful in her supporting role as a Maharani—the wife or widow of a Maharajah—who is instrumental in getting the skate park built. The music by Salim and Saluaiman Merchant is a major selling point, and while Skater Girl is a small film where even the director is pulling at least triple duty trying to fill all of the production roles, it feels slick and polished, and is infused with a lot of artistry.

Skater Girl doesn’t break a whole lot of new ground in terms of visuals or innovative storytelling, but it’s hard not to see it as a breakthrough in terms of taking the formula of sports movies, telling it through a different lens and moving it into humbler and more meaningful territory than we’ve ever seen before. When you consider that less than 20 years ago, Bend It Like Beckham was a big deal because of its portrayal of a young Indian woman chasing a sports dream, Skater Girl takes that desire to showcase people from different backgrounds reaching for the stars to a whole new level. It’s the story of a girl who isn’t looking for anything more than the feeling of freedom from the shackles of her meager life that she feels whenever she gets on her board.

Skater Girl is heartwarming and heartfelt filmmaking. It’s easily going to be one of the most memorable films of the summer, even if it doesn’t feature any explosions, CGI or Hollywood stars. Instead, it features hope, compassion, love and an indomitable spirit that makes you grateful for everything you have, and maybe even makes you want to do something about helping someone who’s less fortunate feel that as well. –Patrick Gibbs