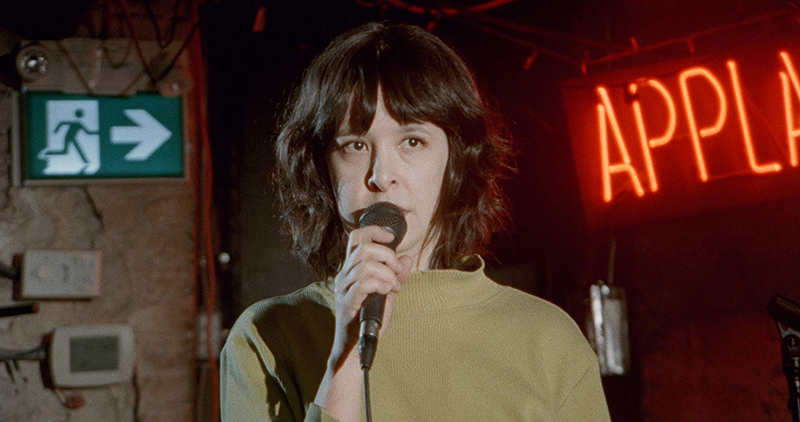 Tapeworm is a film that revels in the awkwardness and mundanity of human existence. To say it’s cringe-humor would be missing the mark—you’re not necessarily laughing because what’s happening on the screen is funny, you’re laughing because you don’t know what else to do. It’s an unexpurgated account of people living their lives—the gross, boring, pointless, sad and awkward parts of being human all put up on display without any grandeur or exaggeration. That said, it would be just as disingenuous to call it drama, as it lacks the poignancy and overarching themes that let us leave feeling sad but fulfilled. It’s as though there was a point to the sadness that we can take home.

Told through a series of vignettes following a group of normal people just living their lives, there is a cohesion to Tapeworm that gives it the feeling of a larger narrative even though relatively little happens. There’s no rising action, no denouement, no climax, no moment that makes it all come together. It’s just people doing what people do, devoid of the pithy concise dialogue of the written and edited worlds of cinema. This lack of action is to the film’s benefit, as it creates a feeling of realism that makes the awkward and “cringey” way the characters behave hard to look away from. It’s a feeling that sits somewhere in between morbid curiosity and apathy, bad but never quite bad enough to generate sympathy. There’s a bleak coldness to the way the characters interact—no long speeches, no eloquence, no empathy or understanding—as though no one quite knows how to react.

Aesthetically, the film has the feeling of a voyeuristic documentary, with shots framed through doors or around corners and a shaky, grainy, washed-out look that perfectly echoes the shaky washed-out lives these people are living. It’s bleak, but also completely believable, always stopping just short of making any grand claims or pushing overbearing metaphors onto the audience that might create a wall of meaning to hide behind. There is a language and rhythm to cinema that we have come to expect, moments when we know the camera will look away, things we don’t show not only because they are gross or violent, but because they are boring. This film breaks that expectation, lingering on moments that add no new information, that aren’t pretty or interesting, but that do happen and are true to the characters and by doing so it also breaks that feeling of cinema, the feeling that what you’re seeing is scripted or that the people you’re seeing are fictional.

Ultimately Tapeworm is a film that by all rights should be incredibly dull. It breaks every convention of good storytelling and manages to be utterly captivating. –Lois Brady