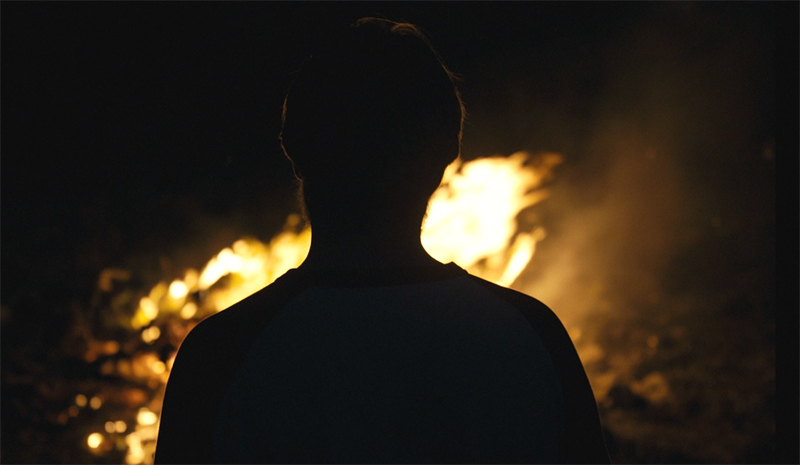 In their feature-length directorial and screenwriting debut, Xia Magnus creates a wholly disorienting and claustrophobic supernatural thriller. Sanzaru’s underlying treatise on historical trauma, displacement and secrets is an interesting and well-intentioned take on the haunted house and “stranger in a strange land” tropes. Magnus falls slightly short of success in the execution of said intentions, with an 86-minute film that loses these potentially powerful threads in its third act.

Partially subtitled in Tagalog and reflecting the multicultural tension of the film, Sanzaru is a snapshot in the deafening banalities of daily life for caregiver Evelyn as she manages Dena, an aging widow with increasingly severe alzeimers. Dena, her brother Amos and Dena’s adult son navigate the horrors of slipping sanity and unspoken family ills with moments of powerful onscreen starkness, especially via Jayne Taini‘s portrayal the wilding Dena in the full throes of dementia.  A light touch is utilized as gore goes, with the only disturbing onscreen violence being quite authentic and believable in Dena’s mid-sundowning injuries.

Sanzaru’s successes are found in its dark, dreary depictions of daily life in Dena’s less-than-vaguely-racist small-town home. Of particular note is the disturbing soundscape of the film. From chanting choruses to glitchy static to the grating ping of a fire alarm on low-battery alert, the sonic profile is a perfect, cacophonous partner for the thematic elements. The minimalist inclusion of preternatural forces is achieved by a technologically regressive practical effect that accomplishes an appropriately Kabuki-esque feel, befitting the film’s title and reference to the Japanese “see no evil, hear no evil, speak no evil” symbolic simian triad.

Where the film struggles is in its apparent intent to craft a taut and gripping conclusion that ends up feeling rushed and disjointed in a fashion not effective to the artistically honed chaos present earlier in the film. An awkward and brief sexual liaison between Dena’s son and Evelyn early in the third act poorly punctuates the pace of the film and leaves the viewer vaguely annoyed at best. The staccato and unstreamlined ending may be a factor of Magnus’ green horns as feature-length projects go, or of hamstrung editing in post. Either way, the film leaves the viewer wanting closure that more effectively honors the profound intergenerational trauma narratives and themes of filial piety, secrets, abuse and the evils of silencing.

Sanzaru shows a solid potential for Magnus in their thematic concepts, visuals and soundscapes. Aficionados of the psychic, slow-burn horror and thriller genres might find it a compelling offering, especially if absorbed with an awareness of the hasty finale and an appreciation for the underlying ethos of the film. –Paige Zuckerman