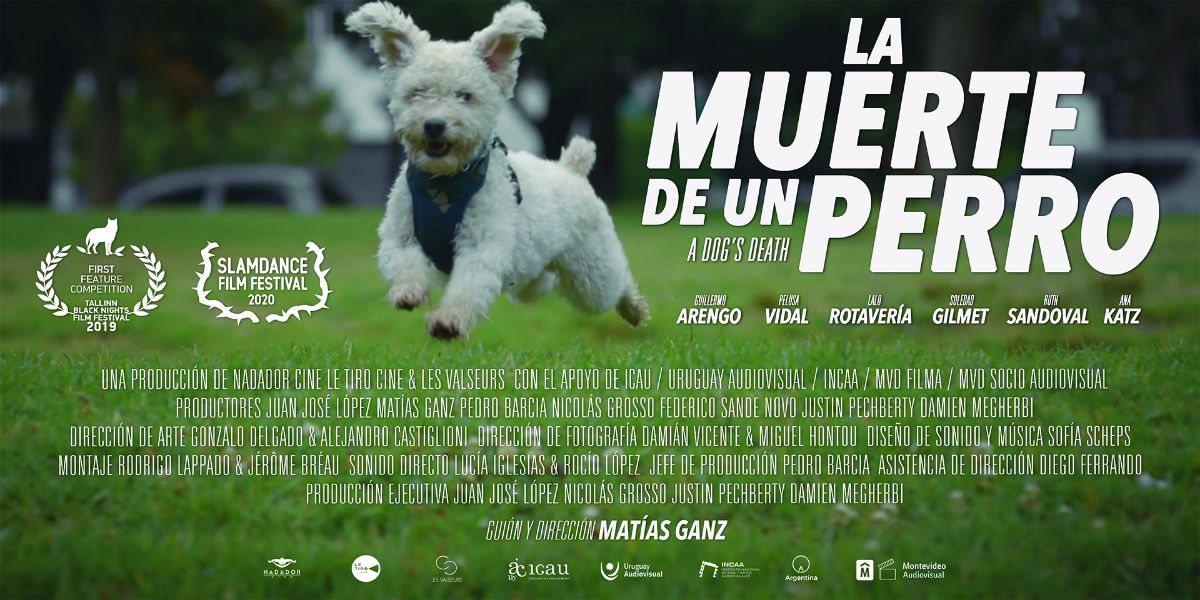 A Dog’s Death (La Muerte de un Perro) is the debut feature film from Uruguayan director Matías Ganz which had its North American premiere during the first weekend of the 2020 Slamdance Festival. The film follows a relatively wealthy family and their immigrant housekeeper as the whole group becomes involved in an increasingly complicated and dangerous tale of paranoia and deceit. Equal parts suspenseful, horrifying, pensive and hilarious, A Dog’s Death is a top-notch thriller that unravels the absurd and violent consequences of class and racial discrimination. Far from being speculatively preachy or fetishistic in his portrayal of struggle, Ganz simply lays bare the realities of modern life and lets the unspoken laws of society drive his film into harrowing chaos.

One of the most striking and effective elements of A Dog’s Death is its ambiguity and its true-to-life dialogue. All of its weighty themes (class discrimination, xenophobia, generational tensions, the fallibility of 21st-century news and media) are more alluded to than they are distinctly spelled out—the film revolves around chilling looks, pregnant silences and coded uses of words like “they” or “us.” No one is ever outwardly cruel to each other’s face, but Ganz laces a subtle and chilling sense of disgust into every interaction, saying nothing of the film’s gross accounts of backstabbing and theft. Further, a number of characters (both human and animal) are subjected to a forced silence, and their inability to speak (for either physiological or social reasons, respectively) bubbles beneath every scene.

A movie that relies this much on subtext and what’s not being shown/said asks a lot of its actors, and A Dog’s Death‘s two leads (Pelusa Vidal in her first ever film role as Silvia and Guillermo Arengo in his first leading role as Mario) deliver expert performances. Both in scripting and execution, each half of this aging, upper–middle class couple plays a perfect foil to the other. Where Mario is simple, agreeable and honest, Silvia ramps up the film’s mounting paranoia, its class tensions and its sense of unease. She’s constantly questioning and plotting, he’s always just catching up and passively avoiding conflict. This clash of personalities drives Mario and Silvia into a dangerous codependency, snowballing the film’s increasingly eye-popping plot every time one fails to talk the other down.

Ganz’s direction doesn’t allow you to easily pick sides or parse out a message, either. Often, you’ll be minutes into a scene before a shot change reveals what’s really going on: Whoever you might’ve once thought innocent is actually a monster, and vice versa. Small plot details—a pair of matching suitcases, a noisy pool pump—seem trivial when they’re first introduced, and only 45 minutes later does their grave significance reveal itself. However goofy some of the moments in A Dog’s Death’s first act might be, each one eventually turns on itself and the whole final act becomes a masterclass of smoking Chekov guns. Only in its final moments, when all the setups have been resolved and each question (mostly) answered does the film’s shock truly set in.

During a post-screening Q&A, Ganz illuminated some of the specific political going-ons in Uruguay that informed A Dog’s Death’s narrative. To paraphrase his words, the mostly European-descended country has a 15+ year history of a left(ish) government and supposed progressivism, but the last decade has seen a significant rise in far-right ideology in both the public sphere and in the country’s political offices. In this light, A Dog’s Death is both timely and timeless. It’s a potent commentary about one country’s current climate, but one that also rings true to similar trends occurring across the globe. It’s also simply a riveting movie, and hopefully it grows a long set of legs in its post-festival life. –Connor Lockie