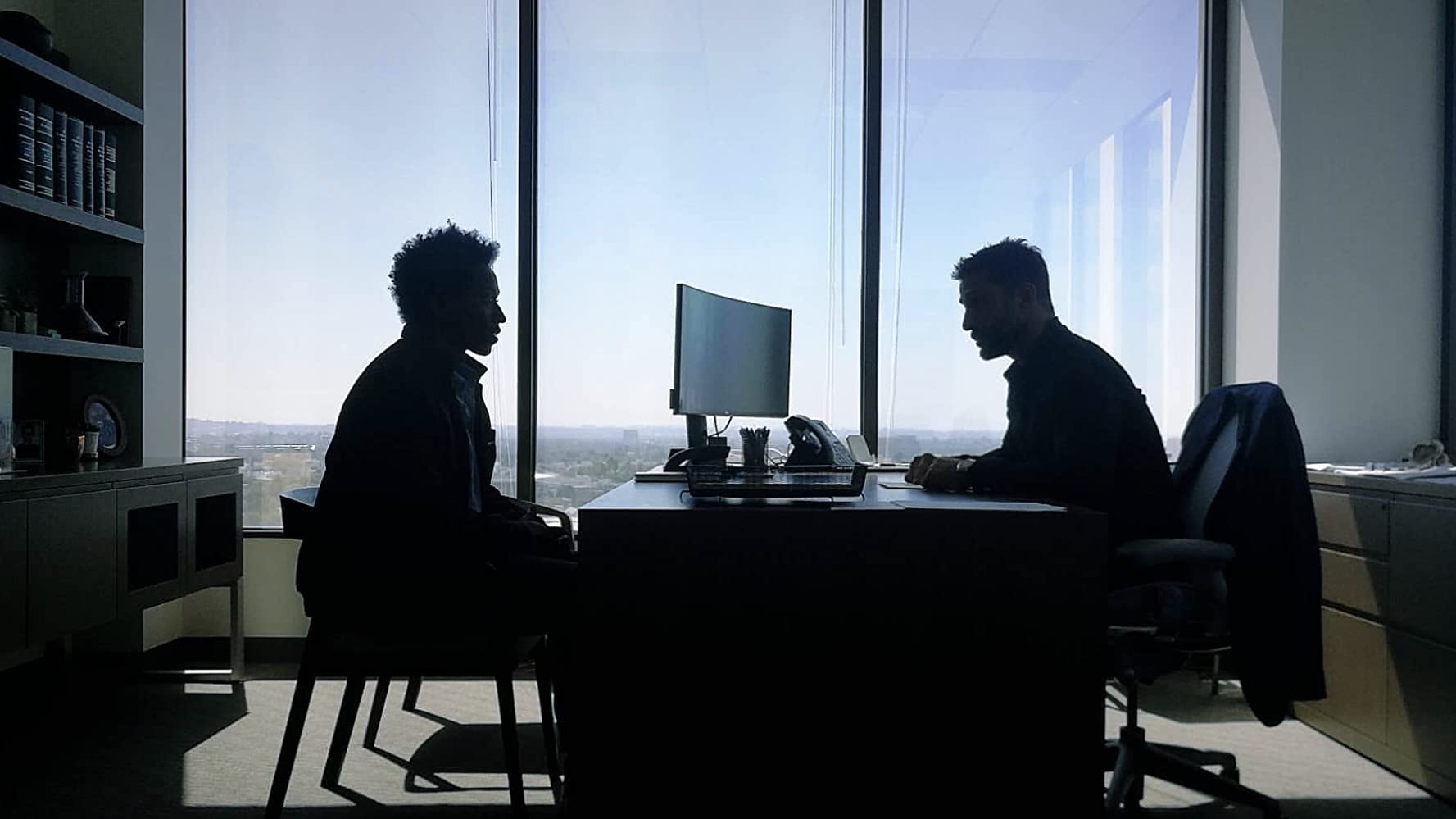 Hot on the heels of the most transgressive year in recent memory, director, writer and star of The Sleeping Negro, Skinner Myers, presents a film that is a complete encapsulation of 2020’s racial tensions: the bleeding history, its polarity and the overwhelming ignorance of it all. Meyers’ character, simply credited as “Man,” confronts the full spectrum of blatant- and micro-aggressive behaviors from the white hegemony while going about his day, pushing him to his absolute limits through the tedium and strain of this everyday battle.

The film simmers with an exhausted and pent-up fury that only continues to grow toward a rolling boil as Meyers engages in intense back-and-forths across the film about the endless hurdles facing Black Americans. Meyers screams his frustrations and demands for Black liberation, pointing a finger to the white members of his audience while providing a podium for those of color. Unfortunately, as the rage swings wildly to-and-fro, it rarely conveys much of anything other than shells of arguments. Despite Meyers’ best attempts to engage in a pressing dialogue, the film reads as a bunch of ideas—full of potential, but starving for nuance.

It is of no help that Meyers often makes choices that are either distracting or pulled from cinema’s dead horse of ideas. An exemplary moment of this misjudgment is during a scene which finds Meyers’ character and his fiancé in a relationship-ending argument. Halfway through the dispute—and for no apparent reason—Meyer’s character walks to the bathroom and takes a shit. The fight continues from this awkward position as his fiancé stands at the wide-open bathroom door. In a romantic comedy, this choice seems like it would fit in quite well as it underscores the probably absurd and frivolous conflicts between its characters. But in a scene where the dialogue reveals the insidious racism buried deep inside white culture, this wannabe take on John Cassavetes “realism” is a total nonstarter.

Luckily, The Sleeping Negro isn’t all bad calls. Meyers is clearly a student of cinema and weaves a loving craft throughout the entire film. Shot on Kodak Super 16, Matthew Halla and Tyler Purcell’s cinematography brings forth a timeless texture—resurrecting the emotion of truly independent movie making. Magical realism finds its way into the film through several moving embellishments, including a very direct recreation of the ending of Andrei Tarkovski’s solemn masterpiece, Stalker. These shining moments only make it all the more frustrating when Meyers sinks to tired groaners, as when an evil dream version of Meyers’ character, credited as “Doppelganger,’ confronts him in his sleep saying, “I want to play a little game.” Are we serious?

Although The Sleeping Negro presents as a film with many flaws, I am intrigued by Meyers’ obvious ambition and penchant for cinematic storytelling. I can safely say that I’ll be watching the polishing of this young visionary and look forward to the release of his next venturesome project. –Aidan Croft