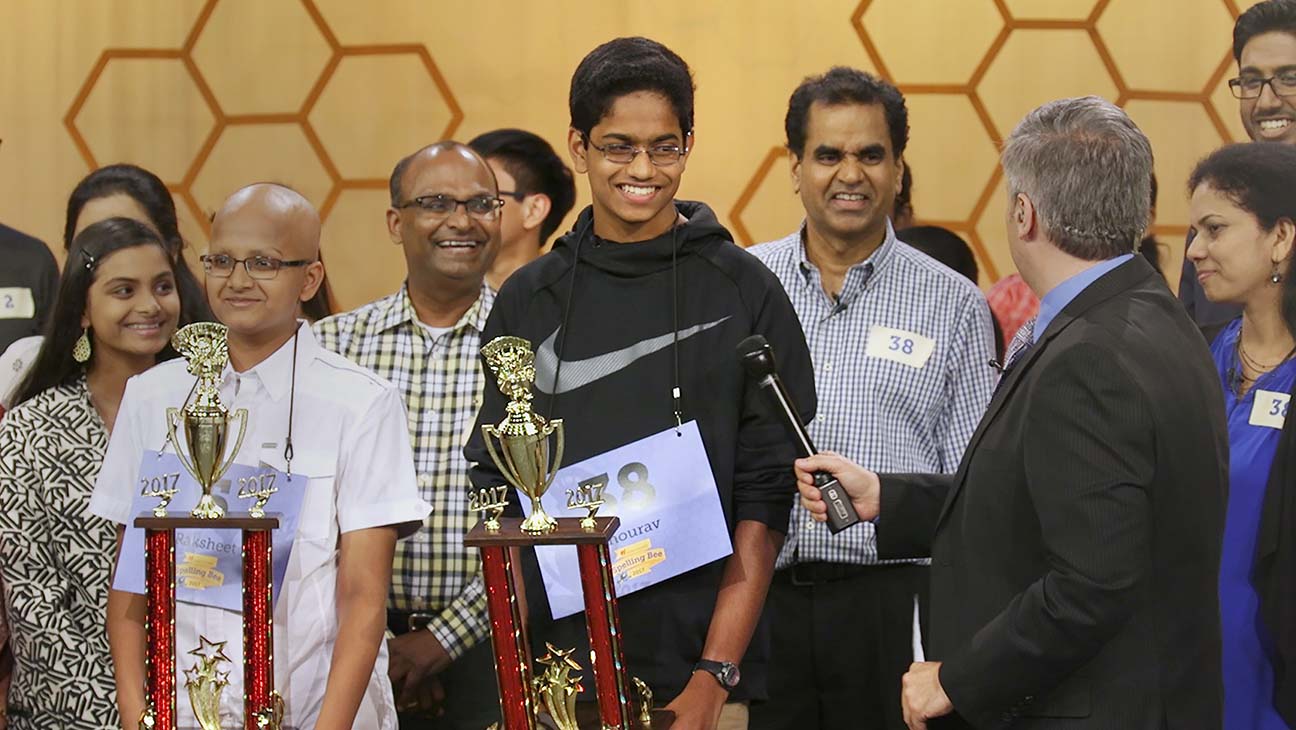 I despise competition, but I love spelling.

Those are sentiments that you’re unlikely to hear from many people , but sentiments that will never change for me. I will never be a fan of competition—and yes, I have won a few. But ever since I was a kid I have always had an issue with the feeling that achievement must be measured at someone else’s expense. While this particular question is barely touched on in terms of direct references in the documentary Spelling The Dream, it’s also at the very heart of the story.

Director Sam Rega chronicles the rise of Indian Americans in competitive spelling, specifically the prestigious Scripps National Spelling Bee, which has been won by Americans of Eastern Asian descent for the past 12 years straight, one of the longest running trends  in sports history. The disproportionate numbers of competitors who come from Indian ancestry, as well as the reasons for this involvement, has been observed, mocked, decried and debated, but Spelling The Dream wisely and rather decisively chooses to celebrate it as an area where an underrepresented minority have been able to distinguish themselves and leave an indelible mark.

The film follows the ups and downs of four Indian American students as they compete to realize their dream of winning the iconic tournament. It also features interviews and fascinating insights from CNN’s Dr. Sanjay Gupta and Fareed Zakaria, comedian Hari Kondabolu, ESPN’s Kevin Negandhi, as well as 1999 Scripps National Spelling Bee winner, Nupur Lala. This little film struggles a bit with stepping into the shadow of one the most iconic documentaries of the past few decades, Spellbound, but it holds its own better than I was expecting. It explores the issue competitive sports have of being one of the few major areas where American minorities can rise to the top based solely on merit and the positive impact these role models have their communities and the world at large.

Spelling The Dream is an absorbing and inspiring film, and you can’t help but love the kids. As the film progresses into the Bee itself, it becomes a bit of a nailbiter. It’s not up there with the best films of the medium, but it’s accessible and very entertaining, and I give it a very solid recommendation. R-E-C-O-M-M-E-N-D-A-T-I-O-N. Recommendation. – Patrick Gibbs