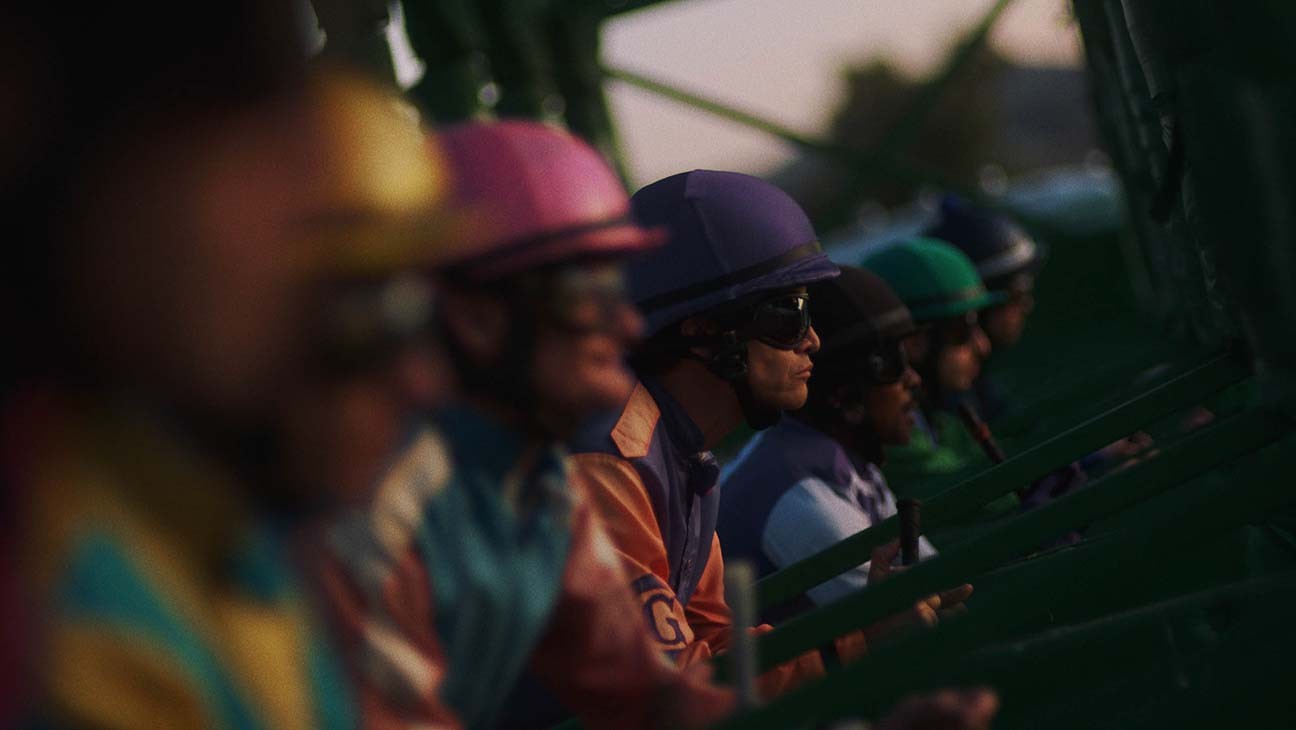 The unique circumstances of the 2020 extended-awards season is that there’s still some question as to who is the frontrunner for the Best Actor Oscar, though it looks to be between Riz Ahmed and the late great Chadwick Boseman. But a frontrunner for next year may be firmly in place by the time that is decided, and it’s Clifton Collins Jr. for Jockey.

Collins plays seasoned horse jockey Jackson Silva, who has weathered decades worth of races on the riding circuit, but he now finds himself facing what could be his last season as his health deteriorates. With the help of Ruth (Molly Parker, The Road, Pieces of a Woman) and a promising new horse, Jackson starts to prepare for the upcoming championship. His plans take a left turn when a budding young jockey (Moisés Arias, Hannah Montanna, The Kings of Summer) shows up and claims to be his son. Caught between his yearning for a connection and uncertainty about his own future, Jackson confronts some very difficult questions regarding his legacy.

Director Clint Bentley, who co-wrote the film along with Greg Kweder, has crafted a deeply personal film inspired by his father’s career as a jockey. Shooting most of the film at a currently operating racetrack, Bentley has filled his movie with a strong sense of authenticity, as well as the heart and soul of the unique sport, for better and for worse. It’s a sad, touching story of regret, aging and the ways we learn to change, as well the ways in which we never will. Jokey is loaded with stunning visuals, and the cinematography by Alodolpho Velso and editing by Parker Laramie are outstanding.

The cast is strong all around, but it is Collins’ movie all the way. I’ve been a fan of this dynamic actor for 20 years, from the moment he first caught the industry’s attention in The Last Castle to his incredible work in Capote, and even his less-remembered character turns in major blockbusters such as Star Trek and Pacific Rim. I had begun to think he’d been forgotten and would never receive the star vehicle he so deserved, but Jockey is kind of towering, career-achievement performance that is very hard to ignore, and a strong reminder of both his chameleonic versatility and his smoldering presence. Parker and Arias both have some really special moments, but even those are based on how they play off of Collins.

Jockey is a character study that takes you inside the world of horse racing, but doesn’t require that you have any affinity for the sport going in, or even afterwards. It’s really about the characters and themes, and it’s incredibly compelling. Still, that level of authenticity was very important to Bentley, who packed the supporting cast with real jockeys. There have been some great films about horse racing before, most notably Seabiscuit and to a lesser extent Secretariat, but those films were based in no small part around the relationship between horse and rider, as well as the animal’s owner. While the new horse is crucial to the story here, it’s never a character in the story. and is much more objectified. While that’s a lot less heartwarming, it sets the movie apart and explores the way a rider can be made to feel devalued when ultimately the animal is the star attraction.

Jockey is a triumph of melancholic and wistful moments woven together by a skilled director and actor who has never been fully appreciated as one of the greats, but finally gets his moment of glory and immortality regardless of where he ends up placing when he crosses the finish line in 2022. –Patrick Gibbs