SLUG Mag Soundwaves
Episode #392 – Homephone
00:00 / 17:29
Spotify Stitcher
RSS Feed
Share
Link
Embed
Leave The World Behind was one of the best electronic documentaries I’ve seen to date, as director Christian Larson excellently captured the emotional roller coaster that was Swedish House Mafia's One Last Tour from the perspective of both the group and the fans. 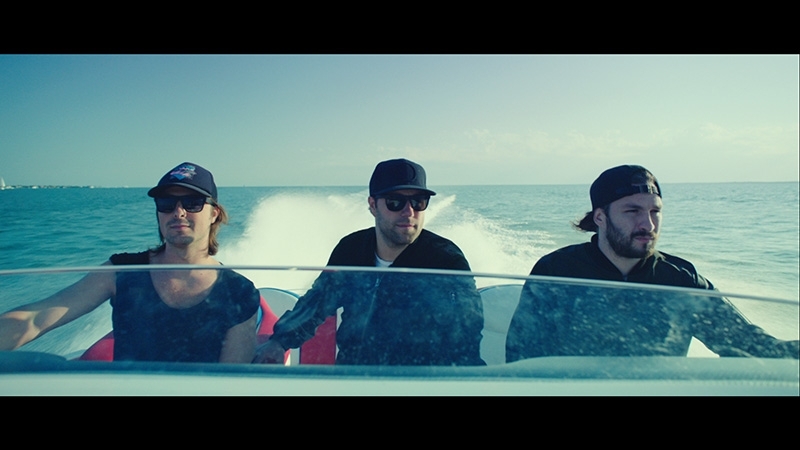 I’ve seen quite a few EDM documentaries crop up in the last year. They’re fun, but most of them seem like an hour-long after-movie glorifying festivals and shows as a spiritual haven (see: PLUR) rather than what they really are: Concerts. Leave the World Behind, a film sharing the name of Swedish House Mafia’s first official release, takes you on tour with the group and shows you a different side of the electronic world with a refreshing take on just how draining and out of control EDM shows can be.

The film begins when the group announced their breakup back in June 2012, before ending with their final show as one of the biggest trios in DJ history on the main stage at Ultra Music Festival 2013. “A house divided in of itself cannot stand,” the Abraham Lincoln quote opens the film before footage from an interview regarding the band’s split begins. Brief segments for each member of the group⎯Sebastian Ingrosso, Axwell and Steve Angello⎯tell the story of how they met and formed Swedish House Mafia in 2008. Their rise to fame came quickly, peaking when their hit single, “Don’t You Worry Child,” reached Top 100 charts worldwide after its release in the fall of 2012. From there begins a chronological countdown featuring footage from their final world tour, One Last Tour.

Following the group around the world, you’ll see footage from quite a few of the 50 sold-out events. The inside look will leave the audience with a deeper understanding of the group and the genre, after hearing what the members have to say about the lifestyle that came with their fame and how they grew out of it, now spending their free time with their children and families. Meanwhile, footage of the crowds getting dangerous and out of control give the most realistic look at an audience I’ve seen in a concert documentary.

Leave The World Behind was one of the best electronic documentaries I’ve seen to date, as director Christian Larson excellently captured the emotional roller coaster that was One Last Tour from the perspective of both the group and the fans. The film will keep you engaged throughout and provides a lot of clarity as to why the group came to a halt at such an exciting time in their career. You can find out more about the film at leaveitallbehind.com.