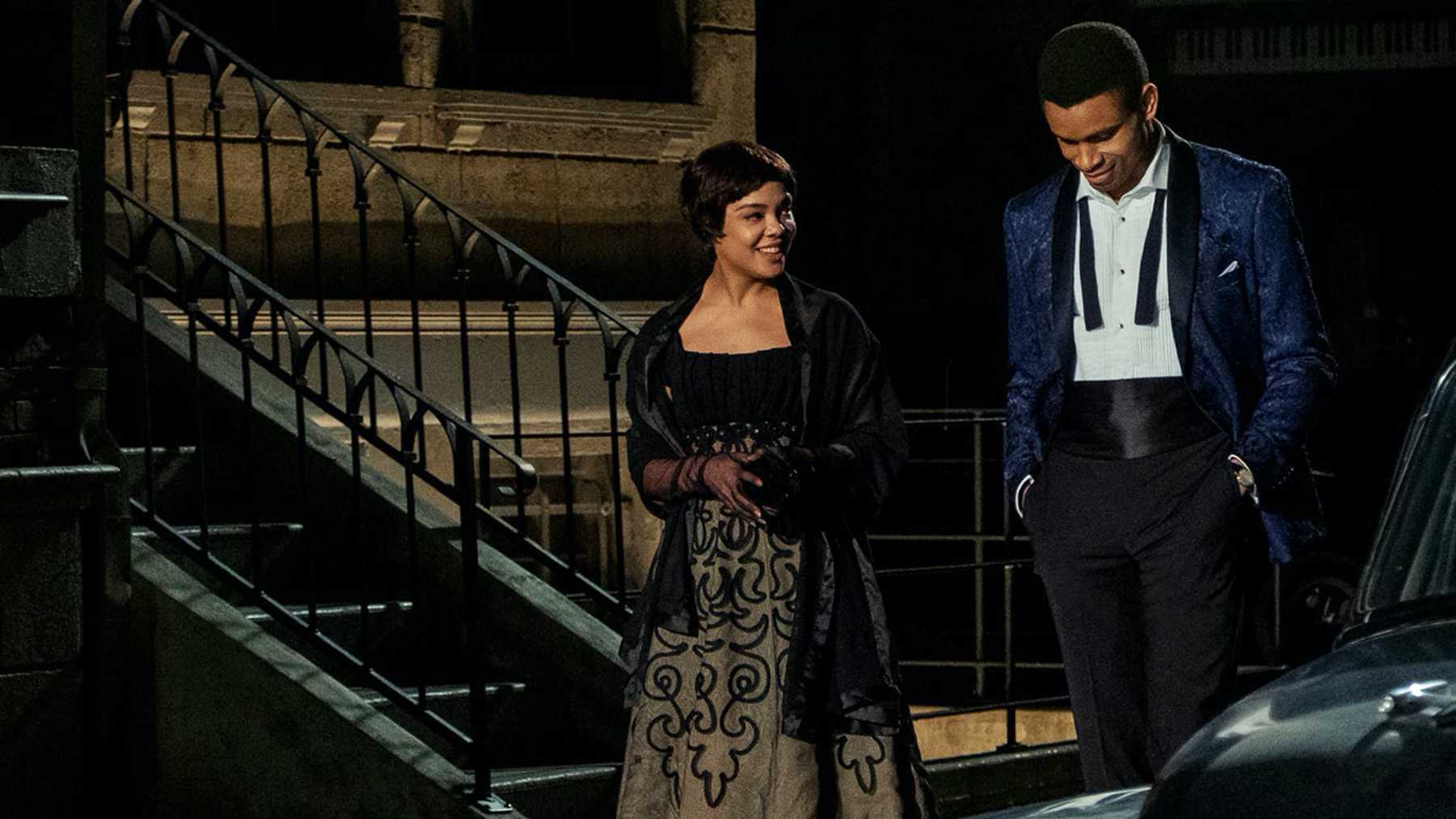 When I was a kid, I had a certain fondness for romance movies. This simply was because my mother was a big fan, and she and my aunt loved to get together and watch them, whether it was the latest from Barbara Streisand, something goofy with John Ritter or just rewatching Somewhere in Time yet again. Now that I’m an adult in my 40s, romance in film and in real life has left me a lot more jaded and cynical, and I don’t watch those kinds of movies anymore. In fact, that particular type of romance film seems to be all but dead, unless writer/director Eugene Ashe (Homecoming) has anything to say about it.

Sylvie’s Love opens in New York in the sultry summer of 1957. Sylvie (Tessa Thompson, Creed, Thor: Ragnarok, Little Woods), spends her days helping out around her father’s record store, but she dreams of a career in television. She’s practically glued to  the black-and-white set as she waits for her fiancé to return from war. Meanwhile, Robert (Nnamdi Asomugha, When The Streetlights Go On) is a saxophonist who spends his nights playing as part of a jazz quartet. When Robert takes a part-time job at the record store, the sparks start to fly almost immediately, and friendship quickly gives way to passion. As the summer reaches an end, their lives take different directions, and they part sadly but amicably. Their paths cross again years later, however, raising the question of whether either can ever be truly happy without the other.

Sylvie’s Love is old-fashioned in style and tone yet remarkably progressive in that nobody was making light romances like this about black characters during the time period in which it’s set. This isn’t a film that is specifically about racial issues, though it doesn’t shy away from the subject, addressing the struggles of the time but recognizing that this is intended to take place in a movie world, and that it’s ultimately about the character relationships.

The film gets awfully far on the likability and chemistry of its stars. I’d watch Thompson in anything—I even own Men in Black: International—and she does an excellent job subtly aging her character as the movie goes along. Asomugha, a former NFL player turned producer and actor, is quite charming, and when you combine their spark with the striking costume and production designs, as well as the sumptuous cinematography, this is an easy movie to get swept up in. The first half of the film—which focuses on the young couple’s courtship and is set to the strains of smooth, vintage jazz—is really a delight.

Ashe’s screenplay dips ever so slightly into melodrama on occasion, and feels a little a little overwrought but never tawdry. The love triangle tends to be one of my least favorite plot devices in all of storytelling, and it’s the most problematic element of Silvie’s Love, though it’s been handled much worse, even in celebrated films. As director, Ashe is slick and confident, capably invoking the style of the romance films of the early ’60s. The supporting cast, especially Aja Naomi King as Sylvie’s cousin Mona, Alano Miller as the other man, and Lance Reddick as her father, are all very good, but Eva Longoria as a Carmen Miranda type just didn’t quite work for me.

It’s not that she’s bad—she dances well and has a fair singing voice—but her high-profile presence and prominent billing made me justifiably expect that her appearance would mean that her character had a stronger reason to be there. While she and her character do add a touch of glamour, it felt too much like a star cameo that doesn’t go anywhere, and it took me out of the story and period for a bit.

Sylvie’s Love is more of a strong “like” than an out-and-out “love” for me, but it’s a good film that has the potential to become something of a favorite among those who are yearning for a romance that’s made like they used to make them, or those who just want to see more variety in the way people of color are represented on film. The latter is something that I’m enthusiastic about, and I give Silvie’s Love my stamp of approval. I hope that it finds the following that it richly deserves. –Patrick Gibbs