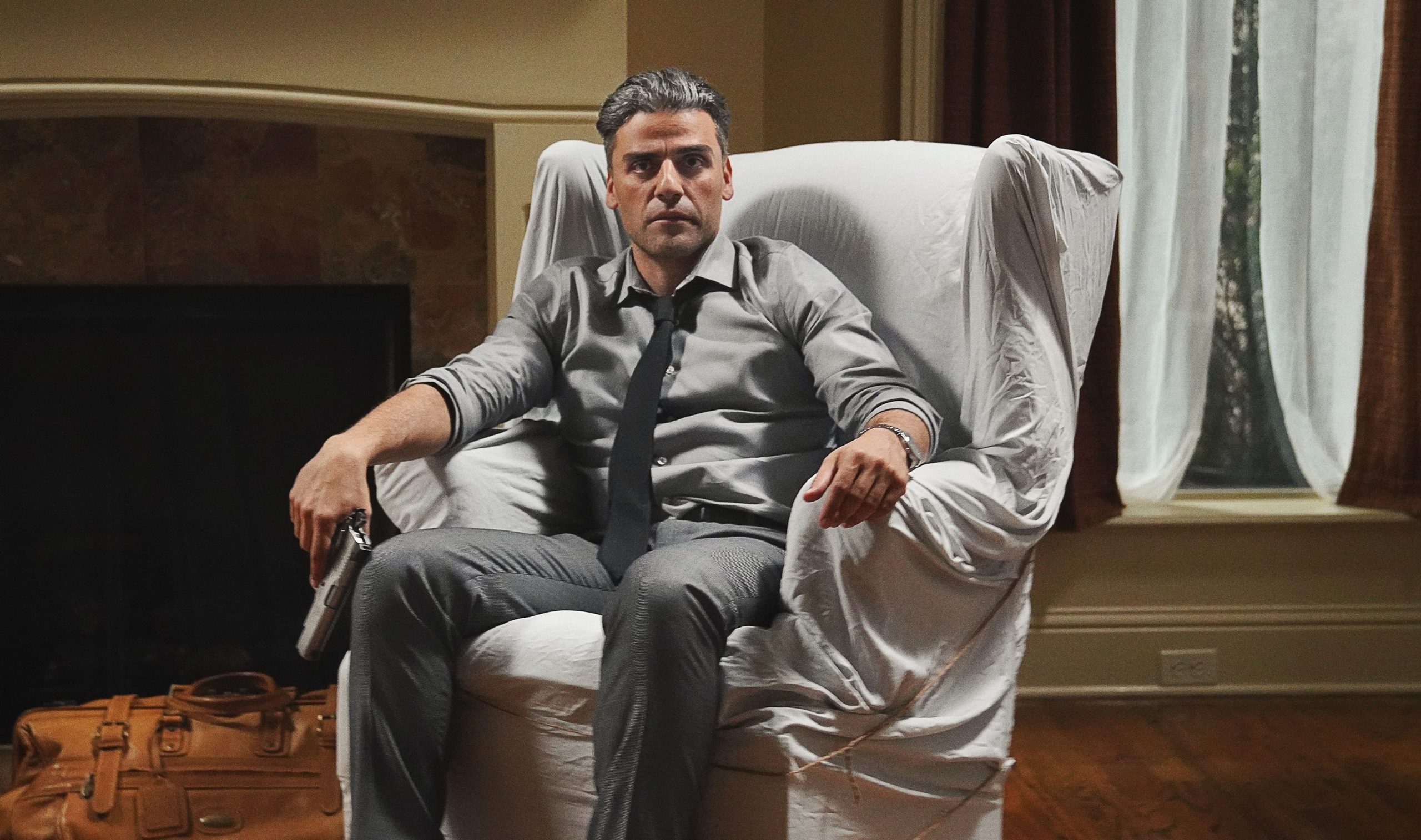 One Two Twenty Entertainment
In Theaters 09.10

When it comes to movies about being profoundly screwed up, whether it is by religion, toxic masculinity, loneliness or all of the above, the conversation both begins and ends with Paul Schrader, the auteur behind The Card Counter.

Oscar Isaac (Inside Llewyn Davis, The Star Wars sequel trilogy) stars as an ex-con turned professional gambler and straight shooter named William Tell. Sorry, I couldn’t resist the “straight shooter” line, and no, William Tell isn’t his real name, it’s merely the moniker he has chosen for his new life as he tries to put his past behind him. William, or Bill, does try to walk the straight and narrow for the most part, though he spends his life in casinos playing blackjack and poker while utilizing the skill of card counting, which he taught himself in prison.

Bill largely keeps to himself, but he makes two new friends in a short period of time. One is La Linda (Tiffany Haddish, Night School), a charismatic woman who runs a “stable,” finding outstanding card players and staking them to get them into the big tournaments. The other is Cirk (Tye Sheridan, Ready Player One), a young man on a mission for vengeance. Cirk’s father is someone from Bill’s past, as is Major John Gordo (Willem Dafoe, The Florida Project, Spider-Man), a man whom Bill has tried to forget. When Bill decides to take La Linda up on her offer to get him into the World Series of Poker, he invites Cirk along for the ride.

The Card Counter is a bleak, riveting character study and morality play that explores some of the same territory that Schrader has taken us to before, going all the way back to Taxi Driver, exploring PTSD, loneliness, lack of a clear direction in life and both looking for answers and running away from the questions. But like his last film, the hauntingly introspective First Reformed, The Card Counter adds new elements and layers that make it stand on its own as a great film. Shrader’s visual style keeps getting more masterful with each film, full of heavy ’70s influences with the occasional breathtaking money shot, but only when it’s motivated and enhances the storytelling. There’s a long “oner” done with a fish-eye lens that had my inner teenage cinephile feeling like a kid visiting Santa’s workshop, and cinematographer Alexander Dynan deserves to be an Oscar contender.

A Shrader film still rests on the characters and performances. Isaac, despite all of the success he has seen in the past five years, still manages to be one of Hollywood’s most underrated actors, a thespian who may make a great Harrison Ford type, but he’s also part Al Pacino and part Daniel Day Lewis without the eccentricities or self indulgence. Isaac’s Bill is a classic character, a mystery wrapped in an enigma concealing a riddle. In many ways, I’d compare him more to Clint Eastwood’s William Munny in Unforgiven than to Travis Bickle. Sheridan, a terrific young actor in his own right, is in top form, and the talented but frequently ill-served Haddish impresses in what may be the first genuinely good film of her career. Dafoe’s part is small, but he’s perfectly cast and plays the role to perfection. It’s still Isaac’s movie all the way, and the best lead performance he’s given since A Most Violent Year.

The Card Counter is moody, depressing and brutal at times, but it has a lot to say and kept me so glued to the screen that I barely blinked during the one-hour-and-49-minute runtime. It’s a great achievement in filmmaking, and if you’re going to see movies in theaters right now, it’s at least as deserving of the big screen experience as any special effects–driven blockbuster you’ll see all year. –Patrick Gibbs