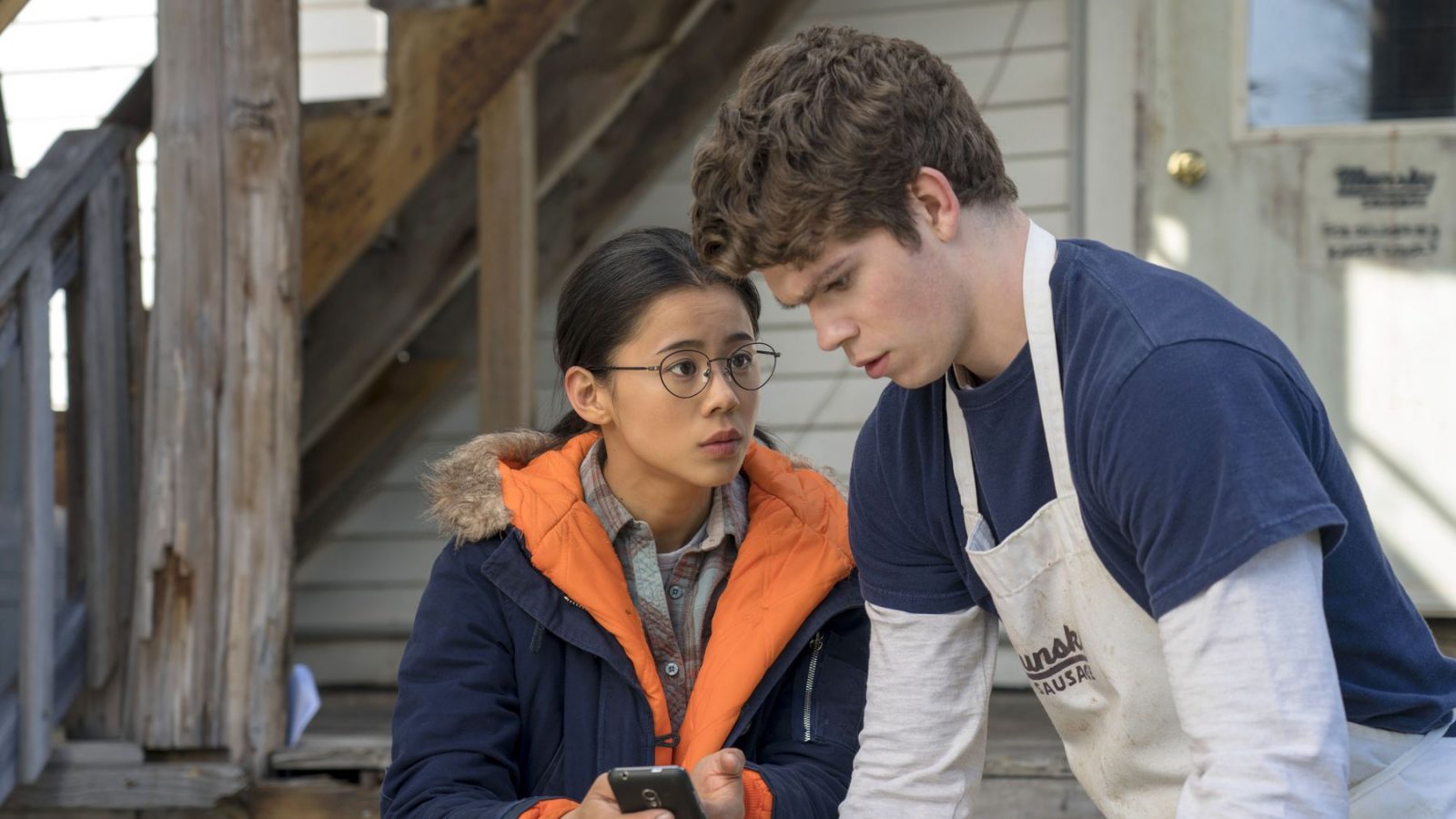 Film Review: The Half of It

The Half of It
Director: Alice Wu

The story of Cyrano de Bergerac is one of the most widely told and retold stories in fiction, and with good reason. It’s an irresistible premise that we can easily put ourselves into, and it has always appealed to me. But it’s been over 36 years since Steve Martin starred in Roxanne, and there’s no getting around the fact that the story has been done to death. Any new variation really needs to be something special in order to stand out. Luckily, writer/director Alice Wu (Saving Face) has hit it right on the nose [Ed: nice.] as she takes Cyrano to high school in the inspired and wonderfully personal comedy-drama The Half of It.

Ellie Chu (Leah Lewis) is an introverted, straight-A student who makes money by charging half the students in her year to write their English papers for them. She soon gets a chance at an altogether different type of ghostwriting when she is approached by inarticulate football player Paul Munsky (Daniel Diemer), who offers to pay her to write a letter to the girl of his dreams, Aster Flores (Alexxis Lemire). Everybody wants Aster Flores … including Ellie, who has never spoken to anyone about her feelings. Ellie reluctantly agrees, but one letter turns into repeated correspondence and texting, and it only becomes more complicated when the antisocial Ellie discovers that Paul is a remarkably sweet kid who is becoming a genuine friend.

The best part of being a critic is being able to call attention to movies like The Half of It. It’s a sweet, heartfelt and brilliantly insightful take on a classic tale, and a sensitive look at first love, fear, loneliness and self discovery. Lewis and Diemer give star-making performances, and the depth with which Wu writes and directs these characters is remarkable, particularly in her ability to make us love them as much as she does by never forcing it. The progression of all of the relationships—including the one between the viewing audience and the characters—is organic and real.

This unconventional love story nicely references some of the most iconic romances of the cinema, including Casablanca, The Philadelphia Story, The Remains of the Day, and The Graduate, and in doing so creates a sort of symbiotic relationship with them. Wu also seems to be unintentionally channeling The Wizard of Oz by making a film that is loaded with heart, brains and a lot of courage. The Half of It is a powerful argument in favor of Netflix, because it’s exactly the kind of indie treasure that may not have found a wide audience without it.

I honestly hate the contrived and insipid stories that make up the vast majority of the romcom genre, but when a movie is able to break that mold and create something real, it can be a joy to see. I have just enough personal experience with the kind of dynamic portrayed here to find The Half of It to be firmly grounded in truth. I fell head over heels in love with this movie, and it’s a beautiful and spirited modern classic that deserves to be seen. –Patrick Gibbs