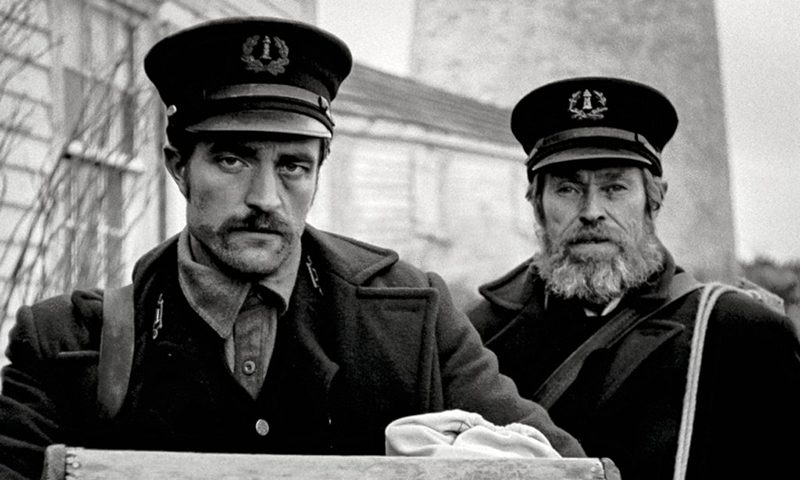 Photo courtesy of A24

One location, two actors and a single-sentence plotline—Robert Eggers’ second film is a masterpiece of filmic minimalism. With no more to work with than two men stuck tending to a remote lighthouse, the director has crafted one of the year’s most gripping and shocking thrillers. The Lighthouse pivots further away from the genre conventions of horror and dives deep into the worlds of psychological thrillers, high noir and survival drama. The film is (of course) terrifying, but more so because of its naturalistic and interpersonal threats than any sort of supernatural force. It’s not that the area is haunted, but there is a shortage of food. There is the always lingering threat of insanity, as well the classic conflict of humanity’s subservience to the destructive forces of nature.

One of The Lighthouse’s most notable formalist qualities is Eggers’ choice to project in black and white and in an almost-square ratio. With big, black bars on either side of the screen and a decidedly lo-fi greyness to every shot, a sense of distortion and a perpetual claustrophobia permeate the film. This grim and obscuring visual style recalls a wealth of historic film movements—expressionist horror, noir, neorealism—and Eggers both pays homage to many of these techniques while consciously moving away from them and into his own mystical world.

More than just these physical consequences, though, Eggers uses this style to further The Lighthouse’s narrative. Throughout the film, which is dominated by close-ups, the viewer is consciously aware of what they can’t see, with the characters always looking just past the camera. This ghostly point of view places you directly in the drama. As the two leads struggle with their mental stability and quickly lose their grounding in reality, so, too, is Eggers’ audience consciously aware of their own lack of understanding. We’re not so much privy to the film’s overwhelming confusion as we are entangled in it.

As much as the story, setting and filming style would assert that The Lighthouse is a director’s showcase, the resulting movie is—more than anything—a celebration of two actors working at the peak of their abilities. Willem Dafoe and Robert Pattinson each deliver jaw-dropping performances. Dafoe plays a caricature of the swash-buckling sailor, often quoting classic literature and—even in his “normal” speech—speaking in alliterative dialogue that almost resembles verse. As the lonely, potentially deranged master of the lighthouse, he feels pulled straight from a Victorian novel (a quality that Pattinson’s character readily criticizes).

Against this dramatic, theater-ready performance, Pattinson is a beacon of tangible, realistic method acting. His speech is more colloquial and his actions are more unpredictable, giving his performance an effortless air that’s marked all of his recent work. The conclusion of The Lighthouse however, brings Pattinson to unfathomably explosive levels. Any sense of the suave collectedness of his Good Time performance vanishes into a chilling portrayal of madness.

Within such a restrictive and limited creative space, each minute aspect of this film has to shine in order to make up for the lack of conventional grandiosity. Thankfully, Eggers took nothing for granted. For both its behind-the-scenes creators and its on-screen actors, The Lighthouse is a marvel. –Connor Lockie