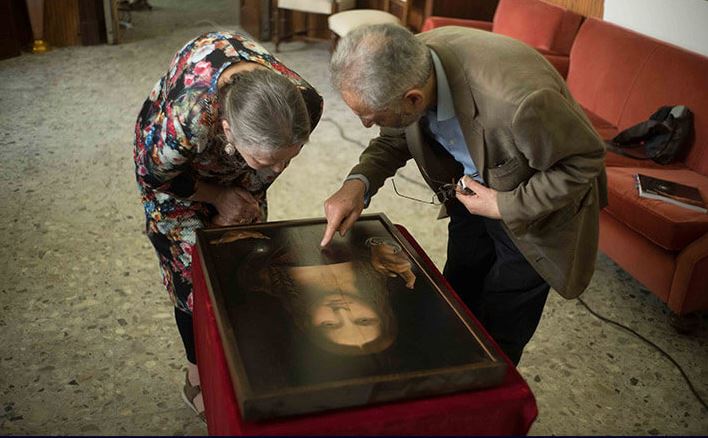 As a child, I remember standing in a museum, attending a Leonardo da Vinci exhibit for art class. I sketched a crude copy of the Salvator Mundi, which, of course, was based on a copy there in the exhibit. Now, years later, while watching The Lost Leonardo—a documentary about the sordid story of what may or may not be the original work—I found myself thinking about that sketch that I still have somewhere, and wondering how much it would go for now.

The Lost Leonardo tells the inside story behind the most expensive painting ever, sold at $450 million, claimed to be the master painter’s long-lost original. From the moment it is purchased from a shady New Orleans auction house, its buyers discover masterful brushstrokes beneath its cheap restoration and the fate of the Salvator Mundi is driven by an insatiable quest for fame, money and power. But as its price soars, so do questions about its authenticity. Is this multimillion-dollar painting actually by Leonardo—or do certain power players simply want it to be? Unravelling the hidden agendas of the world’s richest men and most powerful art institutions, The Lost Leonardo reveals how truth became secondary to vested interests.

The Lost Leonardo features enough twists and just flat-out wacky intrigue to be a Dan Brown novel, including the third act introduction of a real-life supervillain. Director Andreas Koefoed (Ballroom Dancer, At Home in the World) knows how to tell a good story. The film is involving and full of colorful characters—from Yves Bouvier, the smarmy but shrewd art dealer who first bought the painting, to the defensive and jittery Diane Dwyer Modestini, the woman behind the restoration—greatly respected in some circles and utterly reviled in others, whose life has been consumed by questions and accusations about the painting’s authenticity.

The Lost Leonardo doesn’t directly pass any judgments on Modestini, though the endless clips of Pulitzer Prize-winning art critic Jerry Saltz are certainly not flattering, as he skewers her and the painting mercilessly at every opportunity. Most interesting about this is that much of what Saltz has to say is compelling and well-reasoned. He may well be right, but he comes off as such an overbearing, pompous ass—relishing his moment in the spotlight and treating his interview as if he is doing a theatrical performance piece—to the extent that I would have found myself rooting for Modestini out of spite. As a critic myself, I wanted to jump through the screen, grab Saltz by the shoulders, shake him vigorously and shout, “Hey, grease stain: This is why nobody invites us to parties!”

The Lost Leonardo is more a piece of great entertainment than it is great art. It’s a popcorn documentary if ever there was one, but a good one. It may not be a genuine hit in theaters, but there’s no doubt that there’s an audience for this movie, and the bidding for streaming rights will likely be comparable to the selling of the painting itself. –Patrick Gibbs