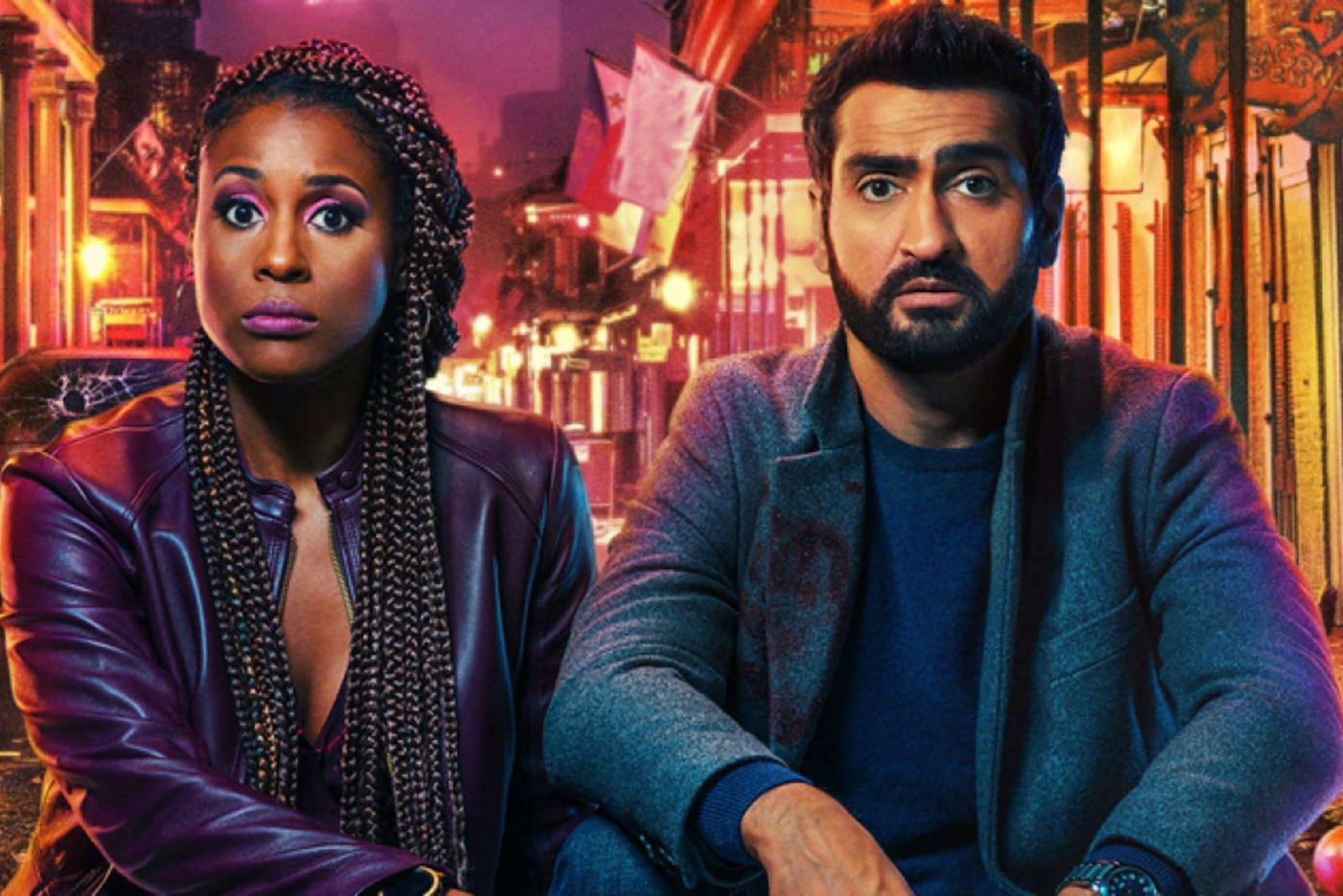 Kumail Nanjiani may be a stand-up comedian turned actor, but the star he is most comparable to would arguably have to be Ben Affleck. Think about it: Good Will Hunting propelled writer/actor Affleck  to stardom, and suddenly he was in almost everything.  But the expectations set by his celebrated breakthrough made the string of assembly-line Hollywood stinkers he was appearing in all the more difficult to tolerate. Nanjiani’s The Big Sick is one the very best movies of the last decade, but while he has been quite prolific since, I defy you to name a good movie he has been in since that one. The good news is that if Stuber was Pearl Harbor, then The Lovebirds is roughly equivalent to Changing Lanes: It’s not a particularly good film, but it’s at least watchable.

In The Lovebirds, Jibran (Nanjiani) and Leilani (Issa Rae of Insecure) are a couple who reach a crossroads in their relationship, deciding to break up the very day that they are falsely implicated in a murder. As their journey to clear their names takes them from one extreme circumstance to the next, they must figure out how they, and their relationship, can survive the night.

This movie—which in many ways  just feels like a reworking of the dreadful Date Night—works only because Nanjiani and Rae are incredibly charming. Their chemistry is so strong that, while I never cared a lick about the half-baked mystery plot, I did care a surprising amount about whether these two crazy kids stayed together. I’m not particularly familiar with Rae’s work, but I hope this movie does just well enough to get her some more star vehicles.

Director Michael Showalter, who also helmed The Big Sick, does a capable-enough job with a weak script by Aaron Abrams and Brendan Gall, but his skills with action don’t match his gift for smaller, character-based scenes. The mix of light rom-com and violent would-be thriller doesn’t work, though it may actually have been a good choice by Showalter to approach the heavy element as if he doesn’t take it any more seriously than the audience will.

The Lovebirds was intended to be a Paramount summer release before COVID-19. While it may have played better with an audience’s laughter, there’s a lot to be said for having it on the small screen. It gets by well enough on the strength of its stars and the lack of competition, but it’s not like to stick with you in any tangible way. I’ll keep my fingers crossed that Nanjiani has an equivalent to Gone Baby Gone or Argo in his future. –Patrick Gibbs