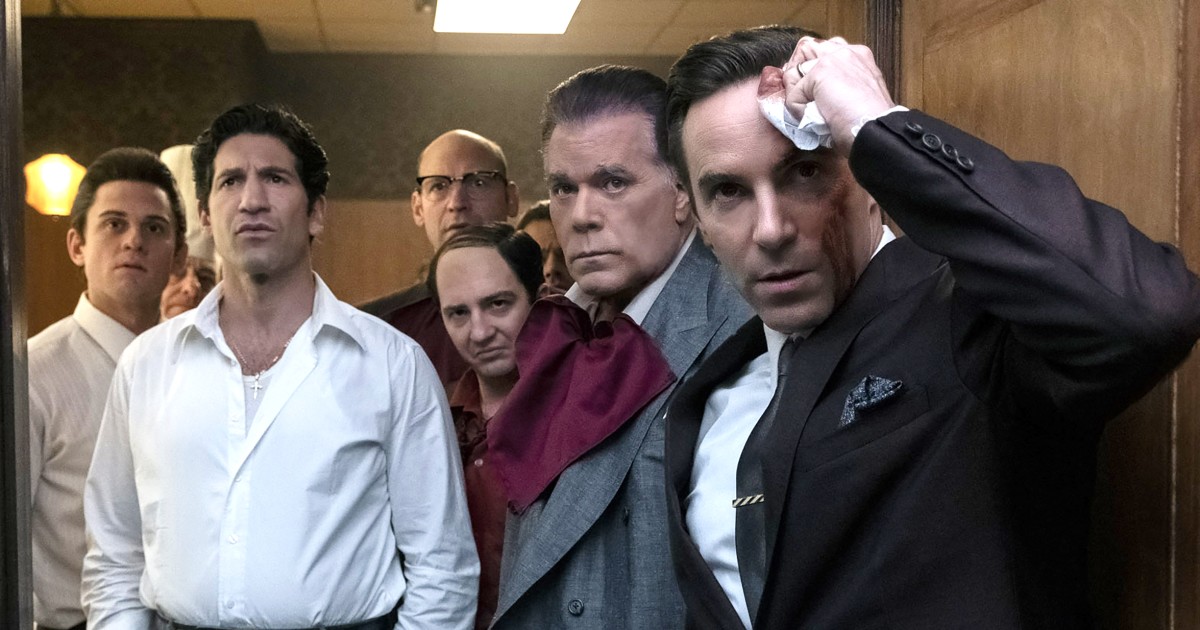 Film Review: The Many Saints of Newark

The Many Saints of Newark
Director: Alan Taylor

HBO Films and Chase Films
In Theaters and Streaming on HBO Max 10.01

I have to start this review of The Many Saints of Newark, the prequel to the acclaimed and beloved HBO series The Sopranos, with a sheepish confession: I’ve never actually seen The Sopranos. I didn’t have HBO when it first ran, and then I just never got around to it. So, on a certain level, this review comes from an outsider’s perspective. I have, however, seen nearly every gangster picture that inspired The Sopranos, and that’s not nothing.

In The Many Saints of Newark, young Anthony (Michael Gandolfini) is growing up in the ’60s and ’70s, one of the most tumultuous eras in Newark’s history. He’s becoming a man just as rival gangsters begin to rise up and challenge the all-powerful DiMeo crime family’s hold over a city increasingly fraught with fierce racial tensions. Caught up in the changing times is the uncle he idolizes, Dickie Moltisanti (Alessandro Nivola, Face/Off, Jurassic Park III), who struggles to manage both his professional and personal responsibilities—and whose influence over his nephew will help make the impressionable teenager into the all-powerful mob boss we’ll later come to know as Tony Soprano.

Director for hire Alan Taylor (Thor: The Dark World, Terminator: Genisys) has solidified that the Martin Scorsese fan film is becoming its own subgenre. The Many Saints of Newark owes as much to Goodfellas as Joker did to Taxi Driver and The King of Comedy. It follows the model so closely that it even tries to one-up Joker’s gimmick casting of Robert De Niro in a supporting role by casting  Henry Hill himself, Ray Liotta, in not one but two roles: those of Dickie’s father “Hollywood Dick” Moltisanti and his uncle, Sal.

If anything, Joker director Todd Phillips has more polish and visual flair than Taylor, but Taylor has the significant advantage of working from a better script. The Many Saints of Newark may be lacking in focus or a sense of direction at times (something which even fans of the series I spoke to after the screening agreed on), but it’s involving, briskly paced and entertaining. The central performance goes a long way and doesn’t come from young Michael Gandolfini, but from Nivola, the true lead of the film, who proves himself a powerhouse leading man with muscular acting chops.

Michael—son of the late, great Sopranos star James Gandolfini—gives an effective performance and does his dad proud. But the movie belongs to Nivola, Liotta and Leslie Odom, Jr. (Hamilton, One Night in Miami). Odom plays Harold McBrayer, an enterprising runner who works for Dickie but wants to make a name both for himself and for people of color in the New Jersey organized crime scene.

While there are a slew of references to the series and little nuances that I was missing out on, as a fan of the genre, I was easily swept up by The Many Saints of Newark. Although, Taylor’s uninspired direction is a mediocre impression and I often found myself wishing that the movie was directed by Barry Levinson, whose 1997 flop Sleepers was a better Scorsese wannabe than either Taylor or Phillips has given us. But The Many Saints of Newark has some terrific lead performances, including some of Liotta’s best work in decades, and his transformation from one brother to the other is a treat to watch.

The production design and cinematography are both top-notch, and The Many Saints of Newark has atmosphere to spare. Regrettably, one atmospheric impression that reminds us that it’s a cheap impression comes through the near constant use of background songs that never click or feel as motivated as they do in Goodfellas or Casino. While the script by Sopranos’ creator David Chase and cowriter Lawrence Konner (Superman IV: The Quest For Peace, Mercury Rising) is strong overall, some of the foreshadowing or connective tissue felt a little on the nose even for someone who hasn’t seen the series but is well-acquainted with it. This is especially true with elements involving the voiceover narration from Michael Imperioli as Tony’s cousin Christopher Moltisanti, who reminds us in the opening moments that he met an ultimately end at Tony’s hands and is telling the story from beyond the grave.

By the time it’s over, The Many Saints of Newark has provided two fairly entertaining hours without much point to them, except possibly to set up a spinoff series for HBO Max. It’s a “good enough” movie that’s pretty easily forgotten and far from a must-see for anyone but salivating fans who want to revisit familiar territory. –Patrick Gibbs