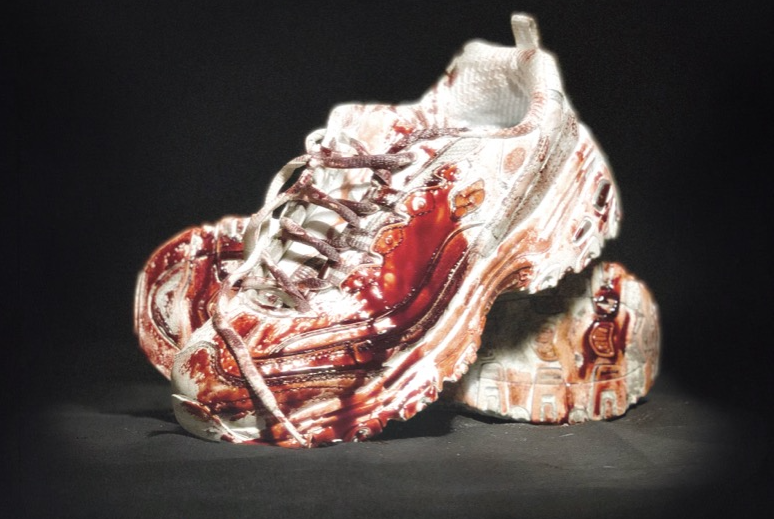 Featuring crisp, aesthetic shots and chilly synths, The Runner by Boy Harsher is part horror, part ’80s music video and part meta-documentary. Harsher uses the genre-bending approach to place viewers in an uneasy space where the camera doesn’t delineate realities—in one scene, the shot moves from a person watching a music video to being inside the TV’s picture. The main narrative starts by introducing the protagonist, a woman running through the woods in an oversized white shirt covered with blood (played by actor and musician Kris Esfandiari). As we learn more about the woman, we see she’s more likely predator than prey.

Between following Esfandiari’s character to a house and eventually a small-town bar, Harsher cuts to a synth band in a studio and documentary-style interviews with musicians who explain their producing and concepting processes. Flashing back to Esfandiari’s character, we learn she’s a murderous cannibal seducing victims, just as the synth ramps up the atmospheric anxiety.

The Runner feels similar to early episodes of Black Mirror (I’m thinking of “White Bear”), but Runner’s world is its own flavor of creepy. In fact, what makes the short timely is this “creep” from one narrative reality and genre into another. This dynamic resonates in our world, where creative entertainment/technologies and everyday existence seem to have blended together, causing intriguing creative possibilities, but also a disturbing fracturing of reality. The gorey moments of the film come across as more sinister because of the departure from the horror soundtrack staples of shrieking violin; rather, the bloody parts set to synth are often trance-like.

While on the whole The Runner plays more like a long music video (and it’s easy to get sidetracked), the photography and audio mixing are technically great. I’m sure we’ll continue to see genre-bending themes in experimental films that fray the edges of traditional categorization. –Hannah McBeth