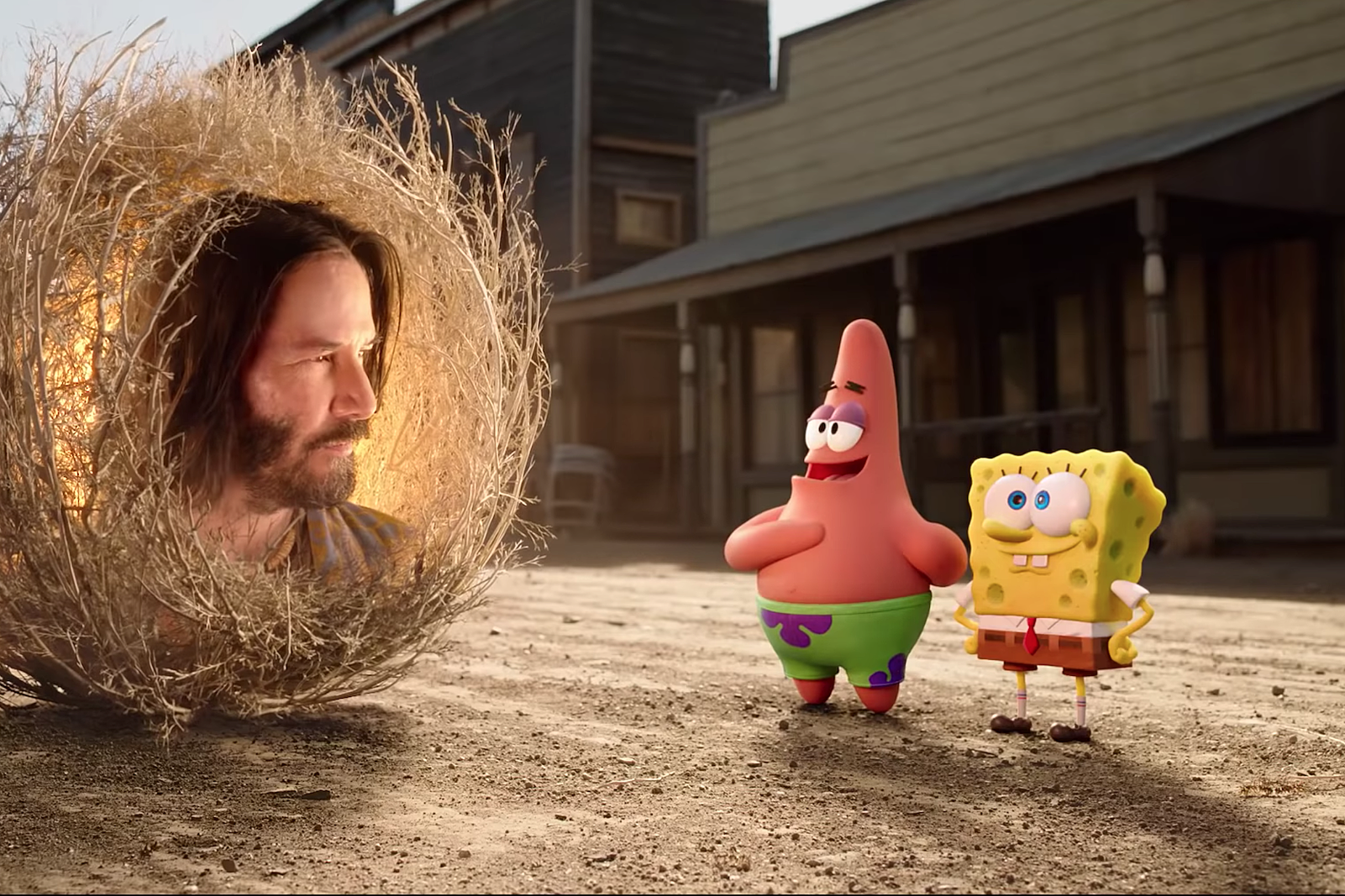 Film Review: The SpongeBob Movie: Sponge on the Run

The SpongeBob Movie: Sponge on the Run
Director: Tim Hill

I have to be honest: I’ve never really gotten into SpongeBob SquarePants, and I was thus a bit concerned that I wasn’t connected to the material enough to adequately review The SpongeBob Movie: Sponge on the Run. I’ve seen bits and pieces of it, but I’ve never truly watched it or wanted to do so. Perhaps that comes down to age—I was in my 20s when it first became popular—or the fact that a big part of the joke is that the main character is so utterly annoying. Or maybe it might have something to do with the way those of us named Patrick tended to get mercilessly harassed and laughed at, even by our ex-girlfriend who was obsessed with the episode where the starfish is a gladiator and calls himself “Patar” and kept calling us that as a pet name just to get a reaction out of us, which it did. But we have moved on, but please do not ever call us that—we don’t like it.

In The Spongebob Movie: Sponge on the Run, the titular character and his friends in Bikini Bottom have also moved on, in the sense that they are now CGI instead of hand-drawn. But the story really begins in the Lost City of Atlantic City, where the vain King Poseidon has just used up all the slime from his latest sea snail, which is necessary to keep his skin rejuvenated. Since sea snails are almost extinct, Poseidon decrees the obtaining of a new snail, which just happens to end up being none other than SpongeBob’s beloved pet snail Gary.

When SpongeBob and Patrick, once again voiced by Tom Kenny and Bill Fagerbakke, respectively, find out, they set out on a mission to save Gary. Along the way, they meet a wise sage named Sage played by Keanu Reeves as a disembodied head inside a rolling tumbleweed, which makes more sense in the context of the film. Sage guides them on their journey when the whole gang teams up for a heroic and hilarious journey where they discover nothing is stronger than the power of friendship.

Writer-director Tim Hill has made an incredibly silly, lighthearted romp that is a delight, had me chuckling throughout and even laughing out loud. It knows exactly what it is and never tries to be more or less. It’s just an incredibly entertaining movie. A lot of the biggest laughs come from Patrick, as well as Plankton (Mr. Lawrence), Squidward (Roger Bumpass) and Mr. Krabs (the magnificent Clancy Brown), as well as Awkafina, who voices Plankton’s robotic toadie, Otto. On the live-action end, Reeves is quite amusing and clearly having a blast, as is Danny Trejo as a “very bad man” called El Diablo. The animation is colorful and eye-catching, with the CGI approach veritably bringing the world under the sea to life.

The SpongeBob Movie: Sponge on the Run is certainly aimed at fans, but it’s quite accessible even if you’re not. It made a fan out of me, like the spirits that visited Ebenezer Scrooge. I promise to honor SpongeBob and keep it in my heart all the days of the year, from this day forward. I’m actually planning to binge on old episodes the first chance I get, which says quite a bit about how much this movie won me over, and probably even more about how badly I need some off-the-wall escapism right now. It’s not for all tastes by any means, but those who are looking forward to it are not likely to be disappointed. It’s a goofy, pleasant diversion. –Patrick Gibbs