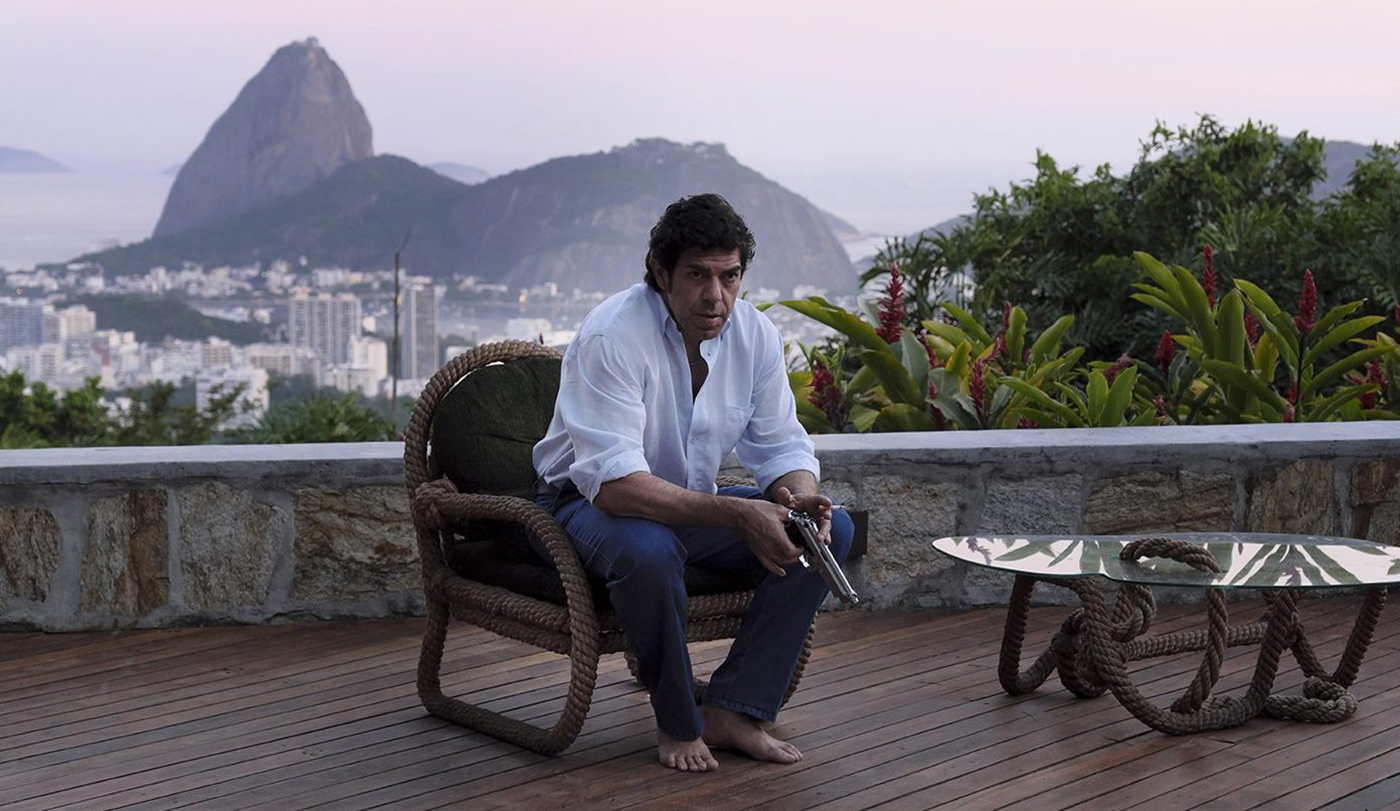 It may be something of a cinephile cliché, but I love a good mob picture. That being said, it has been a long time since the two Godfather films (there is no third film, that was just a bad dream you had). Though Martin Scorsese just proved once again that he is still capable of breathing life into the genre, it's hard not to feel that, on the whole, the style has just been done to death. The rather procedural first forty minutes of The Traitor—Italy’s submission for the Academy Award for Best International film—did little to change my feelings, but as Michael Corleone didn't say in a sequel that definitely does not exist, “Every time I think I’m out, they pull me back in!”

The Traitor is the true story of Tommaso Buscetta (Pierfrancesco Favino), a “regular soldier” for Cosa Nostra who chose to cooperate with prosecutors and, in doing so, break his sacred oath to the organization. Buscetta, a made man, flees to Brazil as war for control of the heroin trade rips through Sicily. But when his sons and his brother are killed and he is arrested and extradited to Italy, he decides that he must do something. He explains that the code he once so strongly believed in is now meaningless, and that as the mafia rages far out of control, killing and enslaving so many innocents, he reasons that it is not he who has changed or lost his honor, but Cosa Nostra itself. But are these his true feelings, or merely a rationalization to save face? Is he motivated by his conscience, or by his desire to save his own skin and those of what family he has left?

Favino is an actor I have admired for some time (he is perhaps best known to American audiences for his roles in Prince Caspian and Angels & Demons), but his performance here is electrifying. The stakes get higher, the more Buscetta becomes resolved to see it through, and the more fascinating a character he becomes. Many of the most intense sequences happen in the courtroom, Buschetta is joined by second “Pentito,” Salvatore Contorno (played by the scene-stealing Luigi Lo Cascio).

The Traitor really kicks into high gear in its final third, and leaves behind the initial feeling that it is merely covering the same ground as Goodfellas. At two and a half hours, it does run a bit too long, but it easily makes up for the sections that lag, and it evens out to be a highly satisfying experience. It's not likely to have much appeal for non aficionados, but if you are a fan, it's safe to say that director Marco Bellochio has made you a film that you can't refuse. –Patrick Gibbs