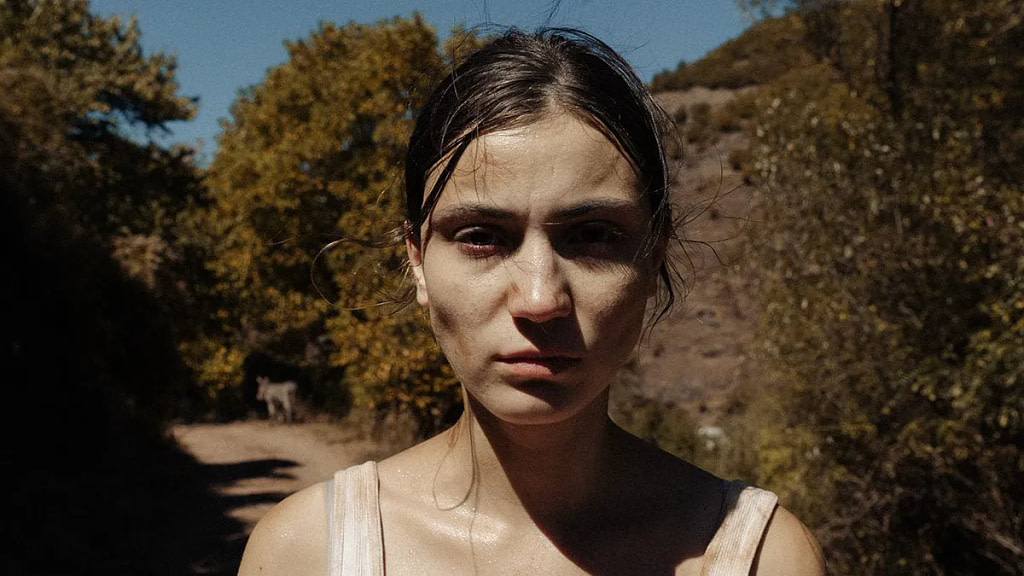 This is Where We Meet: Nina Ognjanović on Where the Road Leads

“It’s a coming-of-age Western,” says Serbian writer-director Nina Ognjanović regarding the genre of her debut feature, Where the Road Leads, which premieres this week at the 2023 Slamdance Film Festival. At a glance, this could almost be taken as a joke—a tightly wound, Serbian-language drama set in an aging, isolated village doesn’t immediately evoke the frontier justice or wind-chiseled, red rock landscapes of the American West. It’s a surprising categorization. Even more surprising is that, after watching Where the Road Leads, Ognjanović’s self-assessment makes perfect sense to me.

It’s all there in the village’s inhabitants: A surly, de facto lawman, a pair of violent drunks, an elderly couple who remember the names and faces of the town’s past and a young woman whose every action is motivated by a desire to get away from the home she never left. There’s a Stranger, a “new guy” whose sudden appearance upsets the balance among the town’s insulated populace. Where the Road Leads resembles a classical Western not so much in style or in cultural specifics but in spirit and theme.

Where the Road Leads is, of course, more complicated and personal than a Wild West story transplanted to the Balkan Mountains. Ognjanović’s own history informed the emotions at play in the film. “I started film school in Belgrade a couple years later than my peers,” she says, “because I was initially supposed to go to the U.S. to study. And then, circumstances were what they were, and I wasn’t able to go. So that feeling of not being able to leave the place you’re from, that really stuck with me for a long time.”

That feeling—of restriction, stagnation, suffocation—is personified by the film’s central character Jana (Jana Bjelica), who feverishly navigates her village as if dropped into a maze in the film’s opening sequence. She is desperate to escape, to preserve and protect the only way out she has ever seen. “At its core, it is a coming-of-age story,” Ognjanović says, amending her definition of the film as a Western. “It’s about a girl who, throughout 24 hours, grows up and makes realizations about the world and herself and her hometown that she probably wouldn’t have had the ‘new guy’ not come.”

Ognjanović is open about her influences as a storyteller—“Gabriel García Márquez, the Colombian writer. He’s my number one, so I’m sure that he’s more consciously there, as an influence, than any others.” Indeed, there are hints of Márquez’s magical realist style laced throughout the film: A power outage in the village, which exacerbates many tensions and heightens already strained emotions, begins the moment the “new guy” walks into the town square.

The mountain village of Topli Do, the shooting location for Where the Road Leads, seems almost like it was devised and constructed for the film itself. The setting and its landmarks become familiar to the audience, even navigable, by the end of the film, in the same way that the set of a stage play does by the end of a performance. “It’s, I guess, a 19th-century village,” she says. “For the most part, when we got there, it was preserved and there were very few people still living there. And they were very protective of the place because there’s a river running through. A couple years back the government wanted to interrupt the river for a power plant. And the villagers fought them off!”

So that feeling of not being able to leave the place you’re from, that really stuck with me for a long time.”

It’s become a cliché almost beyond the point of parody to say that a film’s location is actually one of its central characters, but in a very real sense, Topli Do was a kind of co-writer for Ognjanović—so perfect a discovery was the village that Ognjanović rewrote entire scenes and subplots to better fit the location they had found. “It was the only way it could’ve worked because trying to merge something very specific with another thing that is very specific just would have conflicted. I think it turned out for the best.”

It’s this confluence of emotion, resourcefulness and true ingenuity behind the camera that makes a film like Where the Road Leads exciting. The film is at turns warm, tense and tragic. Its lineage is part John Ford and part anthropological portrait of an isolated community akin to Márquez’s One Hundred Years of Solitude. Its heart, though, is entirely that of Nina Ognjanović. Perhaps this is not where she begins, but for us, her audience, it is where we meet her.