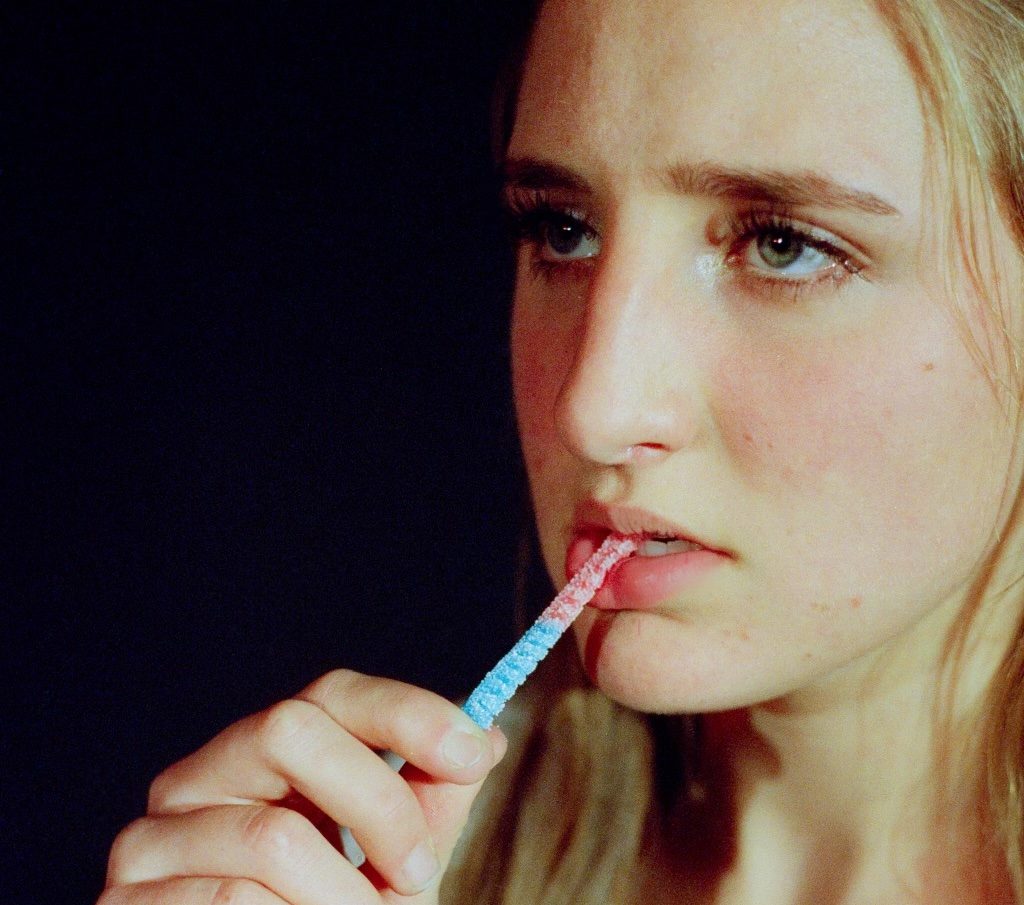 Content Warning: This article and play address issues of sexual violence and consent.

From the minute the lights dim and the opening actors relay their first lines, you’re well aware that Sympathizer is sure to rock your world. The play, written and produced by University of Utah student Serena Collins and directed by Emily Nash, premiered at The Box this past weekend. The play centers around a group of high schoolers who grappling with how the then recent #MeToo movement has affected their friend group. As such, there’s a hefty trigger warning—the play is about sexual assault, but also contains mentions of rape, strong language and the mishandling of trauma.

Though the play deals with undeniably heavy topics, the presentation is tactful all the way through. Every complex, painful part of the story is fleshed out with care. As someone who was also a high schooler (and at the time, presenting as a woman) during the height of #MeToo, the play certainly got too real for me at points—it brought me to tears.

Still, where Sympathizer shines the most isn’t just how it examines the pain, but also how the play creates a sense of true rawness. From the music choices during transitions to the awkward pauses to the characters’ badly timed jokes, Sympathizer brought the reality of the high school experience to the hard conversations of sexual assault. While almost startling at times, this abrasive juxtaposition was necessary in my eyes; the world’s cruelty doesn’t begin when you graduate high school, but that doesn’t mean you know how to navigate it. These conversations—and unfortunately the experiences that inspire them—are happening at younger and younger ages. To ignore that fact will not make it go away.

The conversation that Sympathizer brings seems to hit every possible nuance without being overwhelming. Specifically, one of the most interesting characterizations is of Samantha (Ellie Otis), who is so eager to support her friend and survivor Mandy (Sydney Beacham) that she ends up speaking over her. Samantha tries to force Mandy to use her experience as education for others, something Mandy refuses to do. This perspective isn’t one I’ve seen often, but it’s one that deserves more attention: A survivor coming forward doesn’t mean details of their trauma are free game. Samantha struggles with this and feelings of jealousy throughout, and ultimately, it brings the conversation back into a harsh focus: these are kids navigating both adolescence and trauma, which is a hell of a mix.

The entire play feels like shaking a carbonated drink, with tension rising and falling over and over again before it finally pops. You aren’t ready for the ending, but thankfully there’s a 20-minute talkback with the playwright at the end of each show. Additionally, the actors do an on-stage breathing exercise together and a quick dance to an upbeat song in something known as de-roling, which not only speaks to the sensitivity in which this intense subject is handled, but also helps protect both the actors and audience.

Sympathizer is a show that will have you deep in self-reflection. If it makes you uncomfortable, I can’t encourage you enough to sit with those feelings, take a deep breath and explore the perspectives of these high schoolers. #MeToo isn’t over, and they have something to teach you. –Alexis Perno