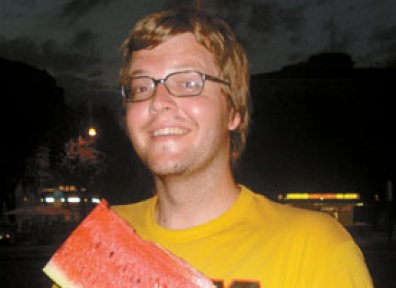 Letter from the Editor – September 2008
By Angela Brown

I first met Sean Hennefer when he was playing guitar in legendary SLC punk band, The Corleones. It was February of 2003 and I had recently booked the band to play SLUG Magazine’s 14th anniversary party. After the event, I followed his local music career over the next few years with longtime collaborator and singer, Ryan Jensen. The two friends eventually quit the Corleones and began a new Salt Lake music project called Vile Blue Shades. … read more