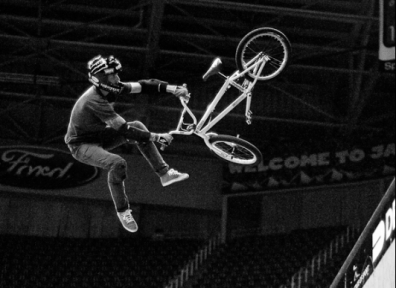 Thursday Sept. 16 marked the first day of the Dew Tour—a four-day contest series for some of the big dogs of skateboarding (park and vert), BMX (dirt, vert and park) and freestyle motocross.  Salt Lake City is the final stop before the athletes head to the championships in Las Vegas, Nevada. 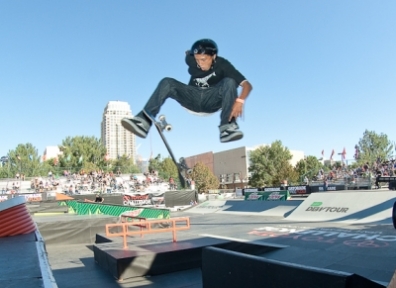 Friday, Sept. 17 was day two at the Dew Tour here in Salt Lake City. If you still haven’t checked it out, you’re running out of time. So hurry up! When I got to Dew Tour today, the first event I scoped out was the skateboard vert prelims where Bob Burnquist  was able to work his way past last month’s winner Shaun White.  … read more 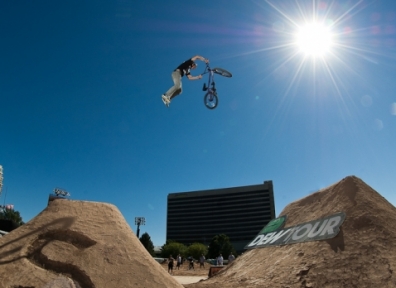 Saturday, Sept. 18 was day three at the Dew Tour and by far the busiest of the four-day event. I checked out the Gatorade Free Flow skatepark finals where Salt Lake City local Tyson Bowerbank held it down and pulled off third place overall. … read more 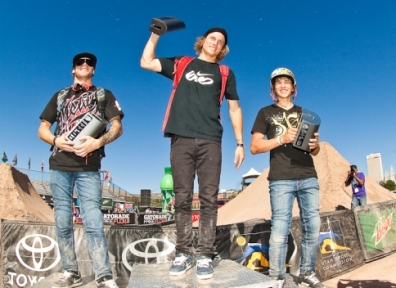 Sunday, Sept. 19 marked the last day of Dew Tour here in Salt Lake City for 2010. It was also the day I was waiting for to see the skate vert finals. The Arena was packed almost every seat filled fans watched in awe as the pros warmed up. As an intro Gatorade put on the grom demo where some super little kids shredded the ramp, there was even a seven year old who did cork 540s! I’d give him his props and shout out his name but due to regulations names of the kids weren’t released.  … read more

As far back as I can remember Bayside has been one of my favorite bands. Back in the good ol’ days in Illinois, a friend of mine, Tim, introduced me to Bayside and I was instantly stoked, thinking they sounded a lot like Alkaline Trio. … read more

If you didn’t make it out for the Heavy Wizard Trip, also referred to as the #canwestayonyourcouchtour, you missed one hell of a daytime extravaganza. … read more

Little groms like Josh Roland were killing it, doing little front side airs, but when the big guys stepped up to the plate, the bowl got destroyed. … read more

Swagatha Christie rolled through Salt Lake City for Mike Brown Fest at Urban Lounge on Thursday, Aug. 30. This Portland local legend made time out of her busy schedule to come rock some super progressive, dirty South swag. SLUG was able to sit down with her and ask her a little about herself, her music and her crew. … read more

“Too” has a good mixture of both powder riding as well as street shredding, and the cast included some household names, as well as a few you may not have heard of before. … read more

Die High Hell Ride is an action-packed hour that will knock your socks off. … read more