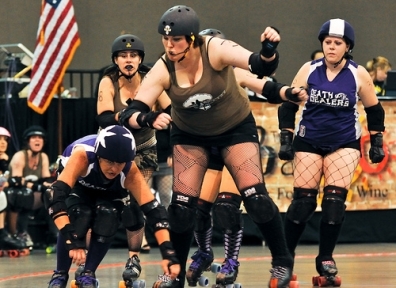 Death Dealers vs. Bomber Babes on May 15 2010
By Diane Hartford

The Death Dealers opening chant of ‘Death Dealers, Death Dealers…Kill! Kill! Kill!’ set the tone for the second bout in the Salt City Derby Girls double header on Saturday night at the Salt Palace. The Dealers’ target for the night was the Bomber Babes, a team that is still in a rebuilding phase with many new skaters after the departure of numerous veteran skaters at the end of the 2008 season.
… read more 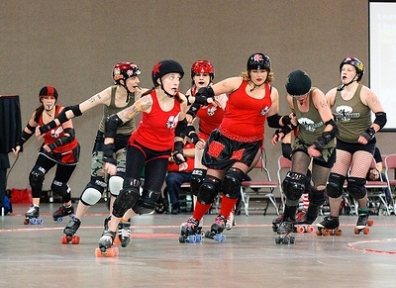 SCDG: Bomber Babes vs. Leave it to Cleavers
By Diane Hartford

Watching teams having fun while playing roller derby is joy to behold and it was obvious to the crowd at the Salt Palace on Saturday night that the Bomber Babes and Leave it to Cleavers enjoy playing each other. This was the second bout of the 2010 season for both home teams.  … read more 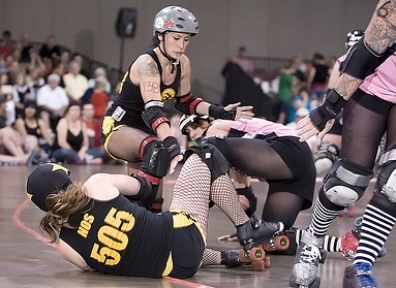 Western Region power rankings were on the line Saturday night at the Salt Palace. The 13th ranked Tent City Terrors were in town from Arizona to take on 16th ranked Salt City Shakers. A win for Salt City could have boosted their position in the rankings. … read more

Fans crossed over into the derby dimension as Wasatch Roller Derby opened the 2011 season with two newly formed home teams, the Black Diamond Divas and the Hot Wheelers. It was shaping up to be a defensive bout early on as the first few jams revealed how evenly matched the teams were. … read more 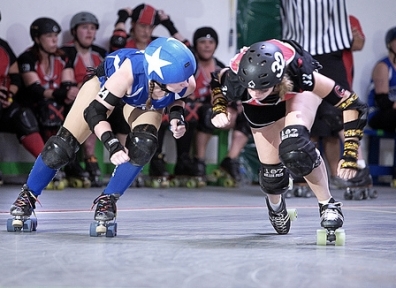 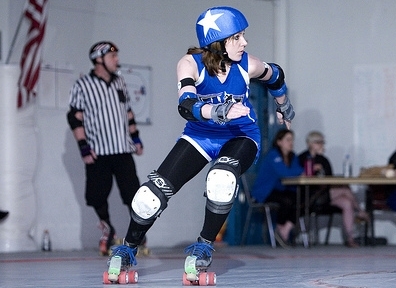 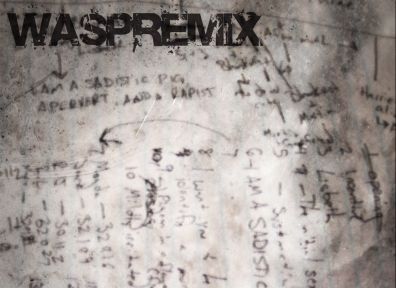 Local musician, Jazzsequence, aka Chris Reynolds, recently released a remix entitled WaspRemix. This CD is a follow up to his Spring 2011 release Wasp: music inspired by the Stieg Larrson novel The Girl with the Dragon Tattoo.  … read more