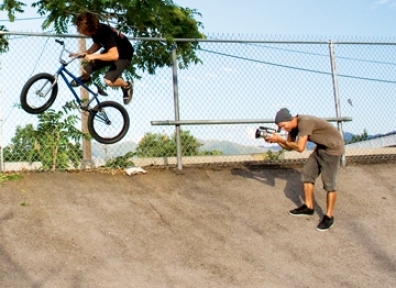 That’s Not It: A Shawn Elf Walters Interview
By Katie Panzer

Putting together a BMX video is no easy task these days, but filmer Shawn “Elf” Walters and the boys behind 2007’s That’s It are at it again. This time around, they are going the independent route with no financial backing from brands or shops. Walters, a professional rider himself, has been around the Salt Lake BMX scene long enough to watch it blow up—and he wants to show the world just what makes our city so special. … read more 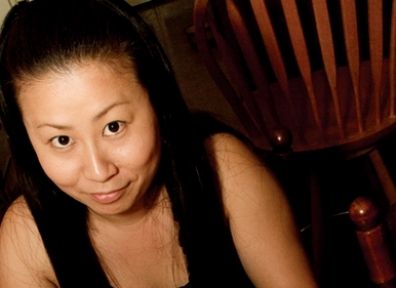 “I grew up in Japan and everyone learned [origami] folding when we were in preschool or kindergarten,” says Kumiko Morse. After moving Stateside, she spotted origami jewelry on the Internet and thought, “Hey, I can do that.” Channeling the traditions she was taught as a young child with her new-found inspiration, Morse began folding again, creating her first pieces of origami jewelry in May 2010. … read more

FICE invited anyone and everyone to exhibit their art on their walls for the November Gallery Stroll. The idea was simple—hustle some art for people for a commission. FICE not only found a way to fund their gift to our lovely city, they also helped out local artists. Check out the photo gallery. … read more

I’ll be honest here—I wasn’t expecting much from the Student Slam. With only 24 hours to write, produce and perform a play, I didn’t have very high hopes for the results. I was shortly proven wrong. … read more

As I’m chilling at the top of the banked slalom course that the Brighton Park Crew built for ThirtyTwo Day, waiting my turn to drop, I realize I’m standing amongst some of Salt Lake’s finest amateur shredders. I immediately start thinking, “I’m totally fucked…” … read more

Forum knows a few things about diversifying their riders—and I’m not just talking about Stevie Bell. Forum’s new movie Fuck It brings something to the table for all types of shredders to snack on. More than any other movie that dropped this fall, Fuck It covered all the shred basics– urban jibs, massive park jumps and backcountry powder goodness.
… read more

The Arena Premiere @ U of U Fine Arts Hall...
By Katie Panzer

It seems that the question for riders of our generation is: What to wear. Tight pants or baggy? Which school of thought do you associate with: tree-huggin’, g-thuggin’ or tight-pants, wide stance? How do you decide? The pros you look up to are a good indication of what size you buy your pants… … read more

9191 focuses on my two favorite things about snowboarding: shredding powder and riding with the homies. 9191 takes a new approach to making a snowboarding film. In lieu of a traditional team video, Volcom created a movie based on the travels of Gigi Ruf. … read more

‘The Storming’ Review
By Katie Panzer

p.MsoNormal, li.MsoNormal, div.MsoNormal { margin: 0in 0in 0.0001pt; font-size: 12pt; font-family: “Times New Roman”; }div.Section1 { page: Section1; }Dear Standard Films: Thank you for being an equal opportunity employer. Thank you for not overlooking the ladies. Most of all, thank you for bringing me what I’ve wanted all year—a shred flick with girls who can actually hold their own. All my love, Katie Panzer.
… read more 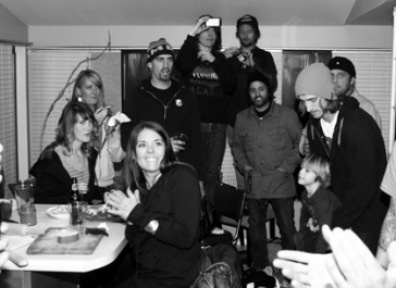 Back in August, I got the chance to tag along with the Killjoy film crew for an article I wrote for the Sept. issue of SLUG. Killjoy finally premiered on Nov. 28 and confirmed what I’ve been thinking since August: BMX is way fucking cooler than skateboarding. … read more