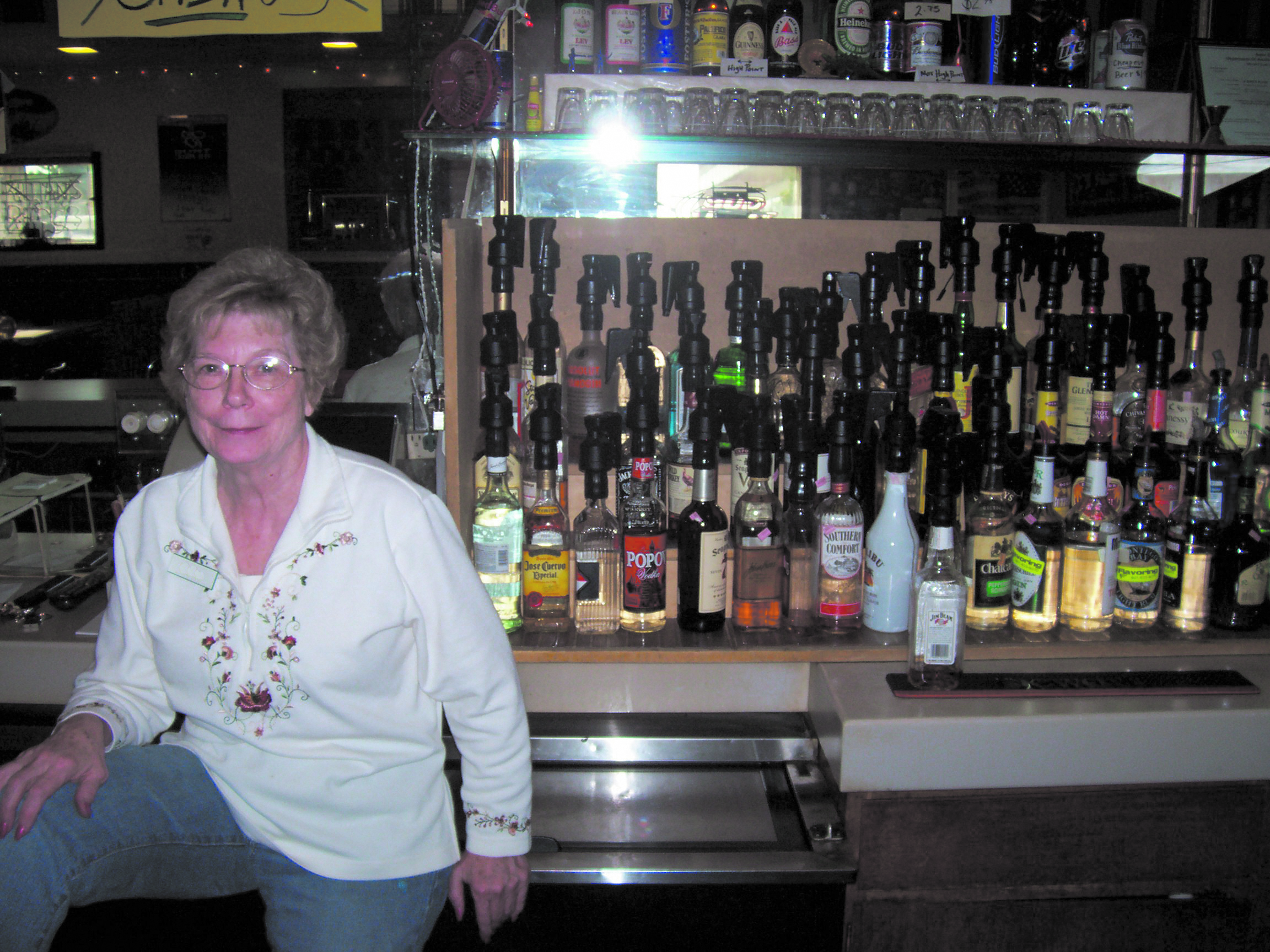 A Short History of Drinking in Utah

Every profession has their masters. These people are good at what they do; they’re well respected within their professions by their peers. And sometimes these people leave behind a legacy.

“Karen” is one such person in the profession of getting people wasted, more commonly known as bartending. I’ve been learning the trade myself and I just so happen to be fortunate enough to get educated by the best. After all, Karen has been behind the bar for 44 years. If getting people drunk is an art form, Karen is goddamn Picasso.

I interviewed Karen to get a feel for what bartending was like back before I was a glimmer in my father’s eye. For the most part the laws are different and kids won’t pull their pants up these days. When I asked Karen what drunks were like 44 years ago she told me they are about what they are like today: drunk.

People back then didn’t take shots like they do today. And before every liquor bottle in Utah had a meter or a clicker on it, the mixed drinks were a lot more personal, and honestly more of an art form. To explain this a little better Karen gave me a history lesson on the liquor laws in Utah. (Ed. Note: Since I was interviewing a bartender about booze, in a bar nonetheless, I felt it necessary to order drinks between each question. This may skew the accuracy of some things in this article, but oh well, this is SLUG, not a book report.)

Long before the DABC, when Karen started bartending it was up to the customers to bring their own bottles of booze to the bar. Nowadays such behavior is a big no no. Customers would bring their bottle in the same brown bag given to them at the liquor store, they’d bring it into the bar and hand it over to the bartender. Most bars had lockers for the regular customers to keep their spirits (the lockers also help explain the origins of bars in Utah being private clubs). This was called brown-bagging. Now a days I just think of bums when I think of that term.

You weren’t allowed to pour your own drinks; that was the bartender’s job. But the drinks could be as stiff as you wanted. The bars would make their money off of mixers and beer back then, and tipping was expected just like it is today.

One of the drawbacks to brown-bagging was that customers didn’t have much variety with their drink orders. If someone brown-bagged one bottle of whiskey, they could drink whiskey cokes and whiskey sours all night long, but if they wanted a vodka tonic later—that was illegal.

Karen told me about a time she was cocktailing about 40 years ago and some gentlemen asked to change their order up. It wasn’t Karen’s table, and back then you didn’t mess with another person’s table. So Karen said she would go get the men their cocktail waitress. When the other cocktail waitress came back with the guys order changed up, they flashed their badges and took her to jail.

There was no DABC back then, but there were still vice cops. Although a bar keeping their own liquor was illegal, many bars did so anyway so they could change up drink orders for their customers. It was basically bootlegging.

Liquor by the drink actually made it to the Utah ballot in the late 60s, but was defeated three to one. That’s about when the beurocrats decided that they needed to monitor the drunks. The problems of brown-bagging ranged from bars bootlegging to cops on the take. What was the solution? Mini-bottles—those cute little things that I’ve only seen in fancy hotel rooms.

When brown-bagging became illegal the bars didn’t mind the mini-bottles at all. They could make money off of liquor, inventory their alcohol easily and switch up drink orders for customers. On top of all that Karen told me the mini-bottles would make for a mean stiff drink. Cheap too; like a buck fifty for a stiff one? What a bargain!

The exact formation of the DABC is unclear to me and I’m way too lazy to look it up right now, I’m guessing it was probably around the same time that brown-bagging became illegal. The switch from mini-bottles to meters is a little unclear as well. Karen moved to California in the early eighties while mini-bottles were still in use. She moved back here eleven years later and everything was metered.

For those of you who don’t know what the alcohol meters are or what they do, allow me to explain. The meters are kind of like filters that go on top of the liquor bottles and only let out one ounce of liquor at a time. They keep track of liquor numerically as well so bars can keep their inventory. I’m pretty sure that the bars have to report those numbers to the DABC, but I don’t do the paperwork at the bar I work at, I just work the door.

I guess the DABC thought that the mini-bottles were too strong. But anyone who actually thinks that the DABC is capable of thinking is retarded in my opinion. One of the shitty things about meters is they allow the local government to blame alcoholism on the local taverns. Monitoring alcohol in a bar is a far cry from combating alcoholism. Any social worker could tell you that. If the DABC really gave a shit about social problems they’d spend more time fighting the actual disease and not the symptom.

When I asked Karen what system (meters vs. brown-bagging) she preferred working under she said they both have their pros and cons. The meters are ok to work with because the bar can control their clientele and their inventory a little easier, but the brown-bag days made bartending more fun. You’d get to know your customers better. When Karen owned her own bar in Bountiful, which allowed brown-bagging, more fights broke out. (Mostly because the bar was in Bountiful and she told me that most people who were drinking there thought they were cowboys when really they were dirt farmers). She’s even seen an occasional brown-bag to the head, which isn’t good for anybody.

When I asked Karen about her reaction when people complain to her about the liquor laws she said, “I don’t make them.” I think that people that complain should go drink in another state.

When I asked Karen what the stupidest thing she had ever seen a bartender do she told me, “shaking a Bloody Mary.” Karen is known for making the best goddamn Bloody Marys this side of France, although she will not tell me the secret ingredients.

At this point in the interview I was pretty drunk and forgot how my tape recorder worked. But I also wanted to know if she thought all bartenders where coke addicts with gambling problems. She doesn’t.

Karen will be leaving the bar she works at this month to go back to California. If you get a chance you should go to where she works and get her to stir you a Bloody Mary, because after she leaves they will all be shaken. Just don’t order it at last call, or you are an asshole.

I’d like to thank Karen for showing me the ropes and for getting me wasted on my nights off. From all your friends, good luck in California and come back and hang out on the other side of the bar for a change!