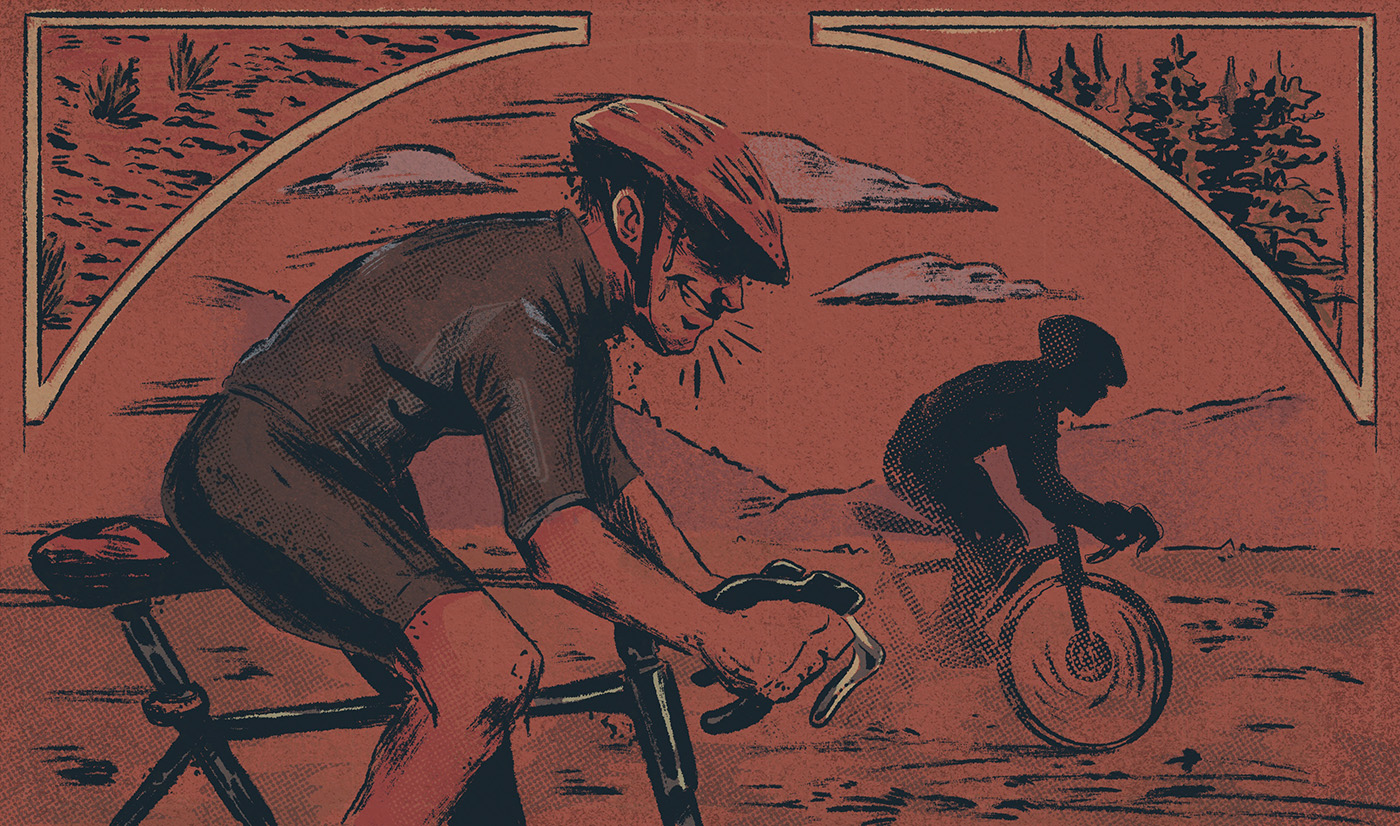 The Stupid Pony, a grueling 210-mile bicycle ride hosted by Salty & Stupid Cycling, is true to the character and history of Utah’s West Desert. This region, just west of Salt Lake City, is a natural venue for an ultra-endurance race. Open spaces here feel boundless—the mental-processing tools that we rely upon for spatial awareness in the city don’t apply. Human eyes struggle to estimate distances here accurately. Features on the horizon are obscured by suspended dust and heat ripples. Mountain ranges rise from flat-bottomed basins, and the resulting ecosystem is complex, providing for antelope and herds of wild horses. Intimidation and beauty are held in balance by this landscape—a unique offering that has long captivated human residents.

In recent history, humans have looked to this region to test their capacity for speed and willpower. In 1860, the short-lived Pony Express cut coast-to-coast postal communication down to just 10 days. Teenage mail carriers sped across these valleys on horseback, bound for San Francisco with dust clouds in their wake. In the 20th century, rocket cars zoomed over the salt flats at 386.26 mph in pursuit of the sound barrier. Today, cyclists can participate in the Stupid Pony and appreciate this celebrated setting while sweating and pedaling from Lehi to Wendover.

“At 66 years old, I wanted the physical challenge of riding my bike 200-plus miles on dirt.”

In 2015, Bobby Kennedy cycled along gravel roads from Wendover to Lehi over the course of a three-day bike-packing trip. As years passed and Kennedy remained busy working toward a PhD and parenting, longing thoughts of the rugged ride were prominent in his mind. Meanwhile, the greater cycling community was quickly warming up to the idea of long-distance rides on gravel. Before the COVID-19 pandemic prompted cancellations, “There were about 700 gravel cycling events scheduled to take place in the year 2020,” says Kennedy. The first edition of the Stupid Pony began as Kennedy shared his idea of a gravel ride that would trace the path of the Pony Express. At first, he simply hoped to find a few friends who could share the cost of the required transportation and support—but suddenly, it became clear that more people than he expected were interested in voluntarily experiencing severe chafing while riding across a rumble strip through the desert sun. “Then,” says Kennedy, “I started to see that the ride could stand on its own.”

John Hernandez, a Wendover-raised cyclist with plentiful connections in the cycling sphere, called Kennedy directly after hearing about the fledgling race through the gravel-riding grapevine. Hernandez says, “At 66 years old, I wanted the physical challenge of riding my bike 200-plus miles on dirt.” Of course, Hernandez recognizes that not everyone feels the draw of ultra-endurance challenges. “Logic doesn’t always come into play when choosing why you ride such an event.”

“I started to see that the ride could stand on its own.”

Kennedy and Hernandez soon added Jackie Baker of Bike Utah to their race-planning ranks. Baker is the host of Mid Week MTB, a summer series of rides held throughout the Wasatch. “From the start, I was hooked on the way bikes allowed me to explore places that were beyond where a reasonable hike could take you,” she says. Baker’s life is structured around her time on the bike saddle—she became the final piece in the power-trio of Stupid Pony preparation.

Seventeen riders participated in the inaugural Stupid Pony in November 2019. Of those, 10 riders crossed the finish line. During the race, it became clear that the provided technical information about the course terrain was less than accurate. Forty-seven miles from the finish, the route took a turn on to Dead Cedar Road, where racers discovered a massive hill that had not been on their radar. “There’s nearly 10 miles of uphill riding in the dark where you can’t see where you’re going to end up,” says Kennedy. Baker describes the version of herself that rode over the finish line as “a puddle.” “Really awful stuff,” confirms Kennedy—“I dig that awfulness, though.” This is the vibe of the Stupid Pony: awful yet fun, and competitive without taking itself too seriously. With pride, Kennedy says, “The Stupid Pony is a race, but it’s also accessible and informal.”

“From the start, I was hooked on the way bikes allowed me to explore places that were beyond where a reasonable hike could take you.”

Since 2019, the ride’s aspirations have compounded. “After the Stupid Pony, I told Bobby I was putting on a gravel race in Wendover the following year called the Salty Lizard 100,” Hernandez says. “He texted me: ‘How about this name for our company: Salty & Stupid Cycling?’—and I loved it.” Salty & Stupid is planning a doubleheader in 2020: The Stupid Pony will be immedietly followed by the Salty Lizard, all orbiting around a “county fair”–esque festival in Wendover.

Hernandez is glad to showcase the “rich history and gracious residents” of his hometown. Salty & Stupid is partnering with Free Bikes 4 Kidz, a nonprofit that provides bikes to those in need. Also, the 2020 event intends to be actively inclusive. “Cycling is dull and dying if it only appeals to middle-aged white guys forever,” says Kennedy, “but that doesn’t just happen. You have to reach out and say hi.” Scholarships are available for riders who need them.

The Salty & Stupid Gravel Festival will take place on Oct. 2 and 3. The Stupid Pony starts October 2 at 6:30 a.m. in Eagle Mountain and (eventually) finishes in Wendover. The Salty Lizard 100 begins the next day at 8:30 a.m.