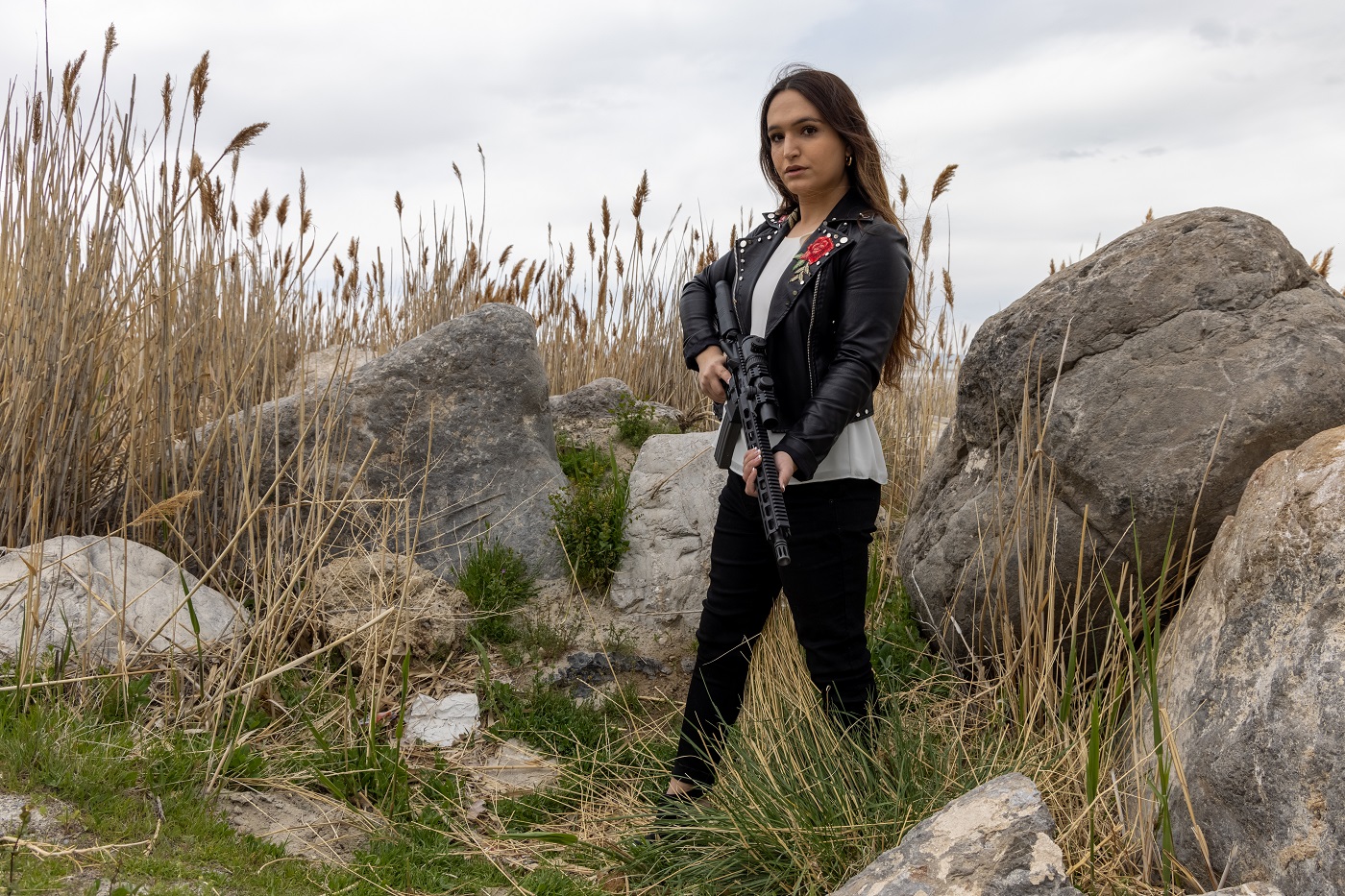 In June of 2020, Iyanna Dior, a Black transgender woman, was violently assaulted in a convenience store in Minneapolis. The video of the attack, which left her severely scarred and bruised, circulated on social media in a storm of outrage that erupted in the wake of the murders of Tony McDade, Nina Pop and so many other trans Americans. “When I watch that video, I think to myself, ‘Well, the fact is [that] pepper spray and a taser would not have been able to protect her,’” says Ermiya Fanaeian, Director and Founder of the Utah chapter for the Pink Pistols, an organization dedicated to protecting queer communities. “We have to understand that those who are opposing us put pepper spray on their breakfast. The only thing that would have been powerful enough for her to fight back against that mob would have been a firearm.”

The Salt Lake City Pink Pistols focuses on “arming, training and defending queer and trans communities here in Utah,” says Fanaeian. Several times a month, the group hosts range days with a licensed trainer, allowing folks who have never touched a firearm to learn how to protect themselves in a safe environment. In addition to in-person training, the group frequently hosts educational events through their Instagram, where they answer questions from the community. “I meet so many people who had no idea that we—as queer and trans people—ever even had the need or the want to arm ourselves,” says Fanaeian. “The fact is it’s not just the Proud Boys, it’s not just these extremist gun nuts … This tool that we call a firearm is something that is able to empower and protect [our] communities [as well].”

In 2018, Fanaeian was working as a gun-violence prevention activist with March for Our Lives, whose Utah chapter she co-founded. “Spending time in that movement, I realized that our community—the trans community especially—was experiencing this ever-growing violence against us,” says Fanaeian. “It was important for me to start focusing my work on actually preventing that violence and defending ourselves against [it].” This is precisely what led Fanaeian to start the first Utah chapter for the Pink Pistols, a national organization created over 20 years ago that now has over 45 chapters across the country.

“The firearm community is still largely against queer and trans people and they’re still largely right wing,” says Fanaeian. “I stay weary of trying to include queer and trans people in movements that never were focused on us.” Instead, she sees the work of the Pink Pistols as part of a larger initiative to reimagine the way our public safety networks are structured. By arming minority communities with firearms and self-defense strategies, Fanaeian foresees a symbiotic system of protection, one built upon the specific needs of a community. “We’re trying to move away from this world where police are roaming our communities and the only way we can protect ourselves is by calling these cops who largely are harming us,” says Fanaeian. “We can be safe and we can cultivate this communal defense for ourselves, but it has to start with decentralizing police.”

“The fact is it’s not just the Proud Boys, it’s not just these extremist gun nuts … This tool that we call a firearm is something that is able to empower and protect [our] communities [as well].”

In pursuit of this vision, the Pink Pistols are frequently involved in local issues that impact Utah’s LGBTQ+ communities. “It is not just [about] engaging with the conversation of firearms but also engaging in the politics of the working class,” says Fanaeian. Most recently, the group led a protest against Encircle—an organization that hosts safe houses for LGBTQ+ communities—which plastered the non-profit’s headquarters in Salt Lake with signs that spotlighted the housing project’s vainglory. Calling the community to action in an Instagram post, the Pink Pistols addressed their issues with the plans saying:

“Encircle has raised $4 million, with the goal to raise $8 million, from multi-millionaires and billion dollar corporations. What do they plan to do with all of this money? They are going to buy eight new performative mansions around the state while queer and trans youth are still largely homeless and without food on the streets in our state. Bourgeois LGBTQ organizations like Encircle use the suffering of queer youth as a marketing tactic to achieve their upper class white goals.”

Fanaeian speaks of the Pink Pistols with an urgent pragmatism, bringing what could appear as mere fantasies down to a street view of Salt Lake’s queer communities of tomorrow. “We will continue to focus on initiatives for working class queer and trans people, and that largely includes supporting initiatives in favor of worker’s rights, in favor of housing rights, in favor of employment and education rights and making all of that affordable for our collective wellbeing,” she says.

“We can be safe and we can cultivate this communal defense for ourselves, but it has to start with decentralizing police.”

As the public image of the Salt Lake City Pink Pistols has grown because of their activism, so has their membership. Urging people to understand the necessities of arming LGBTQ+ communities, Fanaeian encourages readers to join the Pink Pistols and engage with their mission. “Firearms are the only powerful tool that will equalize us,” she says.

The Salt Lake City Pink Pistols is open for anyone to join. You can follow them on Instagram @pinkpistolsslc to stay up to date with their future events.