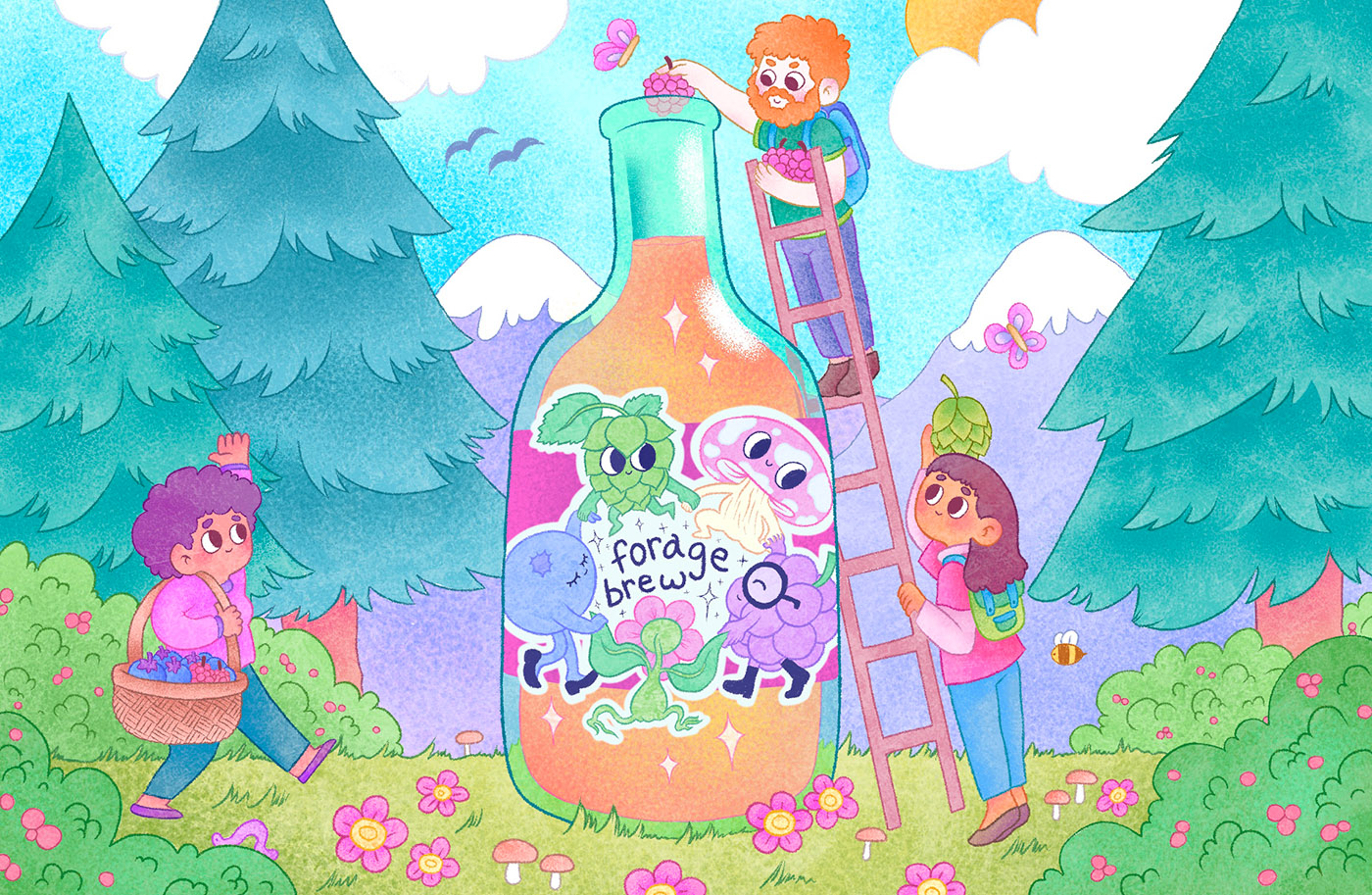 Clint Jones had been brewing beer at home for 13 years before deciding to open up the first craft microbrewery in Heber City, Heber Valley Brewing, with Greg Poirier in 2019.  Jones was inspired to make beer at home after experimenting with kombucha and working to understand the chemistry of fermentation. As an at-home brewing enthusiast, Jones encourages beer lovers to explore making beer at home with local ingredients you can grow in your backyard. Regardless of your experience with fermentation, the brewing process is an experimental nod toward the nature that surrounds Utah and the beer that can be created from it.

To begin your brewing process, look around in your kitchen and see what types of equipment are available. A siphon, a gallon jug, a grinder or rolling pin are a few of the items needed, but you can always pick up an at-home beer kit from The Beer Nut, too. Start the mixture with starches, or base malts—the catch-all term for barley or wheat that has undergone a drying process. Wheat and barley grow well in the dry Utah climate and are easy to plant at home for harvest in the spring. To prepare the base malts, take the cut plant and use a coffee grinder or rolling pin to break it open. Next, either over a fire pit or kitchen stove, heat a gallon of water to 160 degrees Fahrenheit and add the grain to water. This mashing process breaks the grain open to expose the insides. Wheat germ will also be added in this step to germinate the grain and convert the starch chains into simple sugars that the yeast (added later) can then eat.

“Regardless of your experience with fermentation, the brewing process is an experimental nod toward the nature that surrounds Utah and the beer that can be created from it.”

From your pantry, grab either agave, local honey or table sugar and add it to the liquid that has been strained from the mashing process. The next step in the brewing process is where the unique flavor comes through. Adding black tea leaves, coriander and bay leaves creates a hop-like effect on the outcome of the beer. The oils from these plants are extracted during fermentation and emit a citrusy flavor. Genuine hops can be added, too, which are “… the ‘spice’ for beer,” Jones says. If  hops are added at the beginning of the boil, the beer will be more bitter, but “if they are added later, the flavor and aroma compounds will be more hop-forward,” Jones says.

Hops are typically drought-resistant and Jones encourages locals to plant them in their backyards. He has been growing hops for at-home beer making since he moved to Heber City and planted 30 more chinook rhizomes this season. The chinook hop in particular is a coveted hop among beer lovers, as it adds a piney and grapefruit-like character. Jones and the staff at Heber Valley Brewing also harvest wild hops along the Provo River annually. “I appreciate cultivating directly from the Wasatch back itself … It’s such a cool plant that really anyone could grow and harvest from,” Jones says.

“I appreciate cultivating directly from the Wasatch back itself … It’s such a cool plant that really anyone could grow and harvest from.”

In addition to hops, at-home brewers can puree fruit to add another flavor dimension to the brew. Jones typically gets inspiration for the beer from the local fruit stand he passes on the way to the brewery. Last year, he passed the Heber City fruit stand which was carrying fresh pears. He roasted and pureed the pears and added Belgian yeast to create a Belgian pear brew. Jones suggests adding anything that is in season to create the most flavorful result. Just like the hops, the fruit puree can be added at different points in the brewing process depending on the desired outcome.

The last step before leaving the mixture to ferment for at least two weeks is to add yeast. There are over 100 different kinds of yeast that can be added, and the most common can be found in stores. (You can even use baker’s yeast!) The three main types of yeasts are ale, lager and Belgian. Ale yeasts are needed to make ales, stouts, porters, Kölsch or wheat beers in general. The second type, lager, is used to make pilsners, bocks and dortmunders. Once the yeast is added, it will eat all the sugar molecules and turn them into alcohol. Add the nearly-there mixture to a sanitized bottle, cover and store for two weeks before trying your first backyard-brewed beer.

Throughout his at-home beer making process, Jones has tinkered with all the variables involved. Starting out as a home-brewer allowed for creativity and “understanding the ‘why’ behind a good or bad batch,” he says. He looks to the Utah seasons and landscape for inspiration and encourages first-time brewers to do the same—to look in your backyard, in the valleys, or to local farms for ingredients that create your own backyard brew.