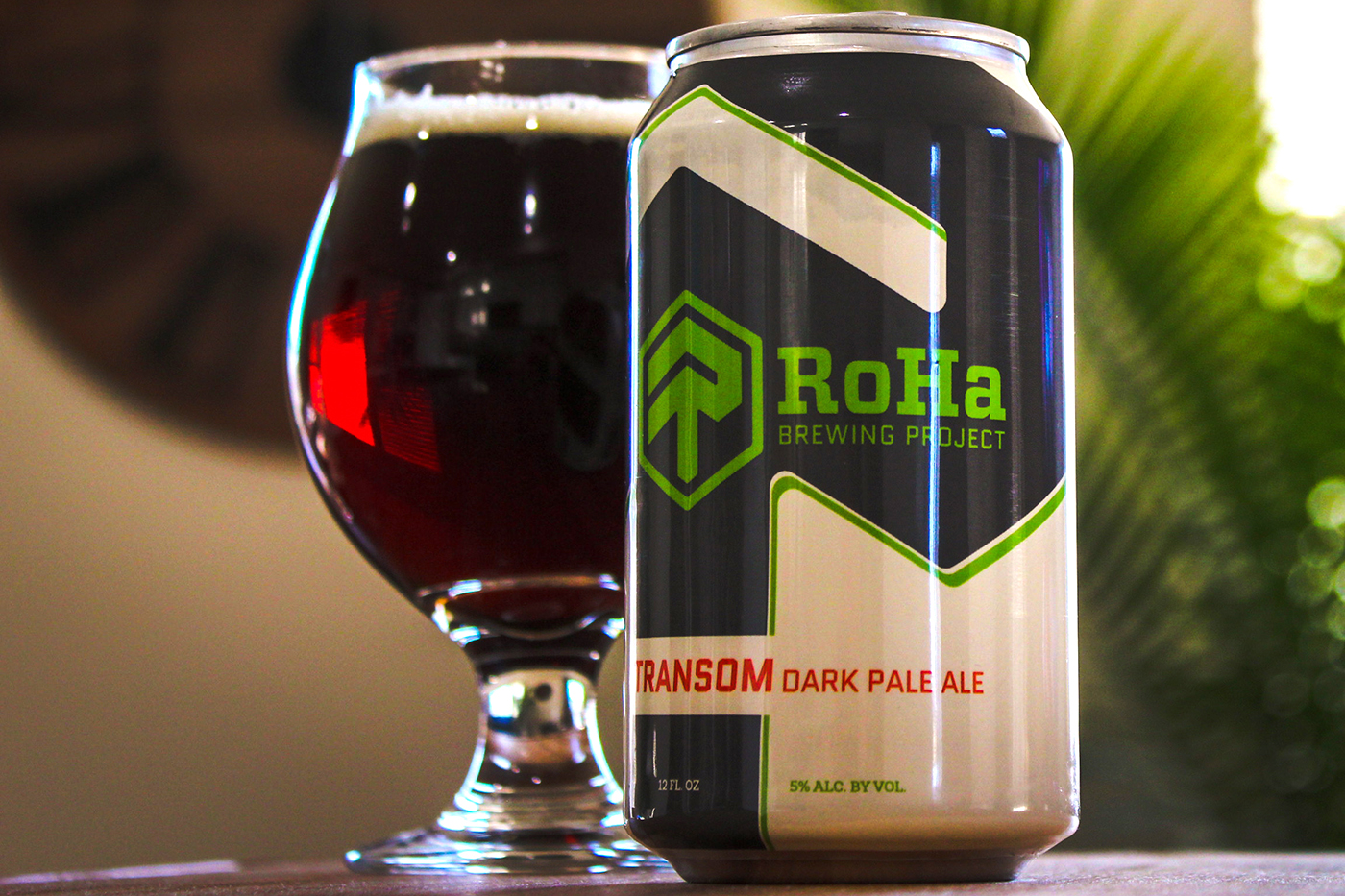 What has the brew crew down on Kensington Avenue been up to these days? We are happy to say they have been busy brewing up the latest batch of an old favorite that has not been seen since last April. Nope, this is not an early fool’s joke. RoHa Brewing Project has re-released Transom Dark Pale Ale to our giddiness and delight. This beer is a limited run and will likely not make it to the end of April, but if you get a chance to grab some, we encourage you to seek it out.

As the brewery pointed out amid their original 2020 release, “Dark pale ales are not very common.” Dark ales, however, seem to juke our present-day beer expectations. Where we expect IPAs and pale ales to have a certain level of bitterness and sappy pine flavor, Transom will keep the palate interested with all the citrus you crave in your hoppy ale. It’s also a good example of how dark pale ales prove that darker beers aren’t only for the colder months.

Grabbing a four-pack of Transom 12-ounce cans from the brewery the day it was released was the name of the game this time. Cracking a can open and dispensing it into a tulip-stem glass, it looks as expected from the name. A dark, cherry wood–colored liquid pours out, turning a lighter reddish-brown when held up to the light. For a darker beer, you can almost see through it when illuminated. A sticky lacing coats the glass then runs back into the fluid. An off-white head of foam emerges but quickly dissipates and sticks around the rim. There’s a nice scent of malty caramel and hints of orange. This medium- to light-bodied brew has flavors of sweet citrus and a combination of toasted toffee and pine. A slight taste of resinous pine is followed by a roasted malt to finish it off.

Don’t be fooled by the darker color; it’s a refreshing beverage that seems to be built for the transition between seasons. For this reason, it could be a perfect change-up for a dark-lager lover as well as a modern IPA drinker. RoHa Brewing Project has done a good job keeping things attention-grabbing with this beer.

RoHa Brewing Project is located at 30 E. Kensington Ave. in Salt Lake City. The brewery was founded by Rob Phillips and Chris Haas (who, you may notice, are the respective “Ro” and the “Ha” in the partnership). Together they bring decades of business and brewing experience with a team approach to owning a brewery. Specializing in brewing all different styles and flavors, RoHa ensures the satisfaction of eager patrons visiting the taproom.

You may have to hustle into the brewery if you want a shot at trying Transom Dark Pale Ale, but if you happen to miss it, don’t worry. RoHa has plenty of other beers available to try. Some of our other recommendations in regular rotation are the Thursday IPA, Kensington Grand Saison and one of our personal favorites from the brewery, the knock-you-out Nights Out Belgian Style Stout. (Be careful with that last one: It has a tendency to sneak up on you when you’re not looking.)

Thanks, RoHa, for keeping us thirsty beer lovers loaded up with frothy goodness. Cheers!