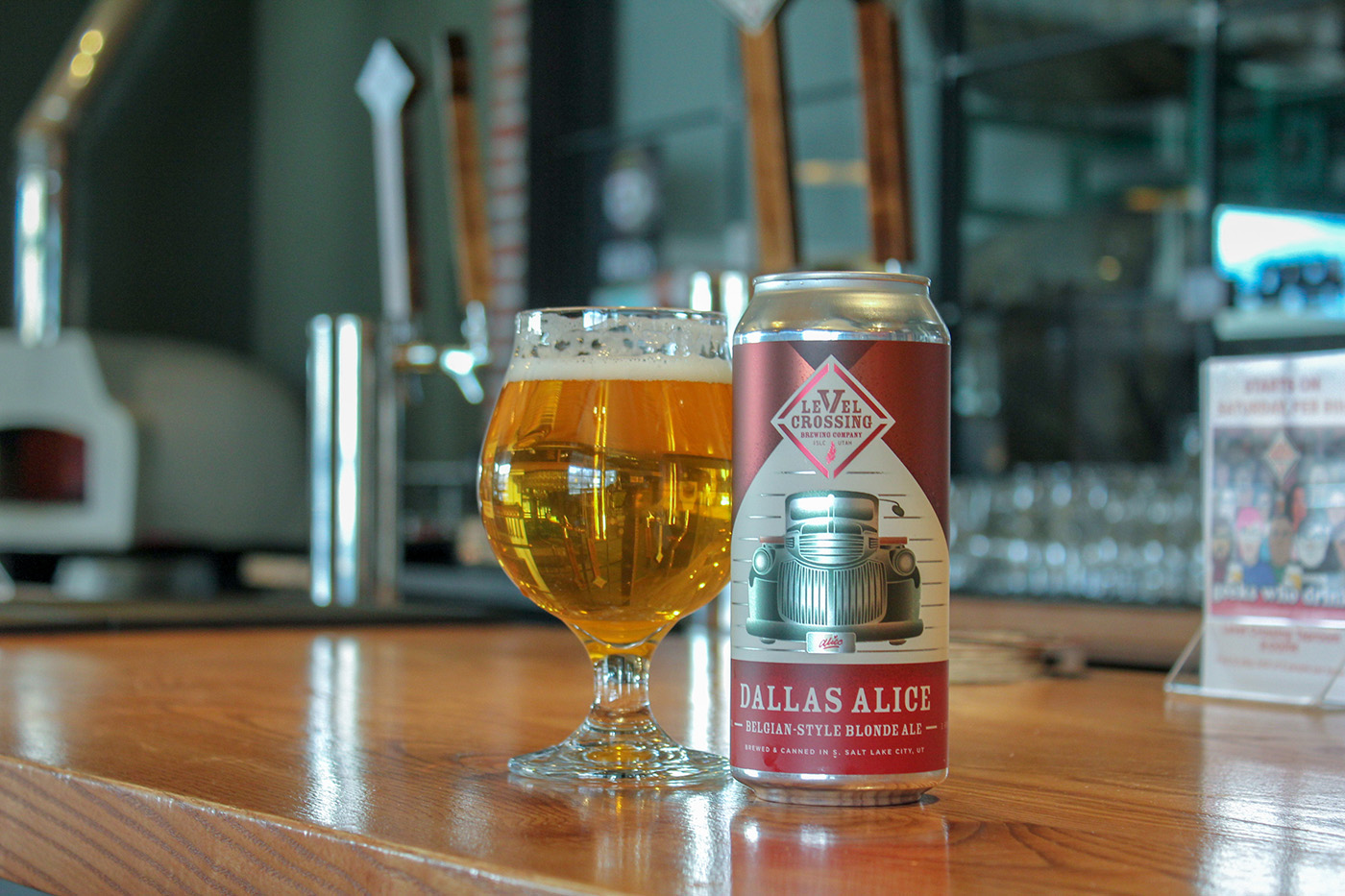 Beer of the Month: Dallas Alice

Who would have thought Level Crossing Brewing Company founder Mark Medura has a bit of nostalgic romanticism in him? If you have the chance to speak with him about anything from whiskey to music and everything in between, it’s clear that he has a passion for the things that interest him. And this month’s beer, Dallas Alice, showcases this fact well. The Belgian-style blonde ale is named after a farm truck, which is itself named after a focal character in a Little Feat song, “Willin’.” When we heard about this tidbit, it was time to revisit the classic American rock band, who was most prominent during the ’70s. In the song, Alice is clearly on the mind of a truck driver: “I’d seen my pretty Alice in every head light / Alice, Dallas Alice.”

Medura found his Alice in a field and instantly knew the 1946 Chevy farm truck would be great repurposed as a concert stage. Now showcased as a key piece in Level Crossing’s taproom, this truck hosts musicians on a regular basis. The idea to name a beer after the truck that’s named after a character in a song from a band he loved had been there from the beginning. It was just a matter of time before Medura and his Head Brewer, Chris Detrick, would put thought to action to make Dallas Alice, one of Level Crossing’s recent year-round editions.

“Click.” Snapping off a tall 16-ounce can from the four-pack holder is an excitingly familiar sound for a beer lover. Our can of Dallas Alice has a nice film of cold condensation coating the label. Droplets of water drizzled down the artwork, honoring the beer’s namesake truck. We pour the cold brew into a proper tulip glass and see that the beer is not as carbonated as most traditional Belgian/Belgian-style brews. The crystal-clear, bright-golden liquid forms a slightly thin head of white foam made from bubbles gravitating to the sides of the glass. On the nose, we pick up clean banana esters with semi-sweet bread. Deliciously cold, this beverage is delivered with a velvety-smooth mouthfeel, leaning well on the side of heavy cream in a world of skim milk. It’s not to say that the beer is heavy—as that’s quite the opposite of the truth—but that it’s rich and fulfilling. This Belgian-style blonde ale is a beer with big flavors. At 6.2% ABV, this is the ultimate springtime refresher.

Level Crossing Brewing Company is in an up-and-coming location that has plenty of planned growth. This growth should allow the brewery to continue to grow and expand as the foot traffic increases. Level Crossing has already exceeded initial expectations, and expansion is on the horizon as the demand for the beer continues to beat the forecast. Medura and Detrick are a solid combo in the craft beer world. From day one, the location has been beautiful and the beer tasty. In the upcoming months, the brewery expects to release several special, small-batch brews and, eventually, some barrel-aged products for patrons. Once again referencing Little Feat, “And you show me a sign / I’ll be willin’ to be movin’.”