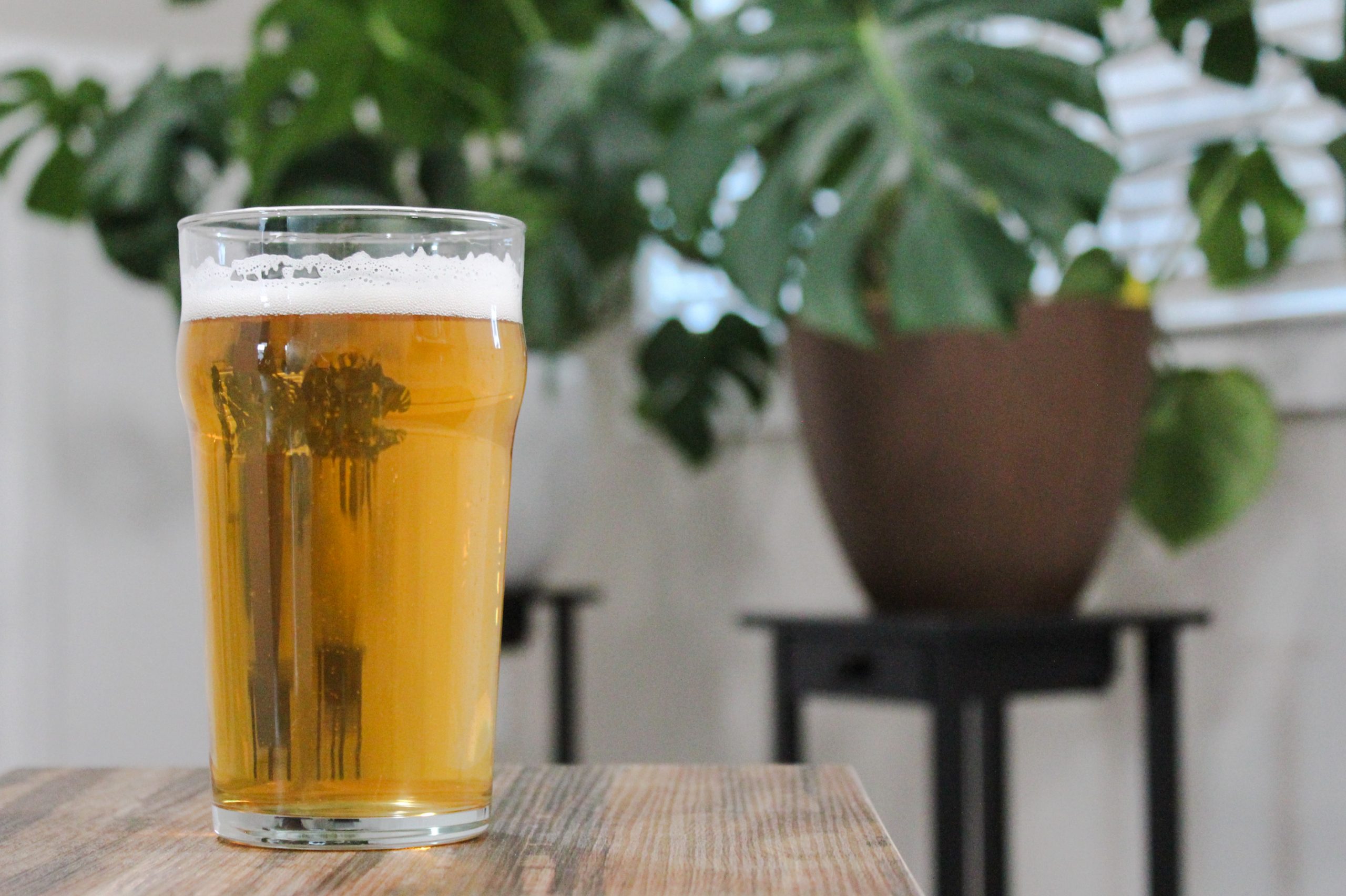 Beer of the Month: This is the Pilsener

By Chris and Sylvia Hollands
February 4, 2021

Beer Name: This is the Pilsener
Brewery: Hoppers Grill and Brewing Co.

Walking into Hoppers Grill and Brewing Co., you’re immediately greeted with a wall of medals honoring the good work this long-standing Utah brewing establishment has earned in its many years of business. You will notice that one of the first of those awards is for their popular regular brew, a pilsener appropriately titled, “This is the Pilsener.” As this award was achieved in 2007, you can still clearly see the top-level lineage this beverage carries—and has carried—for over a decade-and-a-half. In a business dominated by fast and trendy brew styles such as Hazy IPAs and Pastry Stouts, it’s always refreshing to see a solid lager on the menu. More and more, we find ourselves gravitating toward these simple and delightful brews. Pils is a go-to style in our household and has been for years now. When you don’t want to overthink what’s going on with a beer and, well, just have a damn beer, we encourage you to do a little throwback and get refreshed.

We picked up a growler from the brewpub and got it filled with this month’s beer. It’s so nice to have fresh, cold beer ready for consumption. As we got home, we poured the beer into a nonic pint glass with a little bit of vigor to activate the carbonation and see what was going on. The beer pours a clear, pastel yellow. A head forms from a billowy, clean white foam, which may have been accentuated by the aggressive pour. On the nose, we pick up faint notes of honey and light melon. This pils delivers a medium mouthfeel with low levels of carbonation. The flavor is clean, with hints of sweet bread and wheat alongside floral notes. The beer finishes with a sweetness from the German malts and minimal, enjoyable Noble-hop bitterness. This is the Pilsener is a beer well suited for all occasions and is good to sit right next to many of our other favorites in this style in our fridge.

Hoppers Grill and Brewing Co. has been an important component of the Utah brew scene since 1996, when the brewpub became the first of its kind in the south end of the Salt Lake Valley. We can recall visiting this fine establishment numerous times over the years when we wanted to grab a tasty bite and enjoy a nice drink or two with some friends. This is the Pilsener is the most awarded of all of Hoppers offerings, having won awards at several different, important beer events, including the Great American Beer Festival and the International Beer Awards. The awards came early, but some of them have come as recently as 2019, which says a lot about the staying power of a fine beer.

As we picked up the pils, we also grabbed a second beer called Drifter, another lagered brew. And just like the pils, it’s also a fine beer. When you head to pick up some 2 Row Hazy IPAs and some Bohemian lagers, make sure you keep on truckin’ just a little farther and snag some beer and a bite from Hoppers. It’s always worth revisiting and reminds us to stop taking the simple things for granted because—let’s be honest—a good pils is not really as simple as it tastes.