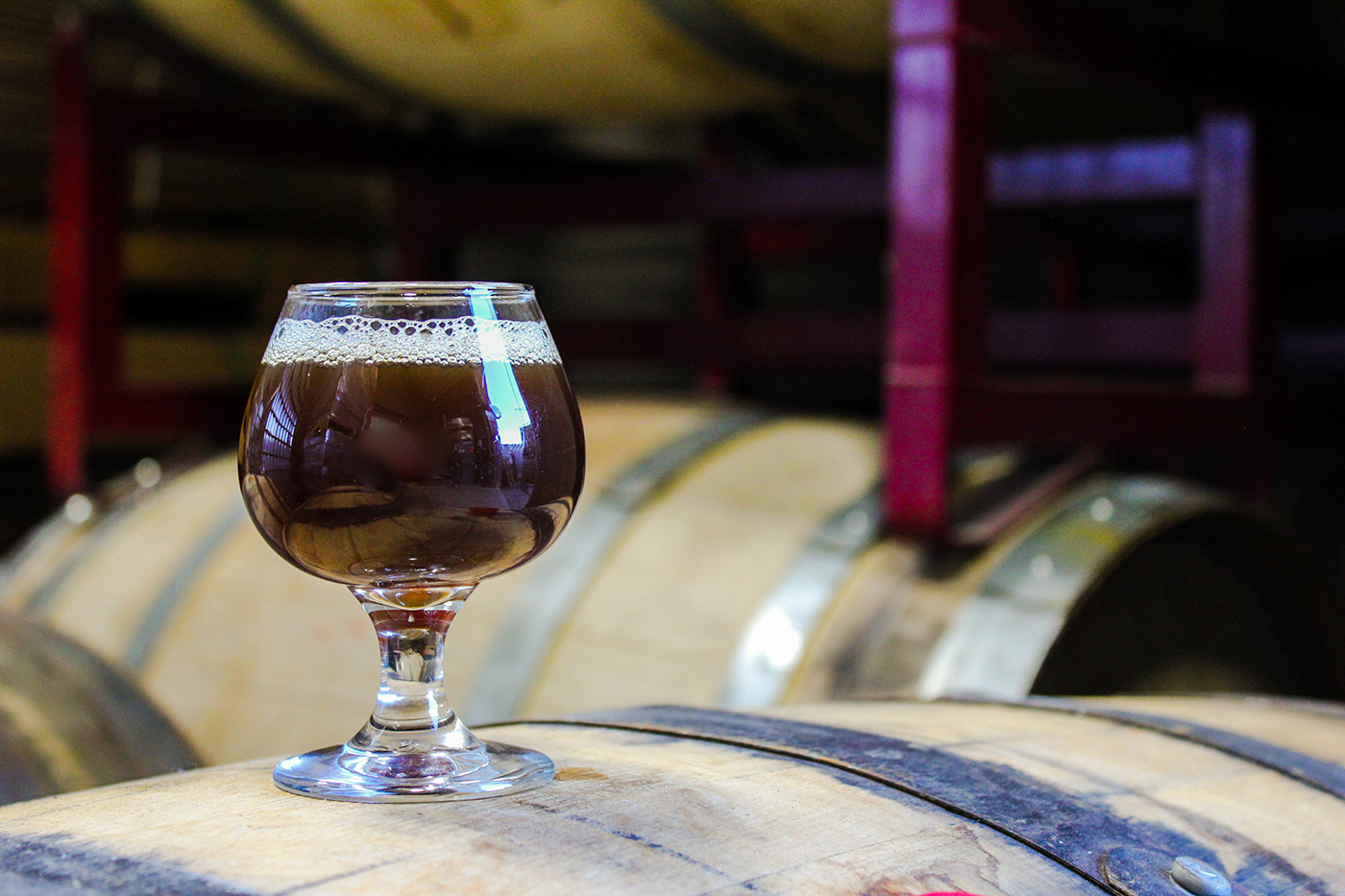 Beer of the Month: Carcosa

By Chris and Sylvia Hollands
January 7, 2021

At the tail end of the exhilaration that Proper Brewing Co. was feeling after winning a gold medal for Proper Beer in 2020’s Great American Beer Festival, further compelling news came to light: Head Brewer Jack Kern and Head of Cellars Jeff Bunk cued us in about their newly formed barrel program. One of Proper’s newest headliners, Carcosa, is on the horizon, and we were invited to slip under the ropes for an advanced tasting. Carcosa is a pinot noir–barrel-aged version of Proper’s Gruit beer. Using a Belgian dubbel as the base and adding some beer magic, Gruit has turned into a completely different beast, leaving only hints of its former self. (Disclosure: Carcosa was not fully developed, out of the barrels or carbonated at the time we wrote this. However, with the help of the creators, we gleaned the vision of what they are trying to accomplish.)

Carcosa was served to us in a snifter from a pitcher containing a blend between several barrels. This liquid gold was aged in pinot noir barrels for 11–14 months, so it was important to find the right mix to best demonstrate Bunk’s vision. The beverage poured a murky, dark brown but appeared to lighten up around the edges, only retaining the darkness in its core. Because the beer has yet to be fully carbonated, we are only getting a glimpse of the flavor.

“I want this to drink more like a wine, so we are going to keep it a relatively lower carb so it’s not as poppy on the tongue,” says Bunk. “We want it to remain creamy with herbaceous notes to finish, so it leaves your palate and is not lingering.”

Our first whiff pleasantly greeted us with tart cherry, raisin and date aromas and a delicate, woody finish. The tart comes from Kern honing in on one of his older, homebrewed sour bacterials and introducing it to the batch. We expected the beer to be very tart, but at this point in its journey, it had a nice surprise for us: The tart flavor was subtle and proved to enhance flavors of plum, sour cherry, vanilla, pinot noir tannins and tender oak. Kern says, “The blend isn’t to make it a full-on sour; it’s to utilize complexities of the current flavors.” When fully developed, we could believe the level of tartness will increase, with the robust flavors taking a stronger hold.

Once Proper releases it, Carcosa is a beer you should pick up a couple of to taste its development at different times in its life cycle. Both brewers agreed that if you hold onto it for another year, it could be pretty tart and cool. As the beer is carbonated and bottled, it will continue to develop based on the yeast from Kern’s private stash. We anticipate trying it when it’s freshly released to see how much it has morphed from the sample. And of course, we will keep one to enjoy later, after it evolves in its own glass incubator.

Proper Brewing Co. is coming off a string of barrel-aged hits, and Kern and Bunk are focused on a bevy of releases continuing through 2021. Scheduled upcoming releases include Libre, a Mexican lager in Reposado barrels; Lei Effect in rum barrels; and Rogan, a rye lager from pinot barrels.

In all, it’s nice to see that Proper is still killing it on the production side, pumping out award-winning beer and getting the opportunity to show some personality and satiate the need to be creative. Thank you, Jack and Jeff, for helping to keep Utah beer interesting and delicious.