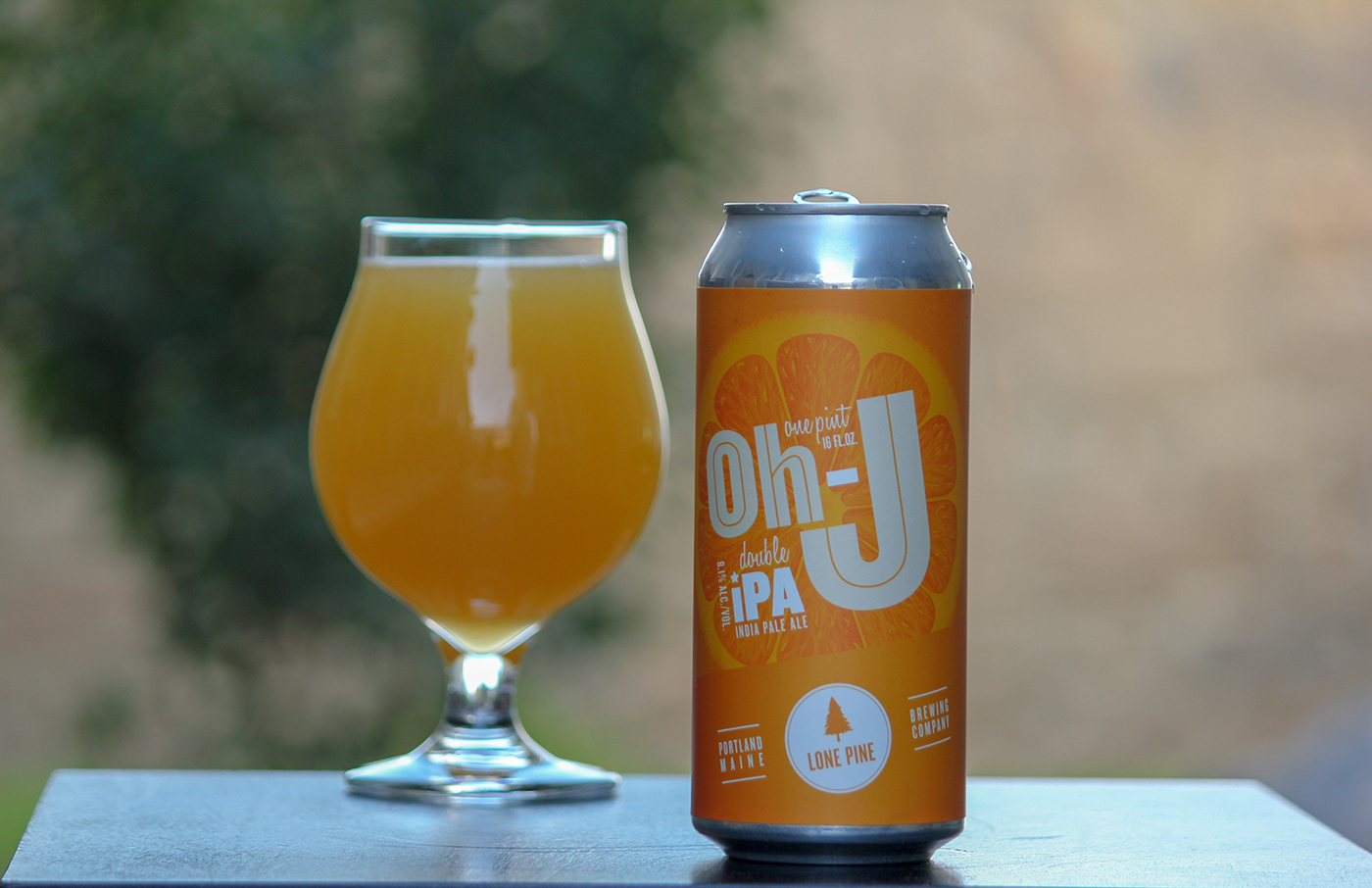 Beer of the Month: Oh-J

By Chris and Sylvia Hollands
November 5, 2020

Lone Pine Brewing Company comes to Salt Lake City straight out of Portland; Portland, Maine, that is—not Portland, Oregon. Though Utah has seen its fair share of new beer coming to the valley, it’s worth noting when an up-and-comer slips into the state, as if aided by a Trojan horse. You see, Lone Pine Brewing is on a hot streak that includes several awards, culminating with a bronze medal in the Hazy Imperial IPA category at last year’s Great American Beer Festival. This has recently become one of the toughest categories to win in, not only for quality but because of the quantity of competition. When asked why Lone Pine ventured so far out west, Co-founder John Paul filled us in: “Utah is a really unique market with an emphasis on an active, outdoor lifestyle that we thought was similar to Maine, admittedly with different weather and topography,” he says.

Indeed, this East Coast brewery, specializing in several beer styles, came in quietly. Once they got inside the gates, the party started. LPB’s arrival includes several of their most popular beers and plenty of hoppy ones. One such beer is the Double IPA with the apt moniker Oh-J, which seems to lay down a clear roadmap for what you are going to get. As a consensus, they do as good as anyone in the nation, as indicated in their performance at GABF. Now, we get lucky enough to have a go at Oh-J.

This American DIPA comes in brightly labeled, pint-sized cans. To consume, we decided to use our favored tulip-stem glasses. The liquid fits exactly right because, when poured correctly, it leaves a nice bit of head to serve your first sip, then allows room to be topped off. Oh-J pours into the glass like a classic New England IPA, which is murky and unfiltered. It’s the color of apricot with a natural haze and a fluffy, white head. It’s hard to believe that this unfiltered look was once considered undesirable. Nowadays, this beer may be considered not hazy enough, as this wouldn’t be deemed a haze bomb. The aroma is super fragrant, and Lone Pine is not shy about what they set out to do with this beer; it’s an obvious ode to citrus juice and fruity hops, almost like a citrus salad. The first taste is sharp and fresh with flavors of orange and lemon zest. Finishing this beer showcases nice flavor with a clean edge and a moderately piney bitterness. At 8.1%, it’s certainly a heavier beer, but with the drinkability of a brew that has much less knockout power.

Lone Pine Brewing Company continues to see steady growth. “Lone Pine was founded in 2016 as a small-barrel brewhouse/taproom,” says Paul. “We later opened a second production facility in Gorham, Maine, in 2019.” It feels like we are fortunate to get distribution of this relatively new company’s stuff, so we asked what brought Lone Pine to the Utah market. “We have some industry relationships in Utah and we were told receptivity to our beer would be pretty good,” Paul says.

Along with traditional, session and New England IPAs, there are several different sour beers. Among these sours is their rotating fruited Sparkler Series, including delicious blueberry and raspberry versions. We welcome Lone Pine Brewing Company and Oh-J to Utah and are thankful for them bringing quality beverages along.