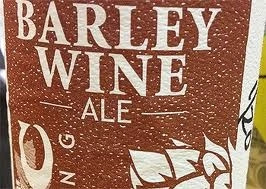 The month of March is here, and we have already seen too many new labels from our local brewers to keep track of. With all the expansion I see going on here, I really worry most about the brewers. Goddamn, I hope they are finding some time to drink. Raise your glass and enjoy the lineup. We have an Epic Barley Wine, a Golden Ale from Red Rock and an oaked brew from the boys of Bohemian.

Description: This bomber pours a clear ruby/brown color with a small off-white head. The aroma features flavors of American hops, little bits of wood and a light fruit character. The flavor is hop forward, with notes of barreled whiskey coming through, meshed all together with a malty sweetness.

Overview: I figured it was only a matter of time before the “strong” ale folks over at Epic were going to put out a barley wine. With this one, they decided to do some oak aging to a portion of the batch to give it a subtle whiskey character and a deeper flavor complexity. The aggressive hop character seems perfect for an American barley wine style, so I have had no problem digging in early. However, I would not mind seeing this in cellar for a year to see what it does.

Description: This strong “blonde” ale pours a brilliant dark gold color with almost perfect clarity and a tight head of white foam from the relatively high carbonation. Light, bready aromas greet the nose and are followed up in the flavor, which adds some nearly toasty, cereal malt character. A sharp mouth feel and some alcohol warmth round out the body, while hops make themselves known more in the bitterness than aroma or flavor, but the spicy notes from the Czech varieties used are slightly detectable. The yeast’s role here is soft, providing small amounts of sweet, fruity ester quality, but mostly keeping it pretty clean. A dry astringency in the finish leaves the mouth refreshed, but thirsty for the next sip.

Overview: Despite featuring a priest on the bottle artwork and being an 8% blonde ale, this beer owes more to American-style brewing than the traditional Belgian ales whose stats might be similar. You can tell this is an all-malt beer from its rich, wonderful tawny color and the thick lacing left behind on your glass from its head. The quality of the craftsmanship and ingredients is evident. I like to let my bottle sit out for a bit before opening and pouring as this beer seems to open up a lot after it warms up some—a hallmark of a good ale. Remarkably drinkable for its strength, this is one you could drink now or cellar away for the future and be happy with both results. –Rio Connelly

Oaky and the Bandit

Description: This small-batch release from the Bohemian pours a dark brown/black with slight garnet hints on the edge of the glass where light can penetrate its deep color and excellent clarity. The tight, small bubbles of the tan foam on the head really make this a perfect looking beer in a pint glass. An oak-aged version of their popular Cherny Bock, Oaky is like an evil clone: basically similar but with a few key differences. The aroma has a lot more rich milk chocolate with hints of wood and dry soot. The flavor is less dry and sooty on the palate than our recently canned friend, and far more soft and subtle. The excellence of the malt really shines through. The wood aging lends mild hints of vanilla and oak richness and at 4.0%, this beer’s smoothness makes it even more drinkable than Cherny!

Overview: This is the first (and hopefully not the last) bottled release from the boys down in Midvale, as well as their first wood-aged beer—another in the increasingly popular local trend of aging pretty much anything on oak. The bottle sports a sexy, Burt-Reynolds-flick-inspired label and is numbered in a batch of only 400! Having aged for over a year on medium-toasted oak, the oak flavors are subtle due to the low gravity of the beer, but present nonetheless. The wood gives my favorite local dark lager a level of refinement and sophistication that’s contrasted by how much of it I want to drink. Seriously, I could pound about six of these bombers and be all blissed out on dark malts and lager yeast. My advice is to pick up some of this extremely limited release as fast as possible, and in so doing, encourage Bobby Jackson and his team to brew more. –Rio Connelly