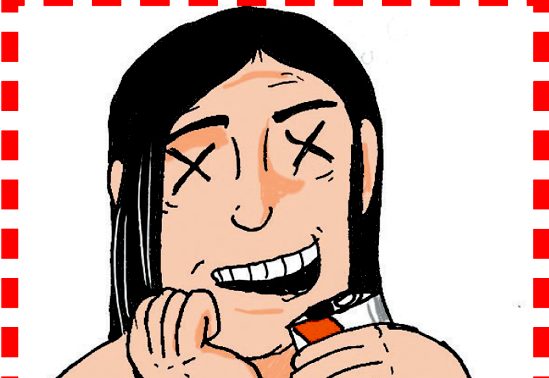 Not all beer is created equal. There are delicious craft brews that are sipped on slowly, paired with food and savored for their complex tastes. Then there is cheap beer––the shit that gets guzzled, pounded, beer bonged or shot-gunned. The flavor doesn’t matter, and neither does the temperature. What does matter is that it will get you drunk. To celebrate cheap beer drinkers everywhere, SLUG Magazine has profiled five of our fave cheap beers and the folks that drink them. SLUG: Why do you like PBR more than other cheap beers?

Crash: Cause it’s prettier and it doesn’t taste like shit.

SLUG: When is the best time to drink Pabst?

Crash: When isn’t the best time to drink Pabst?

SLUG: When is the worst time to drink Pabst?

Crash: When you are bloody, lying in the gutter.

SLUG: Do you know anyone who rocks a PBR tattoo?

Crash: Fuck yeah, AND they are neck tattoos––you know who you are, ladies.

SLUG: What are some of your best memories of drinking PBR?

Crash: Ironically enough, the ones that I don’t remember. Natty Light: Reid Rouse of God’s Revolver and his cohorts

SLUG: How would you describe the taste of Natty Light?

Rouse: Faintly aluminumy, can-like. Cans (and air) have more flavor than this beer. The beer exhibits an aroma of nothing whatsoever with notes of dirty clouds and holds a head for about half of a second. It’s like one lemon drop and a cup of viper urine dissolved in a cubic yard of flat Big-K soda water.

SLUG: What is your favorite way to drink a Natty Light?

Rouse: It is a natt-cessity to shotgun the hell out of Natty’s. This helps combat pissing the near-buzz away––as soon as you put one in you, another entire can falls out of your dick. It doesn’t ever get you drunk enough to talk proper shit on it.

SLUG: What do you think about the Natty Light culture?

Rouse: It’s hard to want to pay any attention to this stuff. You feel like you’re encouraging it somehow, like looking at Juggalos on the train. The brand stands out in shit-beerlandia by constantly making itself look like a huge fratty douchebag and tasting like an actual douche.

SLUG: Would you recommend Natty to a friend?

Rouse: Never buy this. Buy water and throw up in it. SLUG: When did you start drinking Olympia?

Packard: When I woke up this morning.

SLUG: Have you ever drank Olympia to get rid of a hangover?

Packard: I’ve woken up in the band room, and there was a half an Olympia, and I drank it. But I don’t think it was to get rid of a hangover. I drink too much to get hangovers.

SLUG: What is the determining factor of what cheap beer you choose to drink?

Packard: Location is key. When you’re out east, you drink Yuengling, which is America’s oldest brewery. When you’re in Canada, you drink Kokanee. In Seattle, you drink Rainier. If you’re anywhere that has Pabst, you drink Pabst. Sometimes at the Albertsons near my house, the Pabst is warm, so you get the Olympia because it’s cold. A lot of times when my friend Tony’s dad goes to New Mexico, he brings Schlitz. Schlitz isn’t bad. It’s alright. What’s funny is that Olympia is kind of like a last resort. Fuck, I’ll drink anything.

SLUG: Would you like to give any advice to the cheap beer drinkers of the world?

Packard: Always drink cheap beer. If you think Budweiser is cheap, then you’re a construction worker (I omitted the bit about being Mexican, okay?). SLUG: Why do you drink Keystone?

SLUG: When did you start drinking Keystone?

Elf: As soon as I was old enough to have my own money and someone could buy it for me.

SLUG: Can you taste the difference between Keystone and Keystone Light?

Elf: Not really. I guess you could if you tried hard enough, but I don’t, really. I buy whatever is cheapest.

SLUG: When is the best time to drink Keystone?

Elf: When I’m at home in the Keystone state, Pennsylvania.

SLUG: Know anyone with a Keystone tattoo?

Elf: In Pennsylvania, I do know people with Keystone tattoos. Probably four or five. It’s the same shit, not because they think the beer is the best, but just because it is what it is.

SLUG: How does Keystone pair with hot wings?

Elf: That’s the dinner of champions back in Pennsylvania. SLUG: Do you prefer to drink Busch or Busch Light?

Charlier: I guess I prefer the full flavor over Busch Light, and either over the non-alcoholic Busch.

SLUG: How many bad lesbian jokes have you heard since you’ve been drinking Busch?

Charlier: None. I’ve been telling quite a few myself, but everyone else just wonders why I am drinking it in the first place.

SLUG: What is the best time to drink Busch?

Charlier: When you’re alone, because you don’t want anyone to know.

SLUG: How would you describe the taste of Busch beer?

Charlier: Highly bitter and sort of soapy, with a rounding aftertaste that doesn’t go away.

SLUG: How does it pair with pizza?

Charlier: I don’t know, but it pairs with Cheeto puffs really well, actually.

SLUG: Would you take it over sex?

Charlier: I would take anything over another Busch beer.