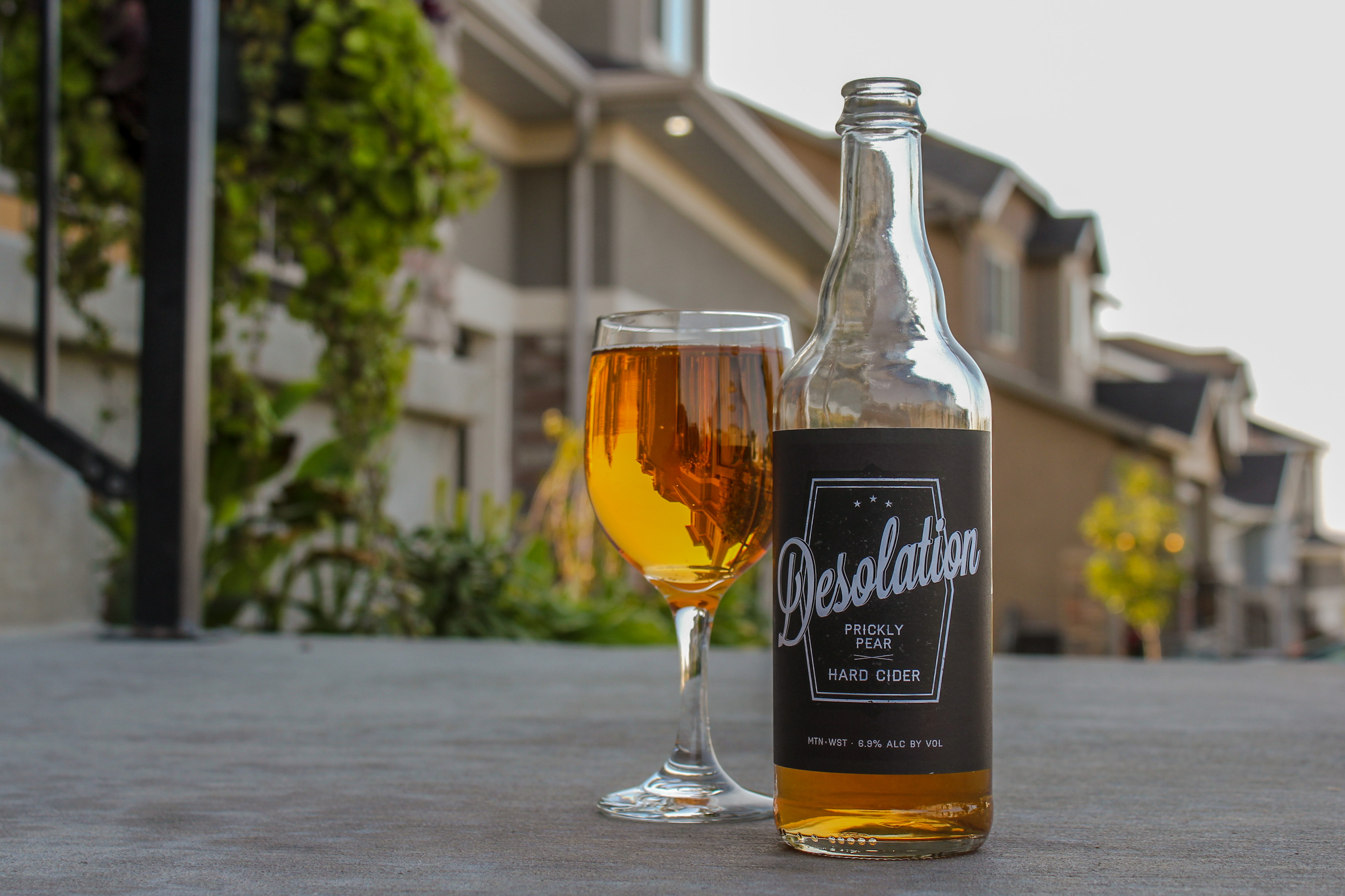 By Chris and Sylvia Hollands
October 1, 2020

A cider replacing the usual “Beer of the Month”—how did we get here? Let us explain the not-so-desolate journey we traveled on a rainy and slightly chilly day in May 2018—we can still remember the setting and the stage. First, the setting: We attended SLUG Mag’s Brewstillery, a festival aiming to showcase the best of the best all-local beer and spirits. We were asked to judge the “Best New Brew” category, something we were extremely excited to take on. After a long (and certainly not bad) afternoon of sampling all the best beers our local breweries had to offer, we sat together to mull over the highly qualified participants. And after careful debate, we made our choice. Second, the stage. Here we are, on the Gallivan Center stage alongside our fellow judges and other staff from SLUG. After a few nervous words in the mic, we utter the not-exact quote, “A cider has won the beer festival!” That’s right: Mountain West Cider had entered a truly tasty new cider called Garden Party. They succeeded in walking away with the first ever “Best New Brew” award from Brewstillery.

As this month is the Beer & Spirits issue, we thought it would be fun to revisit Mountain West Cider. We convinced the SLUG crew to relabel this month’s column to “Cider of the Month” as an homage to the former champions.

Mountain West ciders are distributed in 500-mL bottles, with some in cans. Desolation Prickly Pear Hard Cider is currently only offered in the bottle and is one of five year-round offerings they have going. This cider, named after Utah’s Desolation Canyon on the Green River, packs a bevy of pleasant surprises. Pouring the liquid into a wine glass allows us to appreciate the fragrances and utmost clarity. Immediately, a fruity aroma fills the nearby air. A crystal-clear, amber/rose-gold beverage pours into the goblet. This treat develops a bright, white and bubbly head that visibly and quickly retreats into the beverage. Desolation continues to emit scents of juicy fruits like apple and pear. Hints of ripe melon and light citrus finish things off. It’s clear that the only rugged part of this teddy bear of a drink is the name and its lineage. The alcohol content is a nice 6.9%, which almost vaporizes just before the liquid touches the tongue. Beginning with a crisp bite, the flavors build slowly with each following sip. All of this pumps down the gullet with a sharp, clean and balanced mouthfeel. Desolation is a super-delightful alternative to a fruity beer, seltzer or fruity wine.

Mountain West Cider is located at 417 N. 400 West, SLC. It’s a nice little location where you can find their popular outside gathering area known as The Garten. They have launched themselves as a standout establishment for Utah ciders. Any local or outsider can easily see how MWC focuses on supporting local coalitions, building strong communities and sharing a good drink with good friends. Desolation is a prime example, as every purchase supports the Southern Utah Wilderness Alliance.

Even though ciders have not always having been a go-to beverage for us, it’s the passion and dedication of a few mavericks who are willing to do things a little differently than everyone else that’s swayed our thoughts and got us to jump onboard.