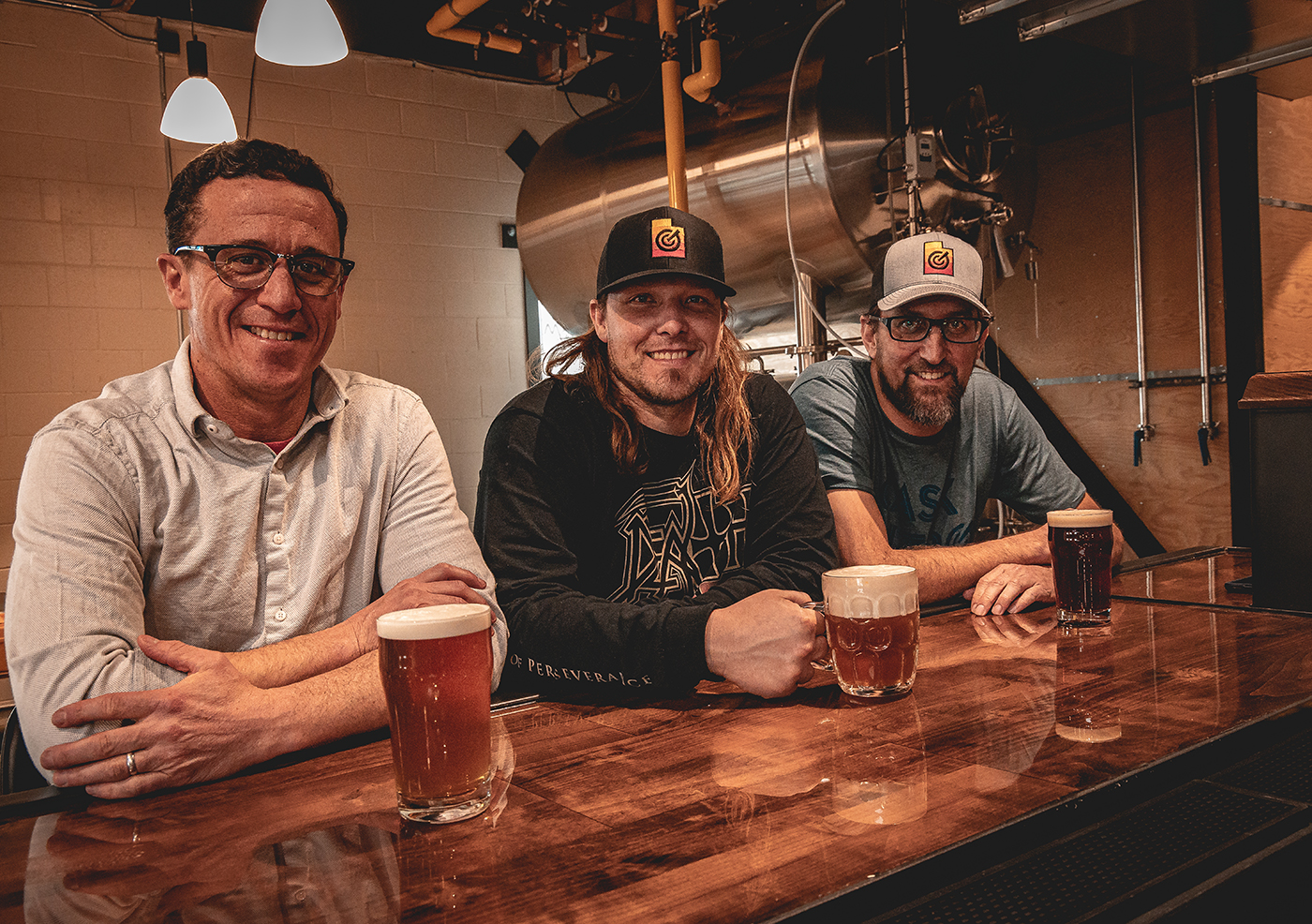 Grid City Beer Works is a labor of love years in the making on behalf of three founding partners. This lineup includes President Justin Belliveau, CEO Drew Reynolds and Head Brewer Jeremy Gross. Their aim is to create an homage to Salt Lake City where beer, food and community come together in a place that is accessible and welcoming. As all three attest, the journey to making Grid City a reality has been a long and rewarding process for more than six years. With the help of teammates like Chef Ian Clare, Vice President of Marketing Kells Nixon, General Manager Jennifer Carapezza and many others, Grid City Beer Works is shaping up to be a new South Salt Lake institution.

After falling in love with the community and seeing nascent potential, Belliveau, Reynolds and Gross began building what would become Grid City Beer Works. “We just want people to be comfortable, and it’s a place to celebrate just how awesome it is to live here,” says Belliveau. “I think we’re creating a community space that reflects how passionate we are about Salt Lake and Utah, and we want a place for others to enjoy that and experience it.”

Approachability—with all the comfort, accessibility and ease it entails—is at the heart of the experience on offered at Grid City. After reducing the existing structure at 333 W. 2100 South to three standing walls and rebuilding it from the ground up, the space was designed to be open and welcoming, proudly displaying the manufacturing process inside. Walking into Grid City Beer Works, the first thing that catches the eye is the radiant chrome of brewing equipment behind a finely crafted bar. Along one wall is a complex and striking mural by artist Bill Louis (@biltslouisart) depicting the urban layout of Salt Lake City from which Grid City takes its name. Seating made from reclaimed wood salvaged from the previous structure connects the current space to a greater history of South Salt Lake.

“We just want people to be comfortable, and it’s a place to celebrate just how awesome it is to live here.”

On Feb. 27, Grid City partnered with The Commonwealth Room to host a Tap Takeover with live music from Afrobeat band Antibalas. “I think people got it. I think people were excited about it,” says Reynolds. “It was really a special night. Antibalas was rocking!” Belliveau and Reynolds compared the experience to going to the Zephyr Club when it was still open, a formative part of what drew them into the Salt Lake scene in the first place. They were incredibly thankful to have a community partner like The Commonwealth Room that helped pull off such a perfect welcome.

“Taste, Balance and Finish” is the motto of Grid City Beer Works, and their dedication to those principles shines through in their beer and food selection. Head Brewer Gross painstakingly developed five different beers and a hopped seltzer that will be available opening day. The first is a traditional Czech-style house pilsner, which can be served either as sweet milk foam, a crisp pour to cleanse the palate or a smooth pour for sessioning. The second is a hops pilsner made from the same malt but with a bright, citrusy character, thanks to an abundance of lemon-drop hops. In addition, an American-British, hybrid-style pale ale; an orange-blossom cream ale; and a British brown ale round out their selection. The opening beer selection is excellent and varied, but Grid City goes two steps further by providing different ways to experience each. All five varieties come in cask, nitro and CO2 pours as well, to enrich the texture, flavor and overall drinking experience. This amount of customization encourages patrons to explore the taste, balance and finish of each beer freely.

“We can’t wait to get people in the space so it can be even more approachable.”

The menu shares the same spirit as the beer selection. All menu options that don’t have animal-based proteins are vegan with the ability to add proteins, cheeses and other ingredients to taste. Chef Clare’s vision is to balance the menu between flexibility and simplicity, or in his words, “Keep your options open” and have “no-brainers.” “It’s like a choose your own adventure ride for our kitchen,” says Clare. “You can have a spicy one, you can have a sultry one, you can have a savory one—whatever you want to do.” After starting with more traditional but adventurous pub-style offerings at opening, the kitchen plans to implement a rotating menu, adding more opportunities to explore other branches of flavor from around the world.

Getting Grid City off the ground was a collaborative effort. Between the beer, food and décor, the entire business came about through the vision, time, communication and dedication of the entire team. “The only thing we’re missing is the people in the space, telling us what they want because we’re going to listen,” says Reynolds. “We can’t wait to get people in the space so it can be even more approachable, and we find out what that approachability is from their perspective, not just ours.”